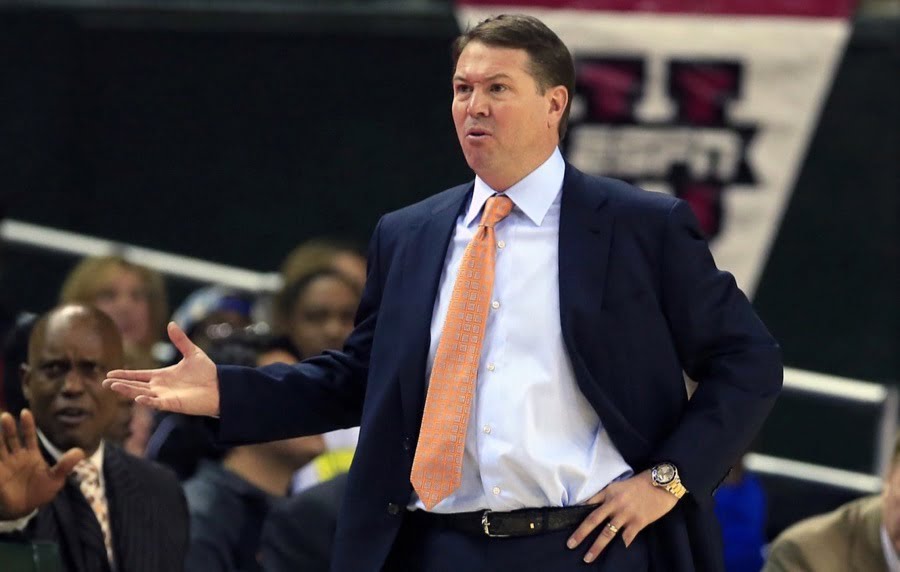 Has Travis Ford had a good season? (USATSI)

Somebody wrote a question to Seth Davis for his college basketball mailbag the other day (why, I have no idea…) about whether Ole Miss’ basketball coach should be fired.

Davis proceeded to lose his mind (and Travis Ford was prominently involved).

I don’t blame fans for indulging in this—they are fans, and therefore they have the right to be irrational—but I find it distasteful when my media colleagues put out “hot seat” lists as if these coaches are targets in a video game. Many of these lists are laughably off-base.

He’s writing this for fans to read, mind you.

All too often, we forget there are actual human beings behind these headlines. They have family and friends who read these stories, and they are hurt by them.

These coaches also have assistants who have families, and who draw a much lower salaries. Doesn’t it seem a little barbaric to offer odds on whether they will lose their jobs for the sake of entertainment? Don’t we owe these people just a little bit more respect and empathy?

I actually agree with this part a little bit. It’s easy to interact with a computer screen and say whatever you want about Travis Ford, things you would never say to him over the hightop counters in his home.

But Davis didn’t stop there.

Remember last season, when everyone was saying that Oklahoma State’s Travis Ford was on his way out? Now those same people are saying he should be Big 12 coach of the year.

Davis posted this on March 5 which means he’s positing that Travis Ford is still a Big 12 Coach of the Year candidate in some people’s minds even though there are literally zero people that think that.

I see his point about remembering that these are real humans and not robots, but Travis Ford makes actual money that a lot of folks actually pay to watch a product he produces.

Properly evaluating whether he’s sufficiently qualified for such a spot not only isn’t irrational, it’s reasonable.

Now, do I think we should do it after every game or, Lord help us, every possession? No, I don’t. I try to not write my “should he stay or should he go” pieces until after the season.

But it’s also not ridiculous to throw Ford on a hot seat list if his production isn’t living up to the standard at the school where he’s coaching.

Sure, there are other factors,[1. LIKE A REALLY REALLY BIG CONTRACT.] but it’s not baseless to match up production to expectation and say “yep, that dude isn’t getting it done.”