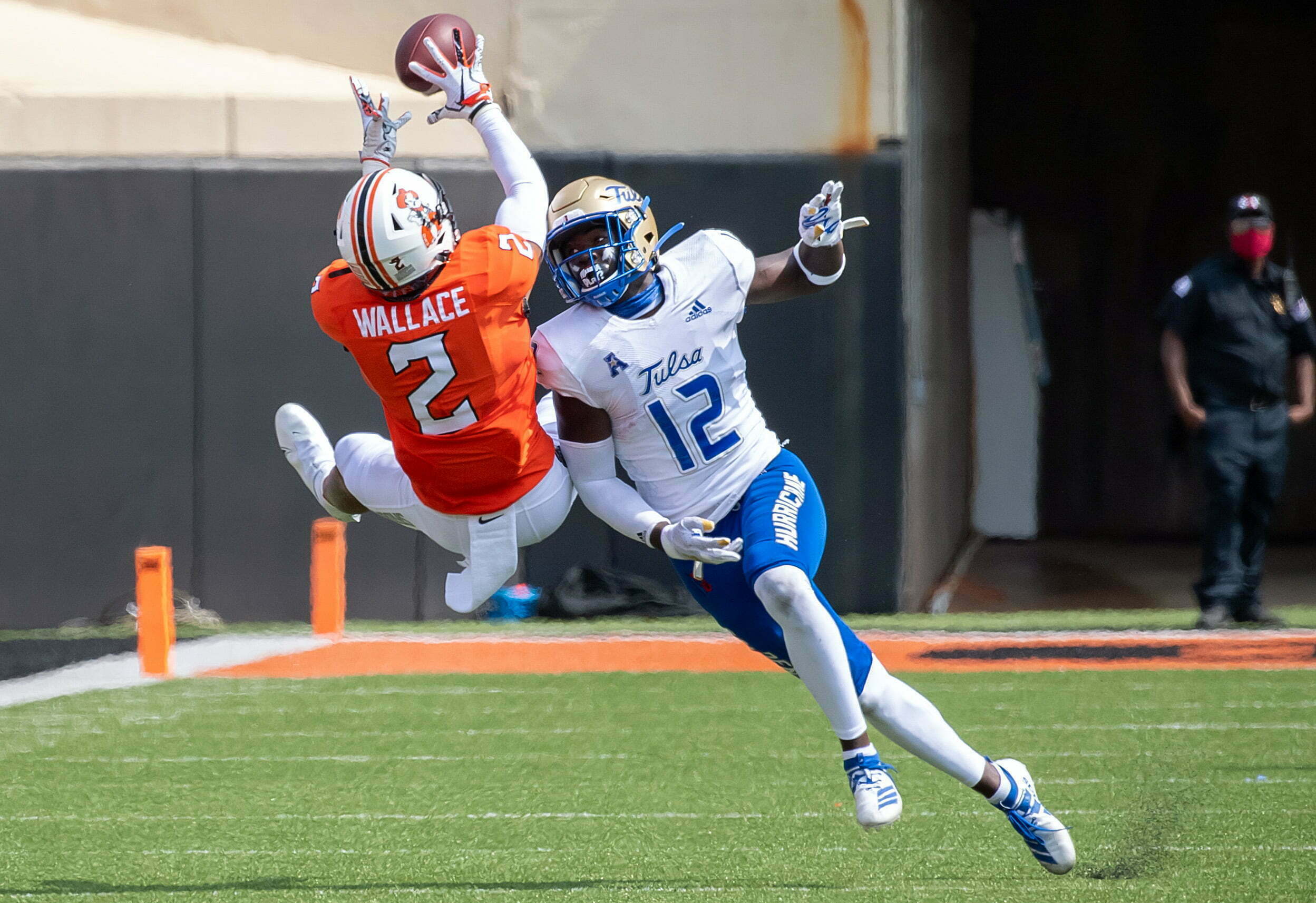 Tylan Wallace hasn’t had an issue switching among quarterbacks, and if he has to do it again Saturday, he said he will be comfortable with it.

The former Biletnikoff finalists has spanned the Mason Rudolph era, the Taylor Cornelius season, the Spencer Sanders-Dru Brown battle and now the oddity of the 2020 season. On Monday, Oklahoma State coach Mike Gundy said the Cowboys could play Sanders and Shane Illingworth this weekend against Iowa State.

Gundy said the two quarterbacks have split reps the past few weeks in practice, but whichever guy it is, Wallace said he’ll be fine.

“For me, I wouldn’t think it’s difficult at all,” Wallace said. “We spent the time with both of them. I’ve spent a little more time with Spencer over the years, obviously, but getting those reps in also with Shane, I feel like I’ve got a good understanding of how they both throw the ball and what they’re gonna do to be able to be comfortable with both of them no matter who’s in there.”

There should be more chemistry there for Wallace with Sanders. Before his injury last season, Wallace caught 53 passes for 903 yards and eight touchdowns from Sanders. The two haven’t connected this season with Sanders having just played two series.

Wallace said Sanders has looked good in practices the past few weeks.

“He looks really good,” Wallace said. “He’s back out there kind of like he never left. Really no issues, nothing really. He looks like he hasn’t missed a step. He’s out there looking normal to me.”

It took hardly any time at all for Wallace to have a connection with Illingworth. Illingworth’s first play as a college player was a 29-yard completion to Wallace.

Wallace has caught 19 balls for 325 yards and two touchdowns this season. 17 of those receptions (for 291 yards and the two TDs) have come from Illingworth. He also caught two balls for 34 yards from Ethan Bullock.

“I think for the most part, it’s just kinda spending time with them mainly on the field, but also off the field, as well,” Wallace said. “Just kinda getting to understand not just him as a quarterback but him as a person, as well. I think that is a key thing to having that comfortable relationship on the field when you’re out there playing a game.”