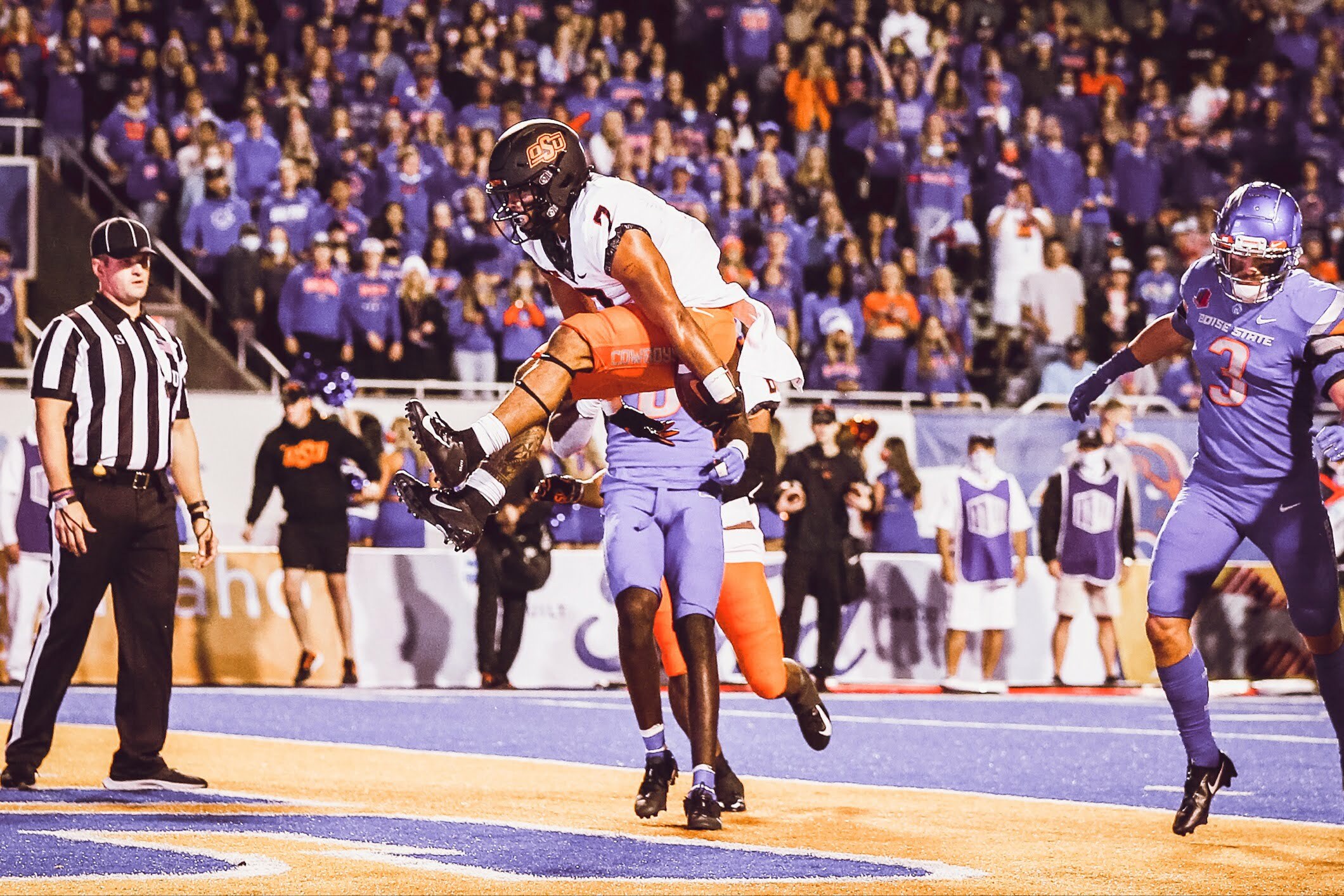 For the second straight week, Cowboys have picked up multiple conference honors.

In his first start at Oklahoma State, Warren toted the ball 32 times for 218 yards and a pair of touchdowns. The Pokes’ offense was anemic in the first quarter apart from Warren’s 75-yard sprint to the end zone.

The Cowboys entered the season with four viable running backs, and OSU coach Mike Gundy said this summer and fall camp that he’d prefer to keep the carries as even as possible among that group. But after Warren’s performance on the blue turf, he is certainly standing out.

“He is going to get his carries,” Gundy said Monday.

Taylor blocked Boise State’s would-be game-winning field goal with about two minutes to play to move the Cowboys to 3-0. Entering that attempt, Boise State kicker Jonah Dalmas had missed only one kick in his career.

“It hurt,” Taylor said. “My whole hand went numb for about five minutes after. It was worth it.”