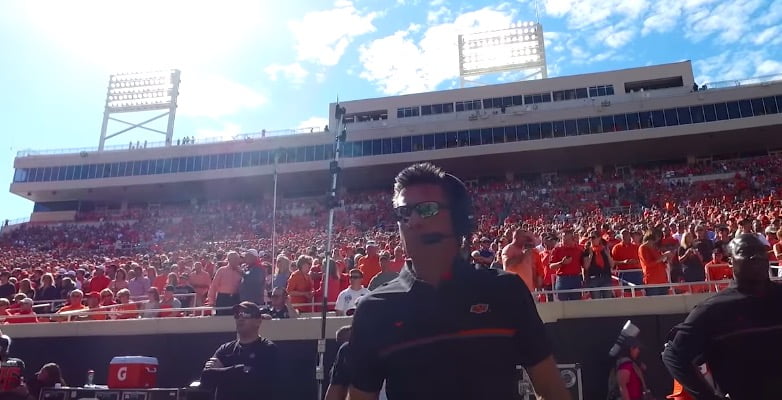 Whoo boy, I had to take a couple of laps around my neighborhood after watching this video summing up Mike Gundy’s last 12 seasons in Stillwater. ESPN’s Rece Davis and Fox Sports’ Tim Brando were asked for their thoughts about OSU football these days.

“It’s a different deal,” said Davis. “The brand is now known. Oklahoma State is a brand name now. They’ve pushed their way into the upper echelon of college football. Now, I think they’re recognized as a perennial contender.”

They are. Here is OSU’s record since Gundy took over in 2005. Exactly the same as … Texas.

“The culture now is success,” said Gundy. “That’s what’s happened around here in the last five or six years. We’ve won so many football games. We’ve done so well in the classroom. They players just have success that’s instilled in them. We’re very proud of that. They look forward to competition. People from coast to coast respect Oklahoma State football.”

Awesome. And the video is even better.