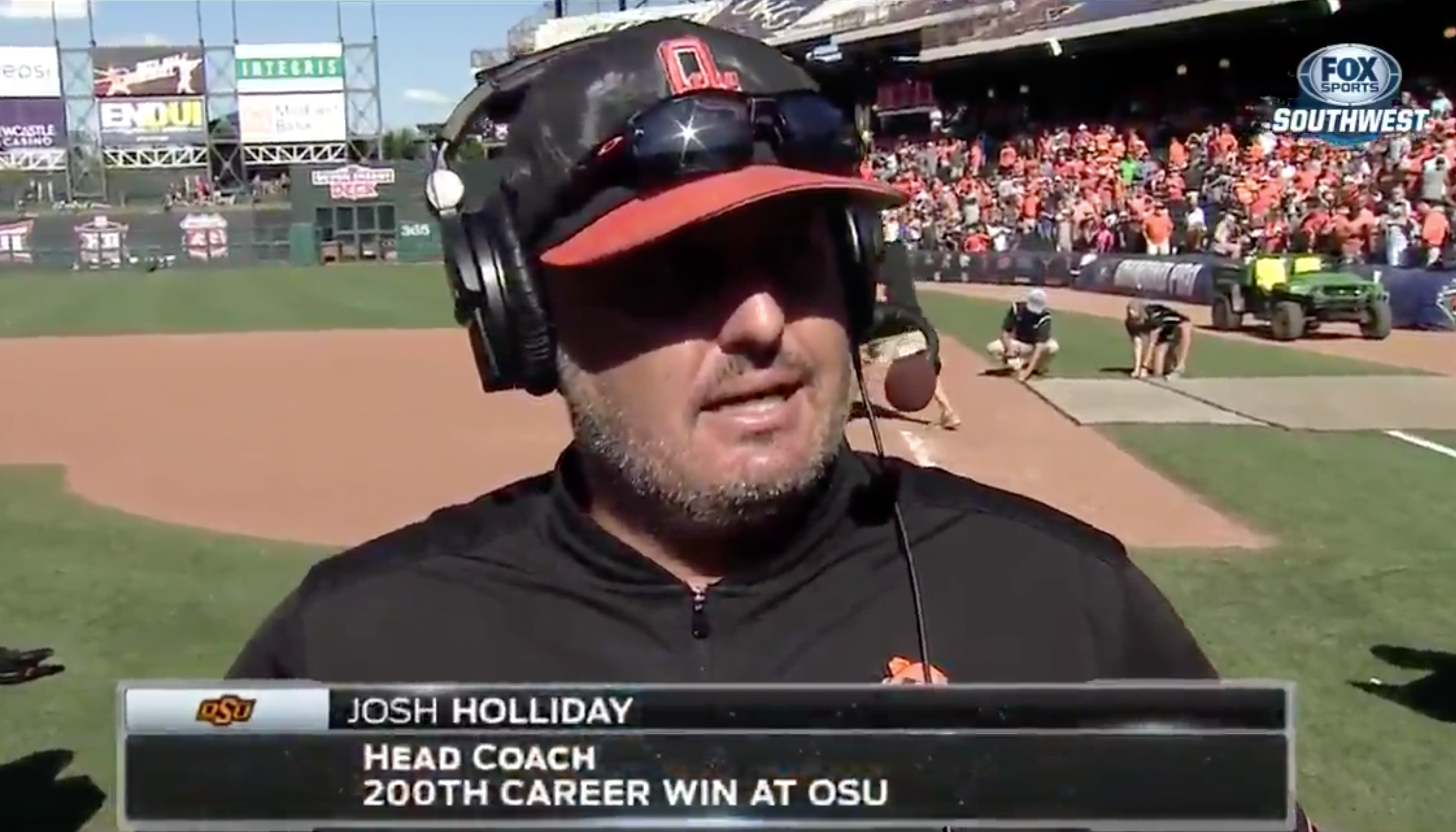 Holliday was asked two questions in his postgame interview, tried to answer them and realized he could not. All that came were all the emotions that I presume had been welling up all season long. Finally, he was able to talk and he spoke about a love for his squad and how badly he wanted them to win this and move on to the NCAAs next week.

“I’m speechless,” said Holliday. “To see it finally come together for so many of them … it’s been a tough run. The commitment to OSU baseball by kids like (Tyler) Buffett and (Trey) Cobb, kids coming back for their senior year. All you want in your heart is for them to have a good experience, and it was such a tough early run. To see them find a way to pull it together, and put the program back in the postseason.

“So many of them have smiles on their faces. It’s why you coach. I don’t have a whole lot else to say other than that’s a courageous bunch of kids. Rob Walton did an unbelievable job putting a pitching plan together despite losing two starting pitchers. I’m very humbled and in awe of the kids right now.”