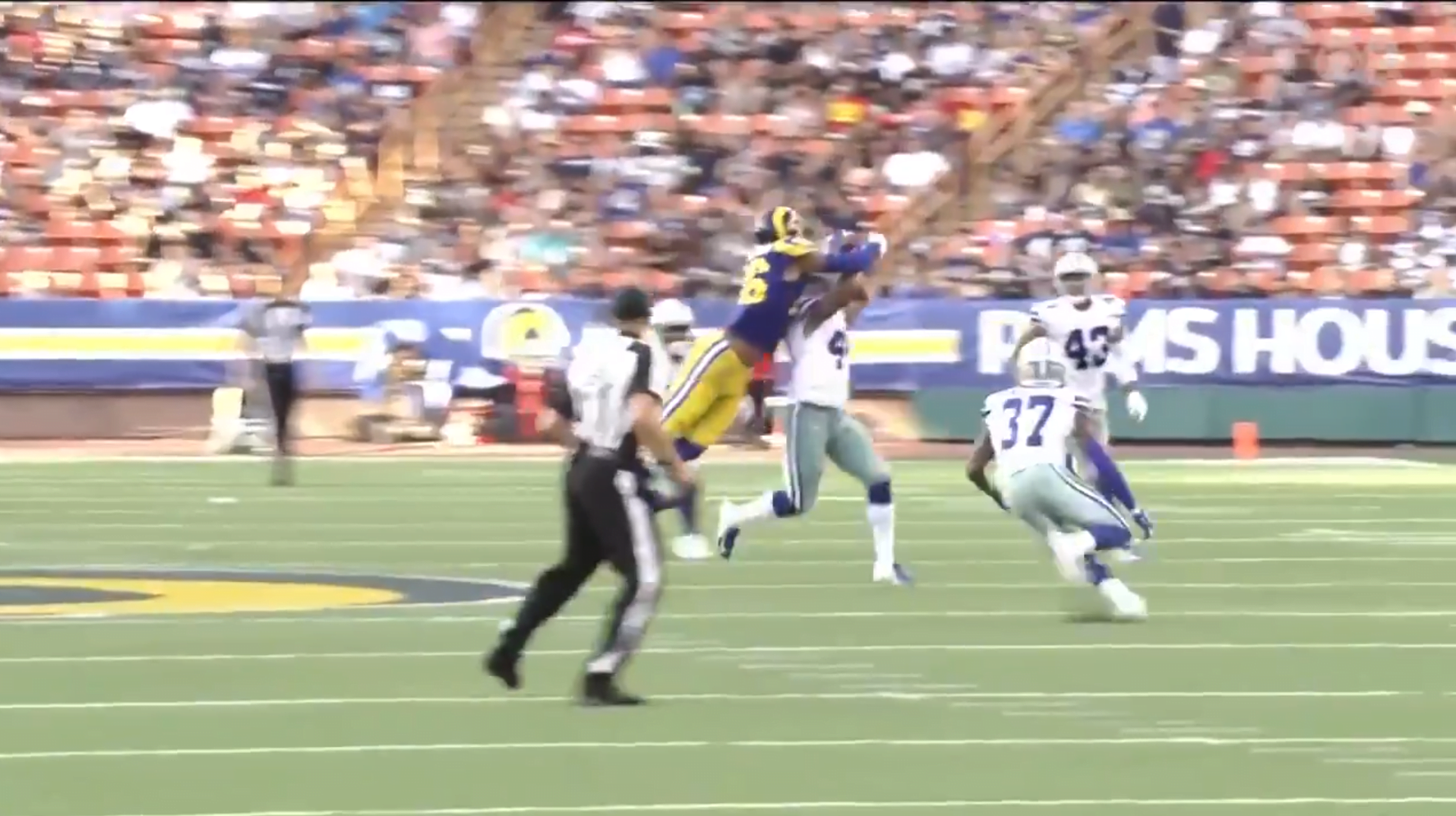 Former Oklahoma State linebacker Justin Phillips made one of the defensive plays of the preseason on Saturday night when he grabbed this ridiculous over-the-shoulder interception that would rival most wide receivers.

In four years at Oklahoma State, Phillips grabbed three interceptions including two for touchdowns in 2017.

The rookie LB also added four tackles in the Cowboys’ 14-10 win over the Los Angeles Rams.

Phillips has had an up-and-down summer. After the (OSU) Cowboys’ leading tackler went undrafted this past spring he signed as a free agent with Dallas only to be cut before the start of training camp.

But two weeks ago the Cowboys, in need of depth at linebacker, brought in a handful of prospects to work out. Phillips apparently won that audition and was given a second shot to stick in Dallas.

Phillips still has a ways to go to before  he earns a spot on the Cowboys’ 53-man roster, but buzz-worthy highlight plays never hurt.