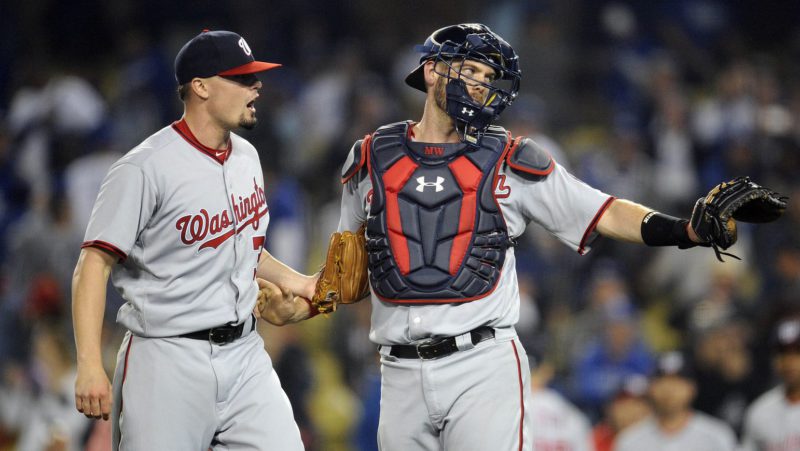 Former Oklahoma State pitcher Koda Glover is having a good year in the big leagues. His Washington Nationals have a strangle-hold on the No. 1 seed in the National League. They are currently on a 12-4 run (as of Thursday afternoon) which started with a save by Glover against San Diego on May 21. During that stretch, he’s come up with six saves and is solidifying himself as a lethal closer.

But not everyone is pleased with Glover and his celebration tactics. During their game in Los Angeles, Glover struck out Dodgers outfielder Yasiel Puig to seal his eighth save on the year and a 2-1 win.

As Puig headed to the dugout, Glover’s celebration caught the attention of the all-star who turned and started to approach the mound, which cleared the benches.

Glover gave a little insight as to what brought on his comment to Puig.

Koda Glover on Yasiel Puig: "He was staring at me. I didn't like it. It is what it is."

Fortunately, as these things seem to do, the situation amounted to little more than a staring contest and some exchanged extracurricular dialogue.