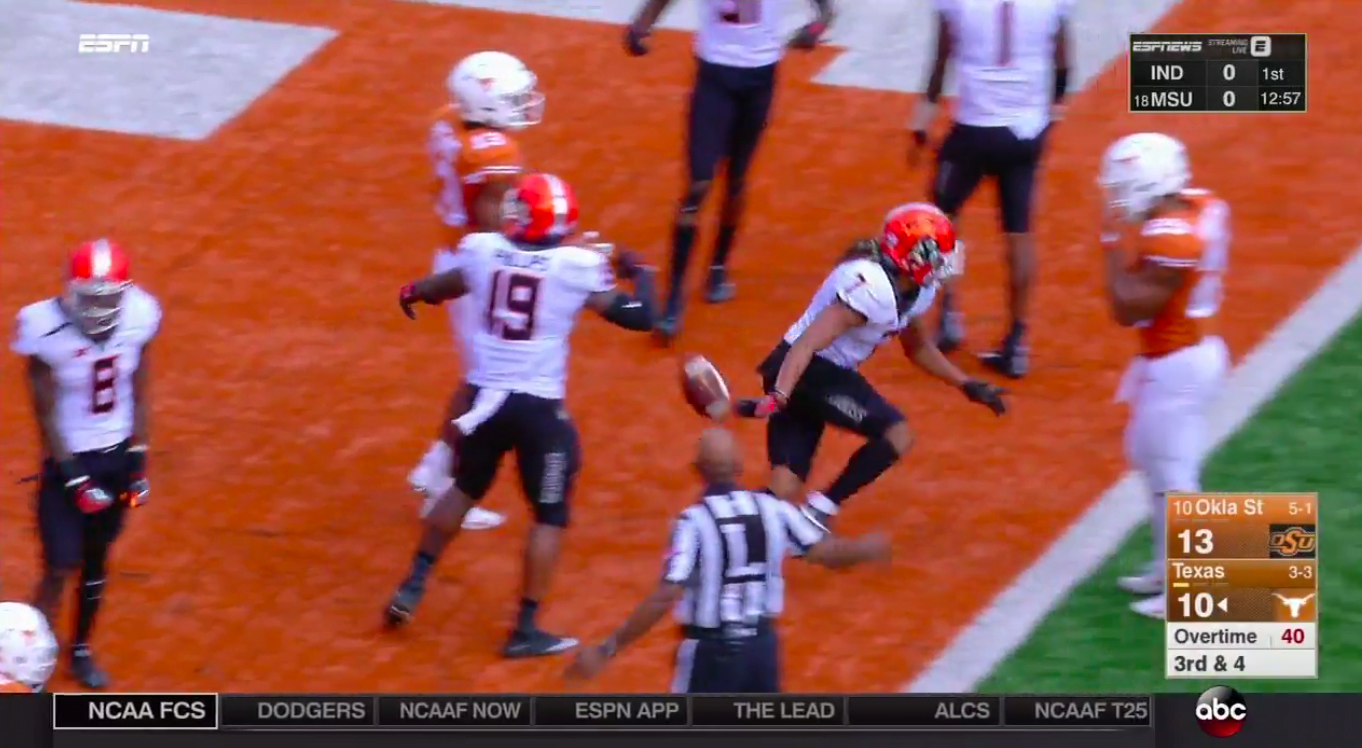 The Cardiac Cowboys returned to their form of old (sort of) on Saturday. They took Texas to overtime in Austin, and after a go-ahead FG by Matt Ammendola, Ramon Richards iced the game with the game-clinching INT.

Here’s a look at that final play and questionable toss to the end zone by true freshman Sam Ehlinger.

And here’s an incredible field view.

Oklahoma State escapes in OT. Here’s the view from down on the field pic.twitter.com/x0hRXz6o1j

“No question this is the best game our defense has played so far,” said Gundy of his defensive unit. “So proud of them and Glenn Spencer and the staff. They played their heart out.”

Here’s the hero himself postgame celebrating with the OSU faithful on hand.

Saturday’s hero goes into the stands at DKR after #okstate escapes. pic.twitter.com/xih17JPTnl

What a wild, wacky, weird win. But it’s a win nonetheless that has OSU tied for second in the Big 12 race.