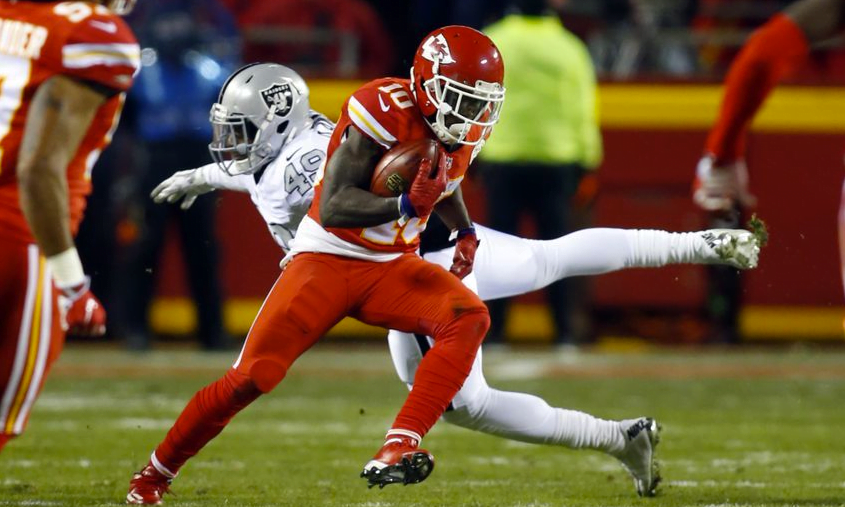 Tyreek Hill may very well be the hottest wide receiver in the NFL. If you don’t have him on your fantasy team, chances are it’s probably too late to pick him up.

He had another huge game on Thursday night against the Oakland Raiders, scoring 2 touchdowns in a 21-14 win over Oakland. The first score came on this 36-yard score down the seam to give the Chiefs their first points of the game.

Tyreek Hill living up to his Twitter handle of @ImFasterThanYa with the big play for the score! #chiefskingdom pic.twitter.com/LcaPb7lNNZ

The second? A re-punt! Fans were chanting his name in the stands before the punt return, and Hill delivered.

Yes. Yes he did. The Raiders decided to re-punt it — and Hill made them pay.