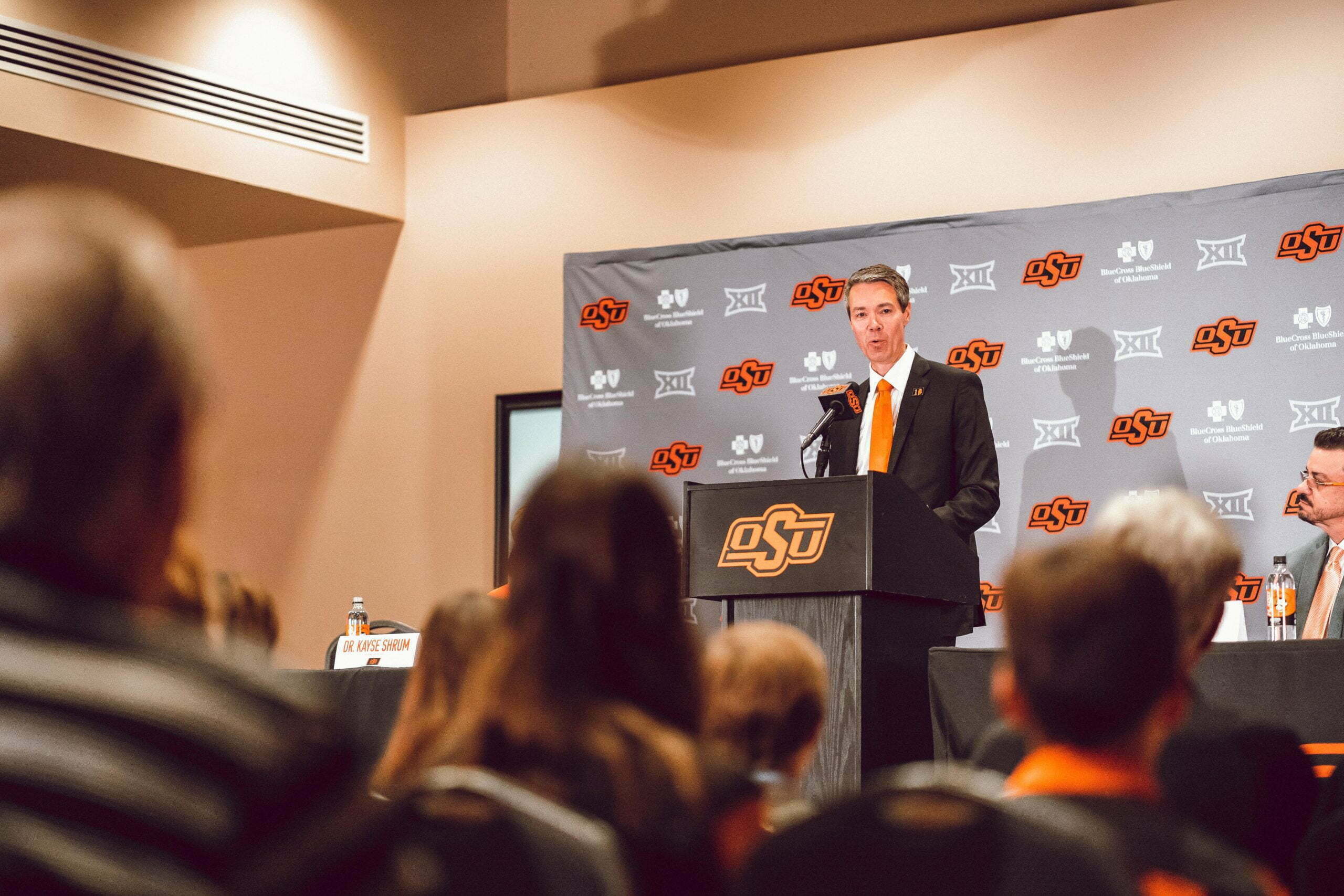 STILLWATER — Of the many things Mike Holder did well as Oklahoma State’s athletic director, transforming the school’s athletic facilities will likely forever be at the top of his legacy list.

“We do have a facilities master plan and will continue to work on that plan,” Weiberg said. “I’m not going to stand up here and tell you exactly the order of it, but we have been public with the fact that a wrestling training facility is one of our priorities. Because of the success we’ve had in softball, we know we need and want to address that facility as well. One of the final major pieces of the master plan is an indoor track. We’ve got to have a facility where our track student athletes can train when it is cold and raining.

“We will be looking at all of those things and what the timing of that looks like, we don’t know yet. Part of it will depend on the support we get for those projects.”

PFB’s Seth Duckworth reported this week OSU’s wrestling program was going to get some renovations to its space in Gallagher-Iba Arena after this summer’s wrestling camps conclude. However, there is no official word on a standalone wrestling facility, yet.

OSU’s softball stadium opened in 2000. It has had a few minor tweaks since then: a scoreboard in 2004 (that isn’t in great shape), a new infield in 2005 and some standing-room decks beyond the left-field wall. The seated capacity at Cowgirl stadium is 750. That’s the fewest among the 2021 Women’s College World Series teams, even fewer than James Madison.

OSU’s track teams opened an outdoor facility in 2013 for about $9 million. There were also upgrades to the cross-country course in 2019, but the program is lacking an indoor facility like rivals Oklahoma and Arkansas boast.

There isn’t a public timetable for when Weiberg wants these projects done, but it’s promising for all programs involved that they are on the docket.

Although Weiberg’s facility footprint might not be as big as Holder’s when all is set and done, Weiberg said taking over in a time before Holder did all that he did would be a spooky thought.

“The ramifications of not getting done what Coach Holder has done is scary to think about,” Weiberg said. “It has made the job possible and infinitely more doable. I got to come back as a visitor through all those years, and I loved doing that because I got to see the improvements that were taking place.

“It’s amazing what has happened here, but then when you think about that it all happened in a 16-year window, it makes it all the more remarkable. There were challenges in those 16 years, some economic downturns and everything else that you thought would change the plan, but it didn’t and just kept going. It’s remarkable to see in any circumstance, but in that short timeframe, I think it is just incredible, and makes my job much easier.”