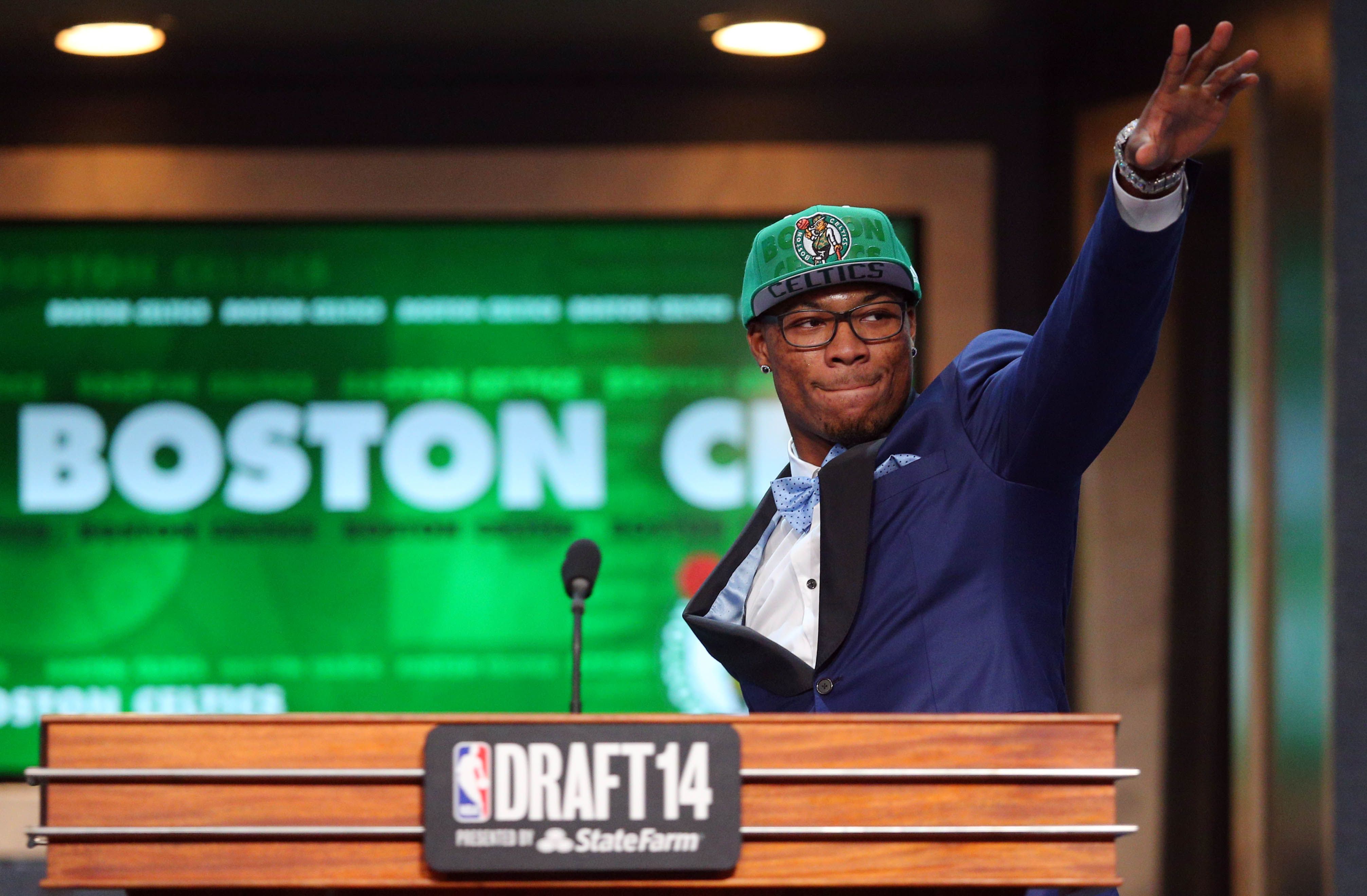 It’s been a while since we’ve done a good roundtable so I gathered the fellas around and we talked about what we think are the best and worst case scenarios for Marcus Smart and Markel Brown in the NBA.

Markel Brown: Let’s start with Markel because I feel like his range varies less than Marcus’. His ceiling is as a rotation energy guy on a playoff team. His floor is basically JamesOn Curry’s career, if not the European version. I don’t like his fit with the Nets (again, all of the guards).

I always kind of measure best case/worst case by what would shock me and I would be shocked if Markel ever turned into an NBA starter (is he one of the 150ish best basketball players on the planet?) or if he fell out of hoops altogether.

Marcus Smart: This is more difficult for me. I just don’t know that he’ll ever be the scorer you need to be if you’re going to go to All-Star Weekend in February. How many guards are considered great players solely for their defense like a Dwight Howard or Serge Ibaka is?

I think he can start or be the sixth man on a conference-title winning team but I don’t think he can be an All-Star. I forgot who threw it out there (maybe John Helsley) but I like the Andre Miller comp. In his prime Miller was a big body who could get a bunch of boards and assists and not have to score a ton.

His worst case is Boston not trading Rondo, him not having a position, and him not getting better at shooting. If that happens then he can stick around the league for 5-7 years just because of his athleticism but never be a starter on a meaningful squad.

That being said, it’s pretty cool as a teenager that your floor is as a five-year NBA player.

Ken Pomeroy lists the 5 players most statistically similar to every player on his site. Here’s how those players’ careers have panned out so far…

Marcus Smart
Best Case: He was drafted to eventually replace Rajon Rondo, and I think that’s who he should aspire to be: A triple-double machine who makes his teammates better. Neither Rondo or Smart could shoot coming out of college (RR: 27% 3pt, MS: 29% 3pt) but Rondo found a way to be an all-star caliber player. Marcus should model his game after Rondo offensively, and become Tony Allen 2.0 on defense.

Worst Case: You don’t have to leave Boston for his worst case. At worst, he’s a rich man’s Avery Bradley: Defensive specialist who scores most his points off steals and rebounds. Bradley has vastly improved his 3-point shot over the past two years. Which Smart can, and will do in the league.

Best Case: Dwyane Wade. The young one we used to call “Flash”. Lots of similarities here: D-Wade’s only 6’4, Markel 6’3. Both played some point guard in college. While Wade isn’t near the dunker Markel is, he could get it in college:

While Markel, unlike Wade, will make or break his career at the 3-point line, the combination of size, position and play-making ability reminds me a lot of D-Wade. This is obviously the best of the best case scenarios.

Worst Case: Gerald Green, pre-Phoenix. Green waited 7 (!) years for his breakthrough with the Phoenix Suns. He bounced around the league and that’s what I worry about with Markel. Is Brooklyn the place for him? Will the Russian Billionaire keep buying higher-priced options? Will he bounce around the league before a team truly gives him a chance? If he doesn’t make it in the NBA, he could always join the And-1 Mixtape Tour and dunk on everyone.