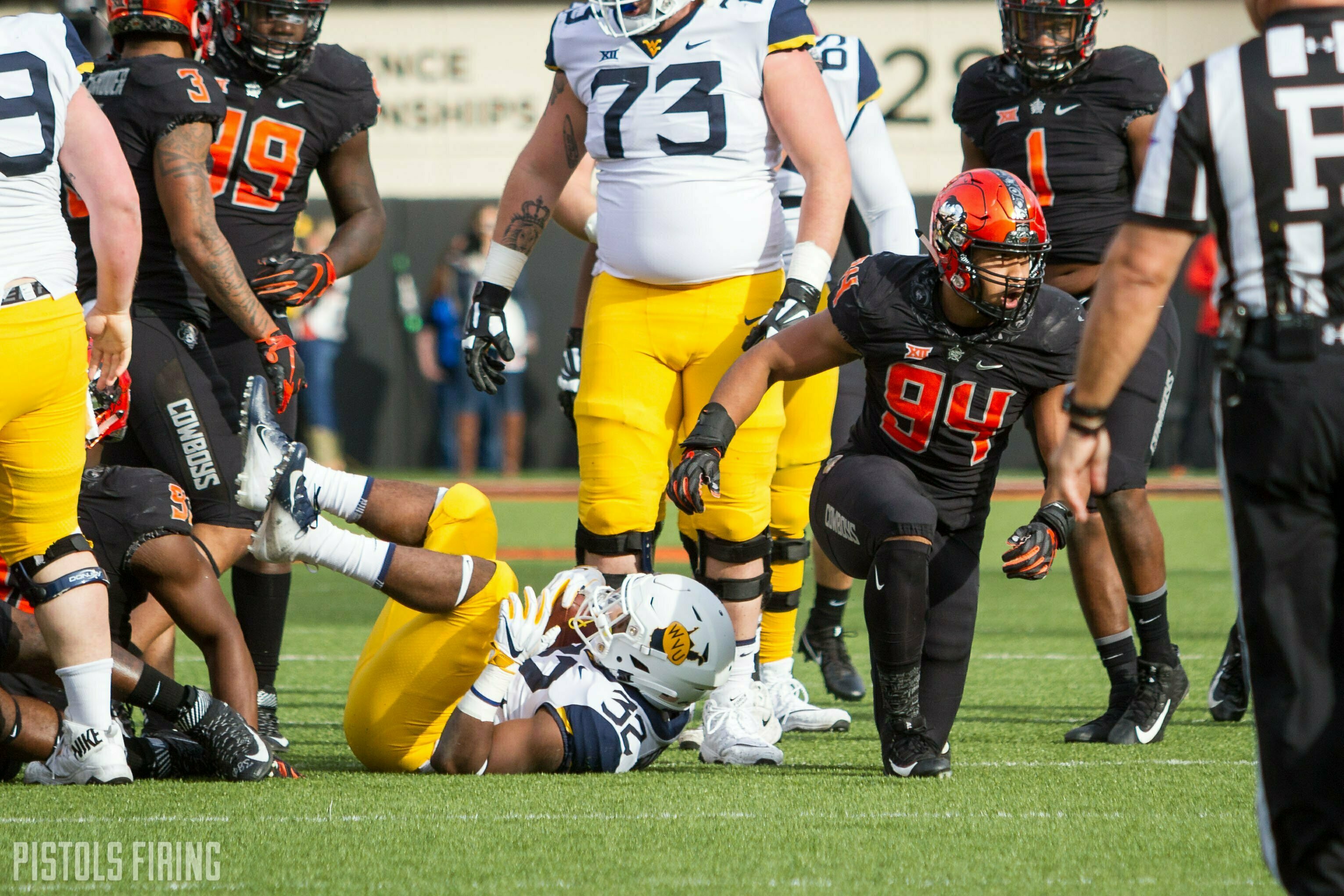 I’m not sure if you heard this, but Oklahoma State is bowl eligible following its sixth win of the season and fourth straight against West Virginia. The Pokes took down the Mountaineers 45-41 on Saturday in Stillwater and qualified for the postseason in the process. So where might they go when the bowls roll around? Well, the answer, as it usually is when it comes to bowl questions, is, It’s kinda complicated.

There are a few different things at stake, but I’ll present what I see as the three most likely scenarios on the table. First, let’s look at the current B12 standings as well as the Big 12 bowl pecking order. 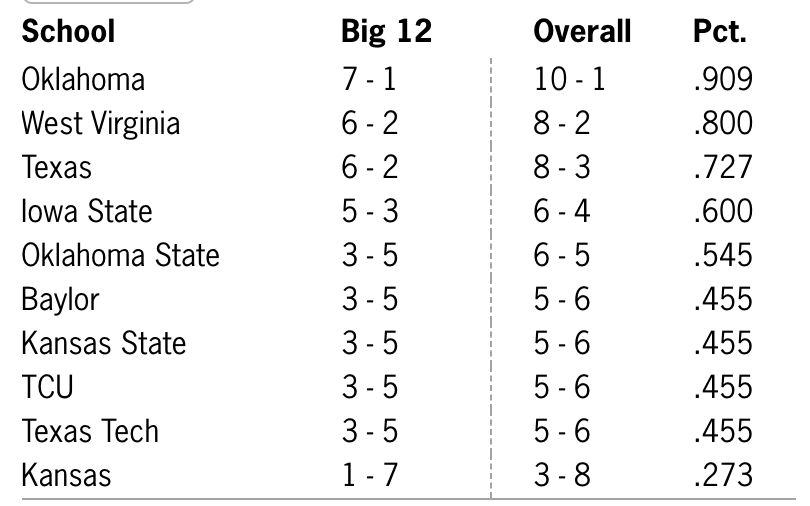 Here’s a look at the Big 12’s bowl options in order.

Here are the three scenarios.

Scenario No. 1 — OU wins B12, makes CFP, OSU beats TCU: In this scenario, Oklahoma State would have the fifth-best record in the Big 12 and the fifth-best record overall of any Big 12 team. OU would go to the CFP, another team (Texas?) would go to the Sugar Bowl, two other Big 12 teams would fill up the Alamo and Camping World Bowls. That would likely place OSU in the Texas Bowl on December 27 in Houston against a SEC team (hopefully Tennessee!).

Scenario No. 2 — OU wins B12, misses CFP, OSU beats TCU: In this scenario, OU would go to the Sugar Bowl while Iowa State, West Virginia and Texas would likely fill up the Alamo, Camping World and Texas Bowls. That would leave the Pokes likely in the Liberty Bowl on December 31 in Memphis against a SEC team or possibly the Cheez-it Bowl on December 26 in Phoenix against a Pac-12 team.

Scenario No. 3 — OU wins Big 12, misses CFP, OSU loses to TCU: In this scenario, OSU could finish no better than seventh in the Big 12. OU, Iowa State, WVU and Texas are your top four. TCU would be ahead of OSU, and so would the winner of Baylor-Texas Tech. A bowl wouldn’t necessarily have to pick TCU and, say, Tech ahead of OSU, but it’s in play that OSU could fall to the Armed Forces Bowl against an AAC team on December 22. ? That’s the seventh bowl in the pecking order.

I’m also not sure what happens if Kansas State beats Iowa State and OSU loses, which would place the Pokes eighth (!) in the conference standings given that they would have been the only team to make a bowl with only three wins in conference play.

Hopefully the Pokes take care of TCU and play their way into the Texas Bowl in Houston or Liberty in Memphis against Texas A&M or Tennessee or somebody like that. Either would be a nice crowd for OSU and potentially beating a SEC team could provide a nice capper to a strange year.

“It’s super important for the development of your program,” said offensive coordinator Mike Yurcich of the bowl qualification. “The biggest thing is our guys deserved to win. With what they put forward and what they put forth effort-wise, it’s a tremendous feeling to know that your players are now being rewarded that bowl game.

“We have TCU next and I know they are looking forward to that challenge because it’s going to be a challenge. It always is with those folks. We just have to be consistent with how we prepare. They don’t get down and you see the results of it.”

One last thing to note is that it doesn’t much matter if OU wins the Big 12 or doesn’t win the Big 12 when it comes to OSU, except that they’re the only Big 12 team with even a chance of making the CFP (which would bump everybody up a peg in the Big 12 bowls). Regardless, OU, Texas, WVU and Iowa State are all guaranteed to finish with better Big 12 records no matter what happens on the final weekend when Texas plays KU, ISU plays K-State, Tech gets Baylor and WVU and OU square off.