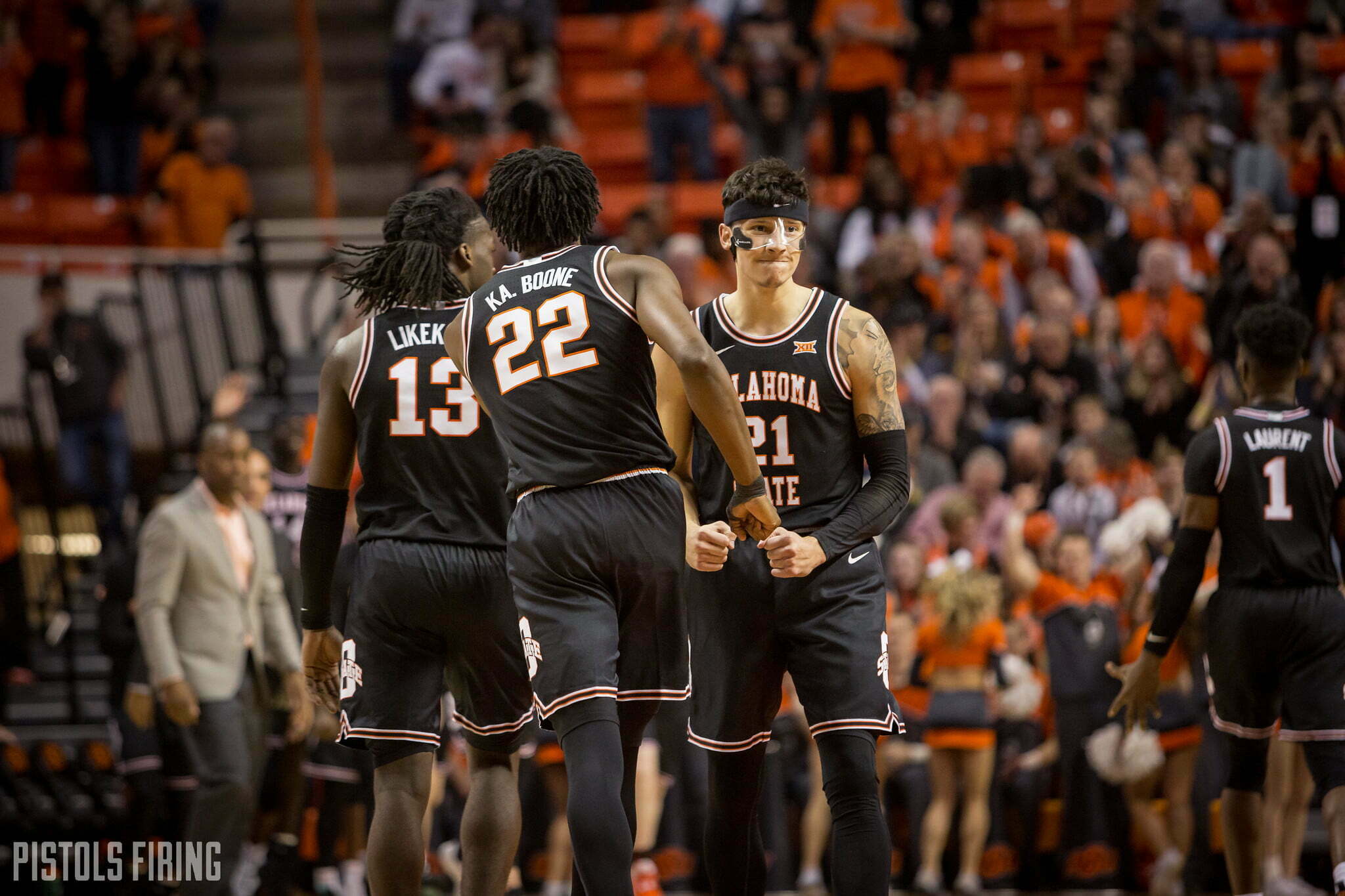 It’s still up in the air whether basketball seniors from this past unfinished season will get an extra year of eligibility, but Lindy Waters raised some eyebrows with an Instagram post.

Waters posted a video with the caption “1 more year…?” before mentioning Thomas Dziagwa and Cameron McGriff.

It seems a little far-fetched that basketball seniors would get the extra year considering they played nearly all the games, but who knows? This isn’t a piece to lobby for or against the idea (Mike Boynton did that) but rather, one that examines what Oklahoma State’s lineup and rotations would look like if Cameron McGriff, Lindy Waters, Thomas Dziagwa and Jonathan Laurent were still in the fold next season.

There’s a couple ways to look at the potential lineups, but let’s just start with the roster in order of height. It’s important to note that OSU could still add to this roster, and the incoming freshmen’s heights could be different when they actually get to campus.

First of all, that’s a lot of folks. For the first time in a long time, someone might redshirt.

We’ll start with the no-brainer starters, who would likely be in any lineup: Cade Cunningham, Isaac Likekele and Cameron McGriff. You could probably add Yor Anei to that group as well, but you’d probably be crazy to not include those first three.

A lot can obviously change between now and November, as well. Depending on when guys are allowed back in gyms, a few guys adding strength and bettering their 3-point shot could go a long way. And while starting is viewed as a big deal, it could be a team benefit for some guys to come off the bench.

With all that said, I’ll give a few iterations starting lineups with some pros and cons of each.

Pros: These might be the five best pound-for-pound players on the roster. Also, good luck getting to the basket or a rebound against all that length.

Cons: Floor spacing would be an issue for that group. McGriff would probably be the group’s best 3-point shooter with Cunningham not far behind. Although those two are capable 3-point shooters, it’s not the main facet of either’s game. So, the lane could get a little clogged, which could slow things on the offensive end.

Pros: This would spread the floor a bit more than the first one with Waters, Cunningham and McGriff all being threats from 3-point range. It would also stagger Anei’s and Kalib Boone’s minutes, something that might be necessary considering both were foul-magnets at times last season.

Cons: There’s a thought out there (that I don’t think I agree with) that Waters playing too much would smother some development of new guards. Sure, those guards playing time would dip a bit, but at the end of the day, *Herm Edwards voice* you play to win the game.

Pros: This one is kind of a best of both worlds. You keep the height because Keylan Boone is a matchup nightmare at a long 6-foot-8 on the wing, and he can shoot. It also gives more minutes to a guy who would be in OSU for a longer period of time.

Cons: With that said Keylan isn’t as proven at this level quite yet. He has a lot of fun attributes, but he only played 20 minutes in a game once in his freshman season.