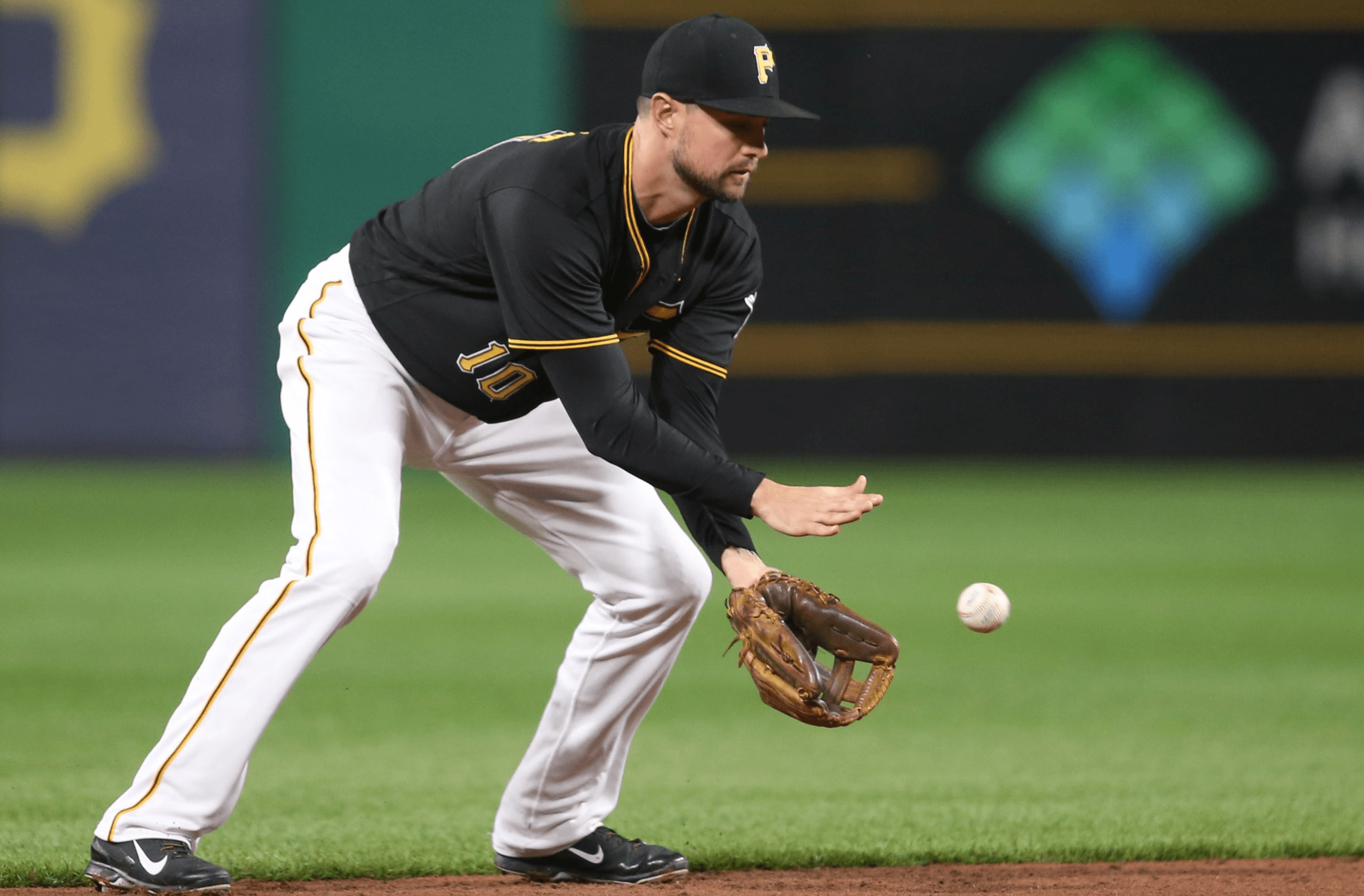 Last week we looked at what James Anderson is doing in Europe, but this week we’re going to switch sports and check in on Jordy Mercer as his baseball career unfolds in Pittsburgh.

Mercer is in his 5th full year with the Pirates and 6th overall. He’s struggled so far in 2017, though, as he’s hitting just .205 through 34 games with a .596 OPS and two home runs. Pirates manager Clint Hurdle even sat him a few weeks ago despite Mercer’s desire to start all 162 games.

He has made $7.4 million in his career including $3.4 million this year alone, and despite a bit of a down year so far, he has been solid for the past few years, and has the Pirates thinking about giving him a long-term deal apparently.

The Pirates could be pursuing a contract extension with shortstop Jordy Mercer, the rare regular who hasn’t signed an extension. According to multiple reports, the Pirates and Mercer’s representatives have had preliminary discussions about a multiple-year deal. [Pittsburgh Post-Gazette]

Mercer is currently the 14th-highest paid shortstop in the league. It will be interesting to see how this contract situation plays out. Mercer is eligible for salary arbitration in 2018 and can be a free agent in 2019. Are his early season struggles for Pittsburgh an aberration? Probably, given his five-year history in the bigs. Mercer’s 162-game average is as a .255 hitter with 10 home runs and 52 RBIs.

But he’s also into his early 30s after spending part of six seasons in the minor leagues and a full college career.

“I graduated with seven in my entire class as a senior at Taloga,” Mercer told The Oklahoman. People ask me all the time, ‘How in the hell did you make it to where you are?’ I always say, ‘You know what, it just happened.’ It’s part of God-given ability, being blessed, making good decisions, what I’ve learned and what I’ve worked on and putting it all into play. I kept my head down and kept pushing forward.

“I went through every level of pro baseball, Single-A all the way up, Double-A, Triple-A. It definitely wasn’t easy for me. But it’s something that is so much more satisfying, coming from a town like Taloga and not having a lot of opportunity.”

Mercer was inducted into the Oklahoma State Baseball Hall of Fame during the offseason.

“Just so many great players, not only in the Hall of Fame, but who have been through the program at Oklahoma State over a number of years,” said Mercer.

“To be able to put that uniform on and have a chance to play there, at a great school, and have the success I had, coaches believing in me and giving me a chance to play, and now I’m going to be in this elite group, words can’t describe it. It’s unbelievable. I still tell people all the time that it was the best three years of my life. And I truly mean that.”

Hopefully he’ll have several more than that playing in the big leagues for however long his career lasts.