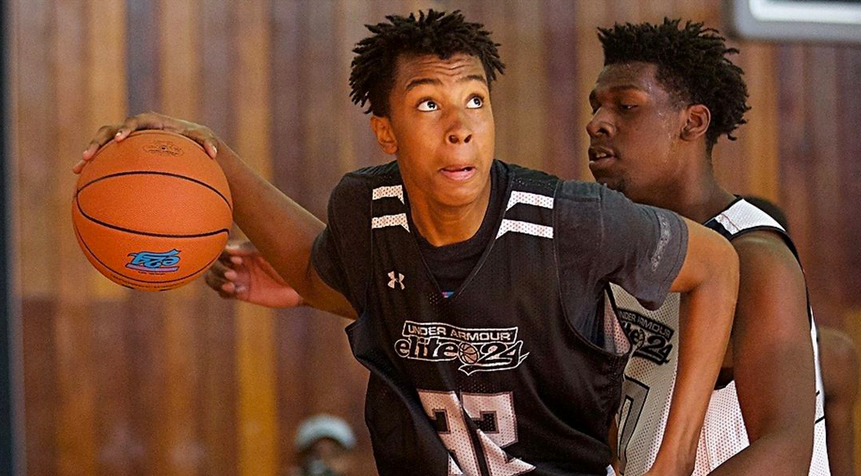 With the July live period upon us, Mike Boynton and his staff have hit the trail in search of future Pokes.

Since taking over the program this spring, the newly-minted head coach did what he needed to fill out the current roster by adding Kendall Smith, re-recruiting Zach Dawson, and landing big-name transfer Michael Weathers. Now, he’s tasked with filling out his roster of the future. So who might the staff be targeting this summer?

Here’s a look at names to watch in the live period.

The coaching staff is expected to drop in for a visit to see 2018 center Moses Graham this week, Adam Zagoria of Zagsblog.com reported this week. Graham is a five-star center from the New York Area whose 7-foot frame and freakish agility has earned him a spot among national rankings in the top 10 in the class of 2018.

Along with OSU, Kansas, Duke, UCLA and Kentucky are all expected to pay the big man a visit in the live period.

The staff made a scholarship offer this week to 2020 center Mark Williams of Norfolk, Virginia. Williams is a 6-11 center whose biggest offer to date outside OSU has come from Buzz Williams and the Hokies program. VCU and James Madison have also offered.

Tshiebwe has long been on the WVU radar after an early offer from the Mountaineers, but he’s gained recent attention from Virginia Tech and OSU that could potentially sway him. Tshiebwe is a four-star standout and top-200 prospect in the 2019 class.

2019 power forward Isaiah Stewart also picked up an offer this week and is the latest in a growing line of targets from the New York area. A four-star recruit, Stewart has 23-plus scholarship offers that has grown substantially with offers from Florida State, OSU, Northwestern, Marquette, Memphis and Washington in the past month alone.

Stewart plays for Albany City Rocks on the AAU circuit and is a dominant, rim-running forward.

“Coach Evans is a Breakdown guy,” Weaver told Scout. “We have that connection because of that, and we talk about the old days when he was with Breakdown, and just how I would be able to come in and play right away and be an impact player for them.”

Weaver originally planned to narrow his list of schools on July 17, but has since backed away from those plans and declared his recruitment to be wide open. That could be a welcoming sign to OSU that the Pokes are still in the mix despite heavy interest from Nova, Ohio State, Louisville and others.