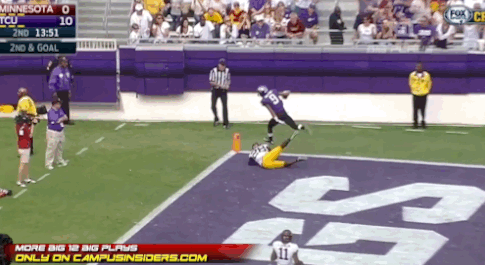 Jhajuan Seales and Josh Doctson both made crazy one-handed catches on Saturday. Seales’ came in a 43-13 route of UTSA and Doctson’s in a 30-7 win over lowly Minnesota.

I actually think Seales’ might have been better. Doctson’s gets highlighted because it was for a TD but Dez made that catch twice a game and it looked like he could have two-handed it anyway.

Seales had to reach himself beyond what he probably thought he could do to fingertip catch Daxx’s toss.

Either way, both are incredibly impressive.