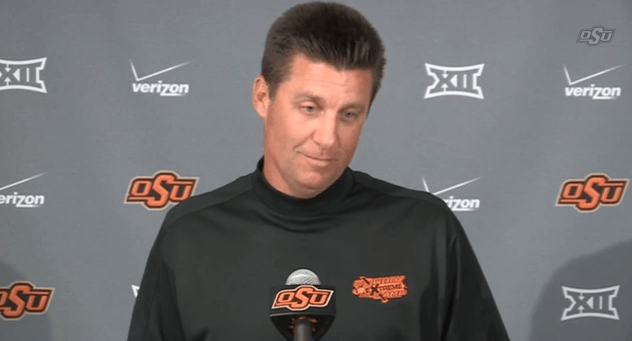 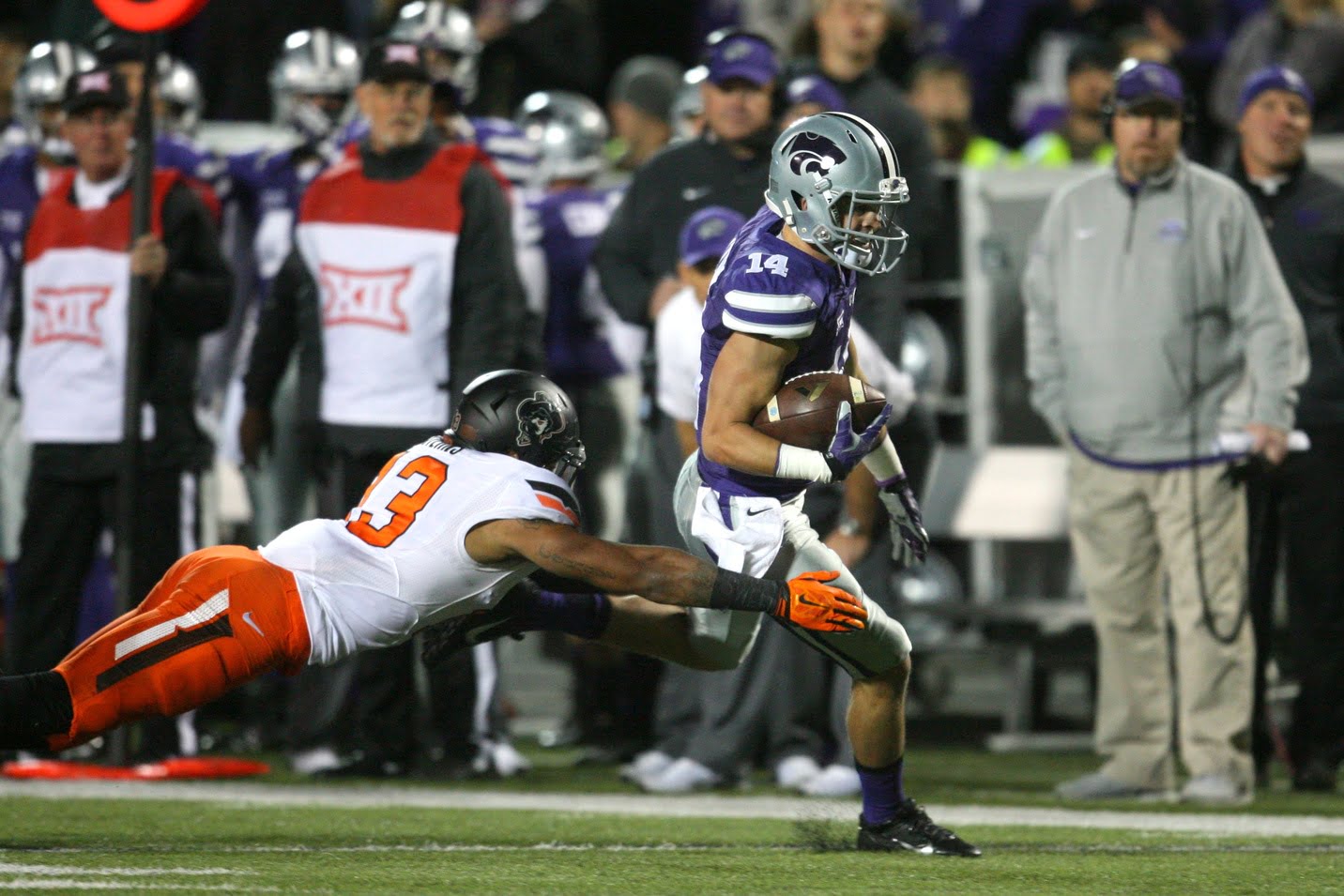 This season has been an abject disaster — I don’t think anyone disagrees about that. Even the most orange-blooded among us (looking at you, Walt Garrison) is bummed out about how this season has gone.

But where there’s a downturn in the market there’s always money to be made on the inevitable upswing.[1. Michael Lewis is free to use that in his next book. Just gonna keep pumping highbrow ideas over here.]

There’s always money to be found when you hit rock bottom and I think this is what rock bottom looks like for OSU fans in the 2010s:

#okstate is No. 87 in the country in offensive points per drive this season. Teams ahead of it: Purdue (!), Illinois (!), Kentucky, Iowa St.

We aren’t allowed to bet on college football games in the great state of Oklahoma (allegedly) but if we were allowed to be on them, or the folks playing and coaching them, this is a list of people whose stock I would buy (or sell).

Haha….haha…I can’t believe I just wrote that. But really, how do you sell something valued at $0.01?

There’s a case to be made that Yurcich isn’t as bad as this offense makes him look — I think it involves Daxx’s dad, a pipe wrench, and the bowels of Gallagher-Iba, but still, it’s out there.

This offense is four humans (a QB and three linemen) from being a top 20 offense — I really believe that — and I’m still confident Yurcich could drive that thing.

He will likely be let go at the end of the season because there always has to be a scapegoat but it’s unfair to pin all (or even most) of this year’s failure on him.

I’m not buying because I think he’s Monk 2.0 but because according to this market you’d have to spend five hours digging a hole at the Grand Canyon to locate his ticker symbol. I think he’s better than that.[1. Maybe only slightly.]

I want all of it. Load up the 18-wheeler OSU takes to away football games with Jordan Sterns stock and just dump it on my front lawn.

Tyreek Hill — Sell[1. It was difficult to find anyone to sell.]

Look, I love No. 24. He’s been a shining star in a sea of sadness this season, but OSU is having to build its offense around him because he’s the only human in Payne County who can make this offensive line and QB look remotely competent.

In an elite offense he would be a specialty back and an unreal return man. I’ll go to my grave singing the praises of Joe Randle in the air raid (basically the perfect back for it) — Hill isn’t as versatile.

Even though I wrote that OSU should re-structure its 2014 offense around The Freek (because, what are the other options?) I’m not buying that he’s going to be much more of a killer than he is right now.

He doesn’t block, misses seams on his runs, and isn’t as patient as he should be. He’s a heck of a weapon but he shouldn’t be an entire offense.[1. We’re basically running the Keiton Page Memorial offense with Tyreek right now in football. Give it to the fast guy, see what happens. That’s fun (sometimes) but it doesn’t exactly work.]

Bring it to me now so I can be sipping Mai Tais on a beach in the Caribbean in 2016.

The underrated storyline of this season is how much time Tre Flowers and Ramon Richards and James Washington are getting. You’re effectively looking at a lost year to try and fill in the gaps the 2010-11 recruiting classes left behind.

Big picture, I’m fine with that and I think Richards is going to be a special corner.

He’s just not that good. I don’t think he’s necessarily as bad as he’s looked but I think to blame his inefficiency on OSU’s offensive line (like Gundy tends to do) is short-sighted and actually leads to an unrealistic expectation of “Daxx with a good offensive line.”

He would be better (who wouldn’t?) but not to the degree that you’d expect someone getting more than 0.00003 second to throw should be.

I thought the people who said JW would be better for this team because he could run and throw behind the thing we’re calling an offensive line were correct but I didn’t know they were this correct.

Father forgive us, we have sinned against our overlord, Mr. Patton — please bring him back swiftly and with a full healing.[1. Uh, unless Mason Rudolph can toss it around the yard a little then forget everything I just wrote.]

The insanity I see on Twitter about how Gundy should be canned is a thing of beauty to any investor in future returns.

I want all of the Gundy stock. Holder, if you have any to dump, I’m buying. City of Stillwater, I will take it off your hands. OSU fans, send me your order forms — I am unloading all of my savings into stock in Mike Gundy.

I’ve loved his press conferences over the last month because I feel like if this really was going the wrong way then Gundy would be a lot more frisky. Instead, he sits up there as if he knows something the rest of us don’t.

That something is either that he’s going to be paid $7 million a year to coach the University of Florida or that OSU is going to be really, really good in 2015.

I’m betting on the latter.