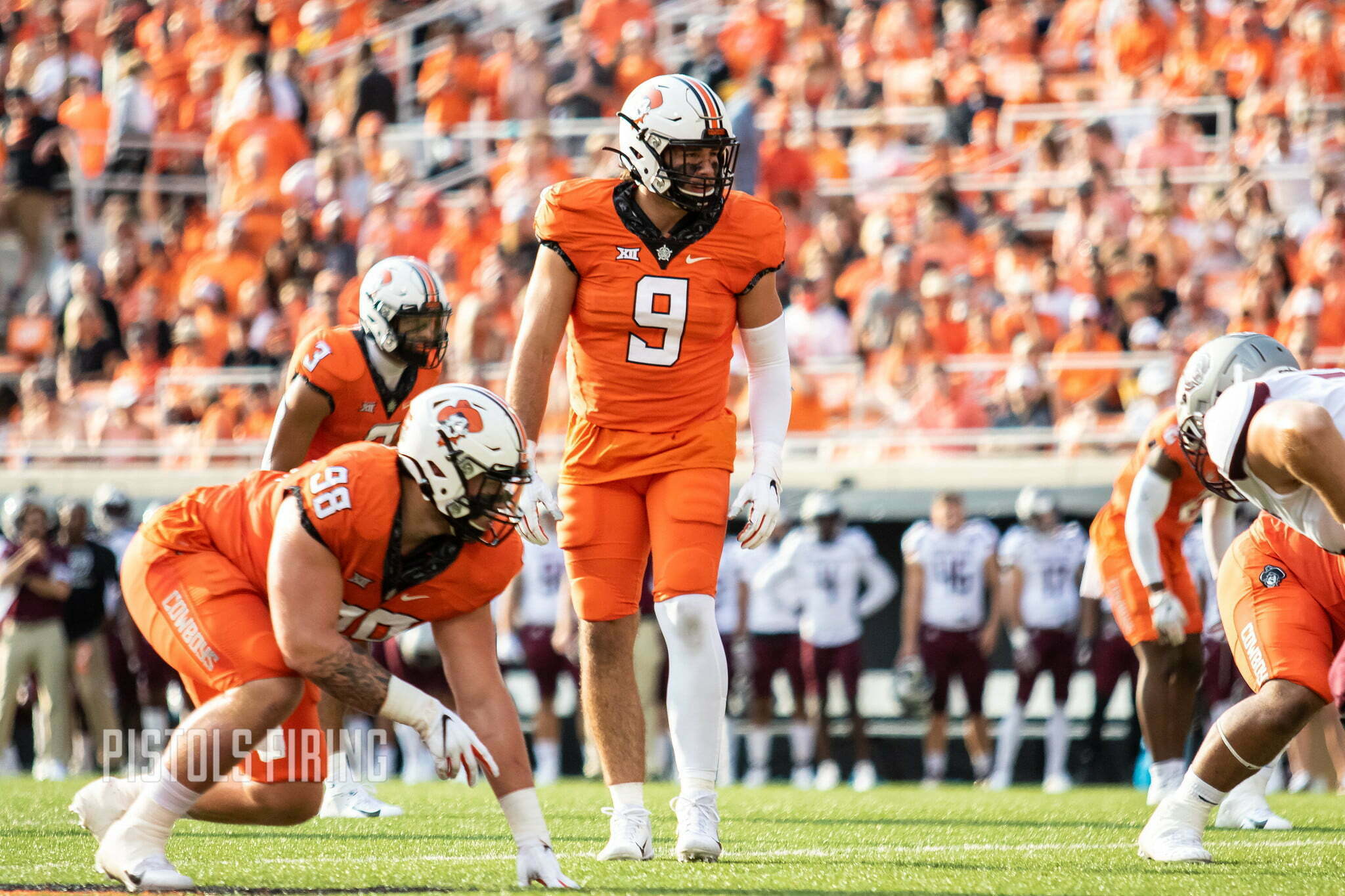 STILLWATER — COVID-19 eligibility waivers have thrown a lot of things out of whack, but this historically great Cowboy defense seems in position to benefit from the madness.

At his media luncheon Monday, Oklahoma State coach Mike Gundy made the proclamation that the Cowboys have eight guys coming back who should be graduating, and it sounds like most of those are on Jim Knowles’ defense.

“Most of the defense is coming back,” Gundy said. “They already told me they want to come back. They love it here. They want to be able to play another year, and they’re coming back.”

Not too long after Gundy said that, senior defensive end Brock Martin made his return official, but who else could join him?

The 2020 season didn’t count toward athletes’ eligibility because of the pandemic, meaning some players listed as seniors still have a year to play, which includes a lot of the Cowboys’ defense. Here is a look at the senior contributors to OSU’s defense and their eligibility.

It isn’t a lock all of these guys will return with NFL possibilities or just wanting to move on with their lives.

So, linebacker will be a position of need entering the 2022 campaign for OSU with young guys such as Mason Cobb, Kamryn Farrar and Nick Martin already on the Cowboys’ roster.

Despite being redshirt seniors, Martin, Evers and Sterling are eligible to return in 2022 should they choose, with all having redshirted in 2017 and using their eligibility in 2018, 2019 and 2021. As for junior college products Tyren Irby and Sione Asi, 2020 was both their juniors seasons, but that didn’t count toward either’s eligibility. So, while they’re listed as seniors, this is a pseudo junior year for them.

Other guys who seem old on OSU’s roster include Tyler Lacy and Jason Taylor, who are both listed as redshirt juniors, meaning not only could they play in 2022, but they could also play in 2023 should they choose.

It’s a little more murky on the offensive side of the ball for the Pokes, so take this next portion with a grain of salt. For one, there aren’t a ton of senior contributors. Tay Martin, Jaylen Warren and Danny Godlevske will have exhausted all of their eligibility after this season.

Having redshirted in 2019 after arriving from junior college ball, Dez Jackson was listed as a junior in 2020, meaning he would have eligibility in 2022.

Then things are unclear for two college football dinosaurs in LD Brown and Josh Sills.

Sills redshirted at West Virginia in 2016 before playing full seasons in 2017 and 2018. He played in only two games in 2019 before missing the rest of the season with injury. He then transferred to OSU and played the 2020 and 2021 seasons. There is probably a possibility Sills could get a medical redshirt for that 2019 season (unless there is some statute of limitations on applying for one) then with the redshirt year and COVID year, he could potentially exhaust his eligibility in 2017, 2018, 2021 and 2022. A lot would have to fall into place for that to happen.

As for Brown, 2021 should have been his fourth season of eligibility, but he was injured having played in only three games, opening the possibility for a medical redshirt. Brown got to Stillwater in 2016.

As I mentioned, things are more cut-and-dry on the defensive side, but this veteran group of Cowboys could be another year wiser next season.