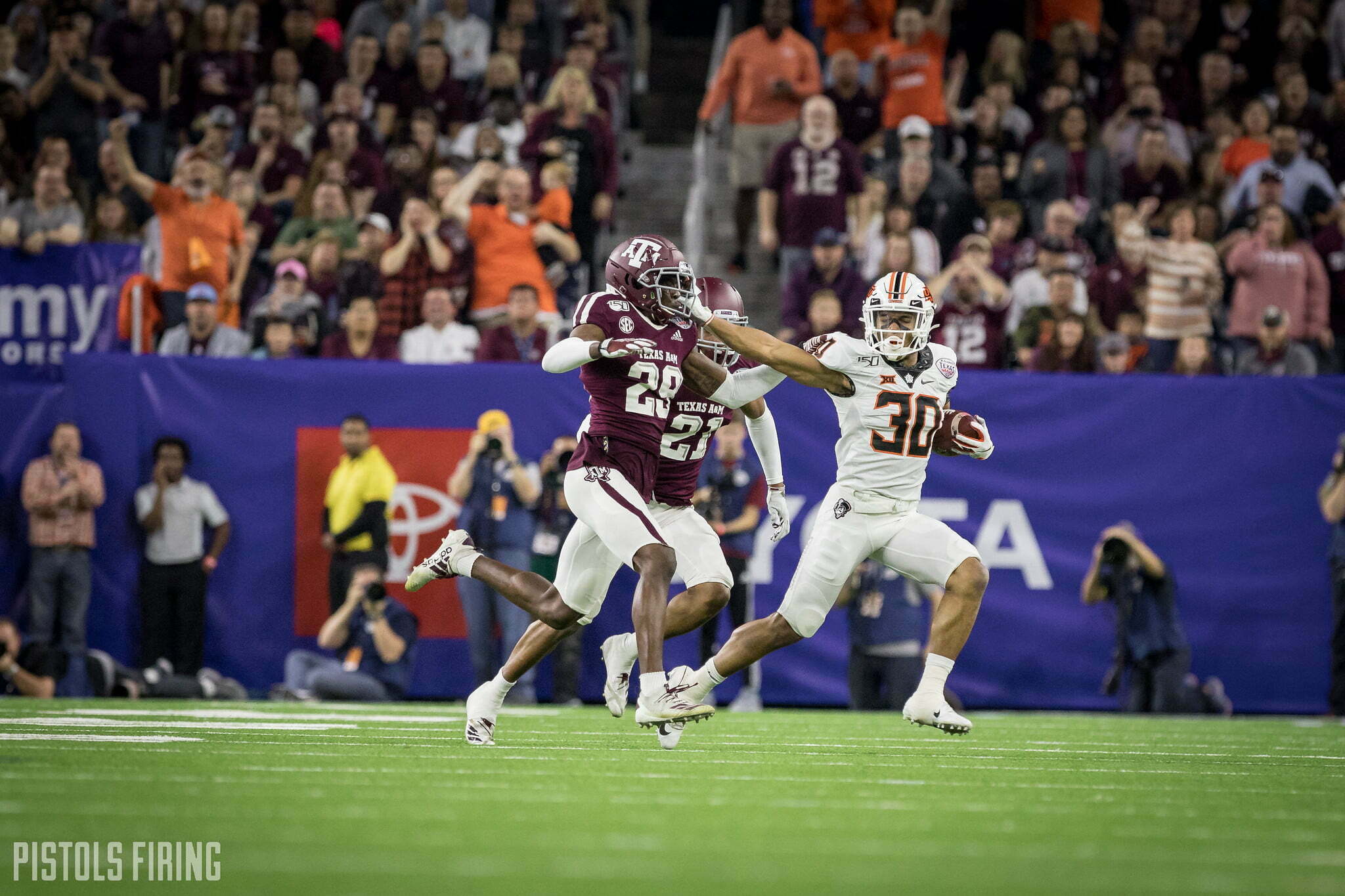 It’s only a matter of time now for the league that’s normally ahead of the curve when it comes to going on the offensive. With the Big Ten and Pac-12 announcing several weeks ago that they would play conference-only schedules and the ACC and SEC announcing something very similar this week, only the Big 12 has yet to disclose its intentions about what the 2020 season holds.

That news could be coming very soon, too.

There was a apparently a top-secret Big 12 meeting, which Kansas State coach Chris Klieman told local rotary club members about (which is just the best!) on Thursday.

“I may not have all of the answers because they’re changing on a daily basis,” Klieman said at the rotary club meeting. “You’re seeing one conference going to scheduling just conference games, one conference, going to the spring, so on. There’s going to be more conference based things and that’s what we’re visiting about this afternoon.

“Because we saw the ACC came out with a model yesterday, the Big Ten we know has already come out with their model, and the Pac-12 we know has already come out their model. Where I was at North Dakota State, a number of the schools around the area have opted out of football or moved it to the spring, so everybody’s going to have to come up with their own plan by conference.”

So here’s where we stand right now.

While the news of the ACC and SEC playing almost exclusively conference-only schedules doesn’t really affect Oklahoma State’s current schedule (last time I checked, neither Tulsa nor Western Illinois are in either of those conferences), it could feasibly affect what the Big 12 does as a whole because, well, is the Big 12 going to be the lone conference trying to get a 12-game schedule in with three non-conference games (that would have to be with non-Power 5 schools)? I doubt it.

This despite optimism up until the end. Here’s Brian Davis of the Austin American-Statesman last week.

In a wide-ranging interview with the American-Statesman, Texas Tech President Lawrence Schovanec said league presidents generally want to play a full 12-game season. Still, the league must be “prepared to pivot” should circumstances change surrounding the COVID-19 pandemic. [AAS]

And here’s the money shot from that article last week on the Big 12 playing 10 games.

The league is also looking at a “plus-one” model, whereby the league would play its regular nine conference games plus one additional non-conference game. It’s thought the Big 12 would partner with the SEC to help fill out an entire slate if that happened. [AAS]

If the Big 12 follows these other models (say, a conference schedule plus one in-state game, i.e. the plus-one) then it’s easy to see OSU’s schedule staying mostly the same other than dropping Western Illinois. I’m not totally sure this makes sense from a logistics standpoint (I don’t know that it doesn’t either), but this or just nine straight Big 12 Conference games appears to be the direction we’re headed.

The SEC slate is fascinating, too. Bumped to nearly the end of September with multiple bye weeks built in. Now it’s the Big 12’s turn.

Is the Big 12 really going to open its season four weeks before the SEC?

I'd believe anything at this point.

The SEC did not release the actual schedule yet. Just that it will start Sept. 26, two open dates (including everyone on Dec. 12), championship on Dec. 19.

All is not lost of course. Though I would have preferred dropping Tulsa and Western Illinois if you were going to drop any non-conference games at all, still having a Big 12 season would be a great thing! As Stew Mandel pointed out, for a lot of teams (and their fans) it will actually be a net positive.

Theory: Once fans get a taste of a 10-game conference schedule with few or no buy games, they're never going to want to go back.

There’s still no word on when the Big 12 will act or what exactly it will do (although Monday’s rescheduled Big 12 media day was canceled today), but we’ll update you as soon as it happens and as comprehensively as possible.

What has become clear in the face of the pandemic is that conferences are intent on playing their own games and determining a league champ for 2020. This — if done well and safely — could be a great thing this fall even if it means we don’t get some of those big-time non-con games and that a College Football Playoff seems very much up in the air.