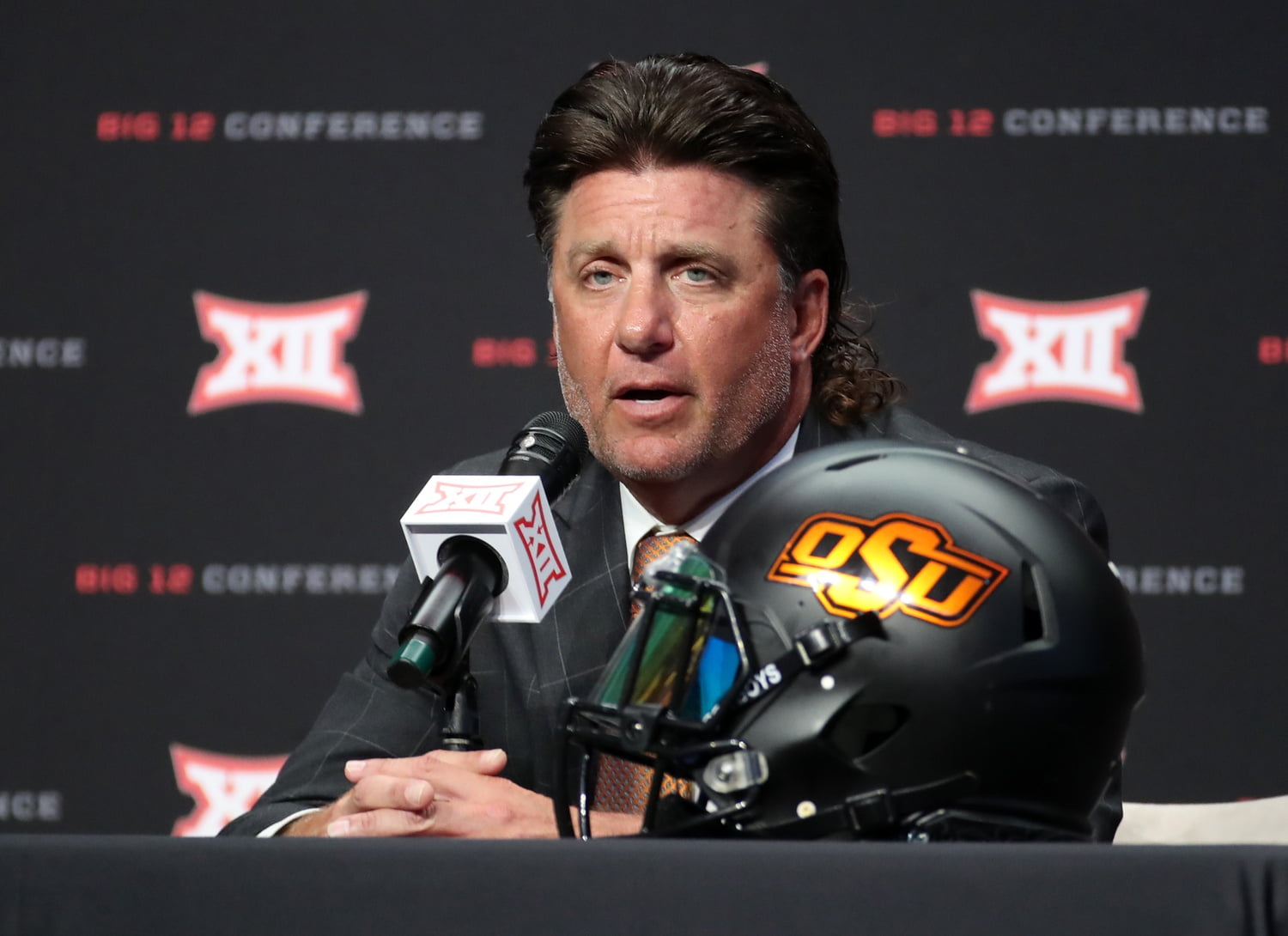 ARLINGTON, Texas — The 2019 college football season is about a month and a half away, but the Cowboys have yet to name a starting quarterback.

Oklahoma State coach Mike Gundy reiterated what he said throughout the spring Monday at AT&T Stadium in Arlington: whenever Spencer Sanders or Dru Brown wins the job, they’ll name a starter. Gundy also reiterated that if Brown or Sanders hasn’t won the job by the Oregon State game Aug. 30, both will play.

“Whenever we’re ready to name a starter based on him earning the job, we’ll do that,” Gundy said. “I think if you look back at my history we have named guys at times when people didn’t think we were going to name a starter because we felt like they earned the job, gave our team the best chance to be successful and win games. Both guys on our team right now have worked hard.”

The Cowboys are further than TCU is in the quarterback aspect, though. In his Media Day news conference, TCU coach Gary Patterson talked about his six-man quarterback race that he soon wants to cut to three.

Neither Sanders nor Brown has thrown a pass in a game at OSU. Sanders, a redshirt freshman, came to OSU as a four-star recruit and 2017 Texas Gatorade Player of the Year. Sanders was 46-6 in 52 starts at Denton-Guyer, where he threw for 8,747 yards in his high school career.

The Cowboys will start fall camp in a few weeks, where the quarterback battle will continue.

“We haven’t had anybody go ahead and take the reins at this point,” Gundy said. “So we’re ready for them to split reps. If at any time one becomes our starter based on us feeling like they give us the best chance to win a football game, we will name a starter. I would like to tell you [a timeline] but I would be reaching.

“I do know this: Our team is confident in both young men. If neither one of them gives us any indication that they’ve taken the job prior to the first game, we will play both guys. I think that’s fair. So at this particular time, we don’t have anybody in place for that position, but we’ll certainly be looking in August.”