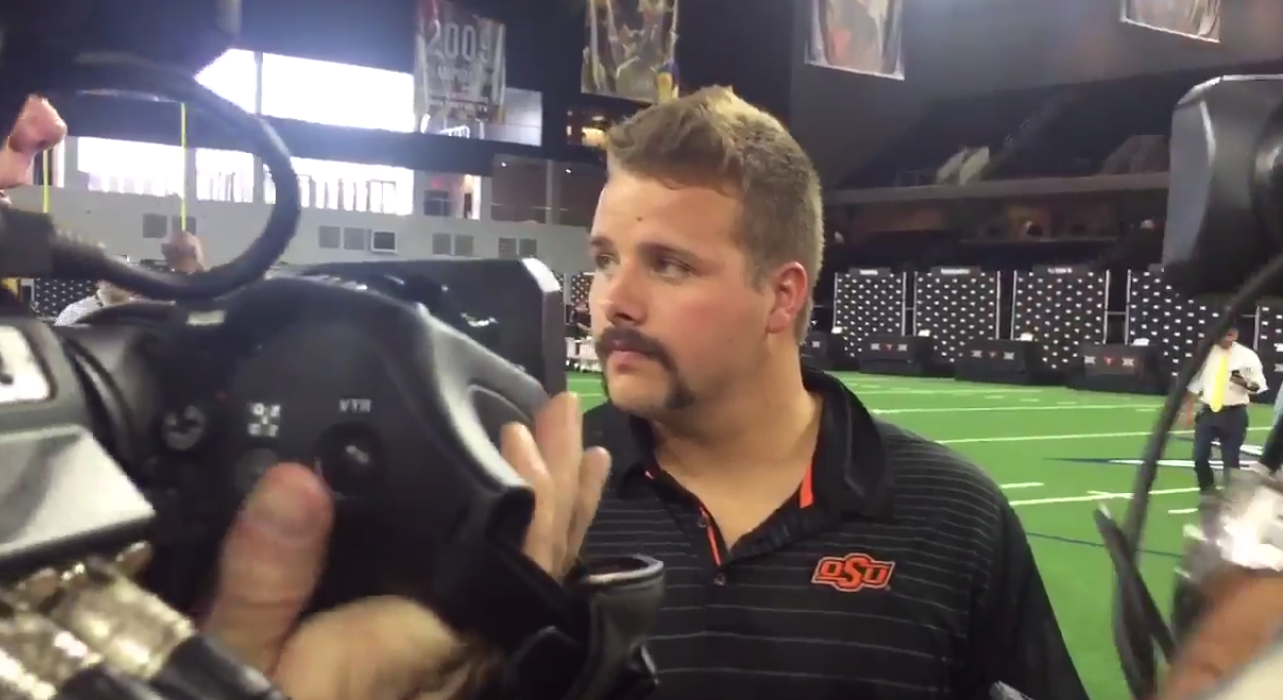 If you can’t get enough of the #Sinor4Heisman campaign, then day three of Big 12 Media Days was for you!

After weeks of humorous videos and images released on social media, the campaign for Oklahoma State punter Zach Sinor has officially reached its apex at Big 12 Media Days. It started with the release of an “official” Sinor for Heisman website.

The best way to describe it? Geocities. 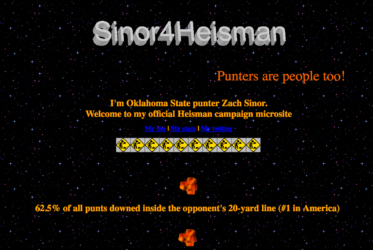 This site, a throwback to 90’s build-your-own webpage, can only be described as so bad it’s good. It comes complete with a spinning title, the infamous dancing baby graphic, and a twinkling star background. My personal favorite parts are the “punters are people too!” line running across the screen and this photo:

Sinor didn’t leave it there. He was caught walking around the Star handing out pamphlets to the media.

And there's brochures too pic.twitter.com/lQtDUhFB7o

Glad to know that Sinor and Rudolph competing for the Heisman won’t get in the way of their friendship.

At this point is it fair to say OSU has done a better job promoting Sinor for Heisman than Rudolph? I wouldn’t argue with you if you made the claim.

I realize some are tired of it (though I don’t understand why), but what better way to pass the time until the season starts, than enjoying one of the funniest social media campaigns ever produced by a college athletic department? Bravo.