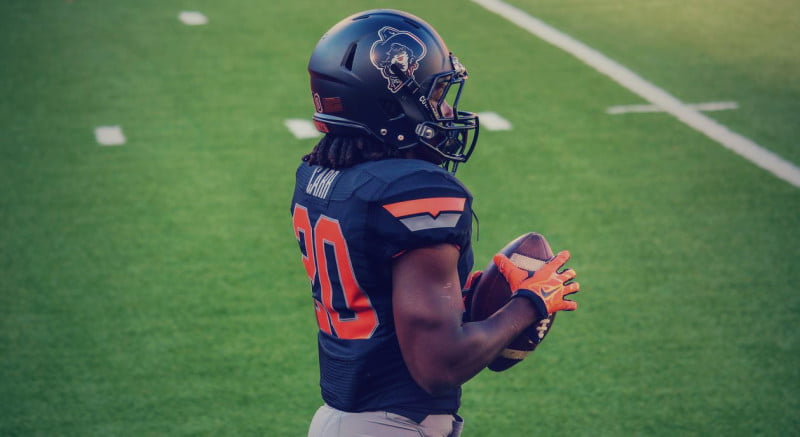 In a preseason that generated plenty of buzz surrounding true freshman running back Jeff Carr, that buzz has yet to turn into meaningful on-field production up to this point.

Just a week before the season began, Mike Gundy told reporters that he expected Carr to touch the ball 12-15 times. “We’d like to have him up and running by the middle of October,” he said.

Today marks the middle of October, and it’s clear Carr is not prepared to tote the ball 12-15 times. Not yet anyway.

Working in an offense that hasn’t run blocked as well as many expected, there are several major factors that have played against Carr – including his lack of size and apparent indecisiveness as a runner. That’s not to say that Carr doesn’t have a bright future; his shiftiness and speed are going to be a nightmare for the opposition in the future – but the lofty expectations headed into the season for Carr seem a little unfair now, and it’s time those expectations be recalibrated.