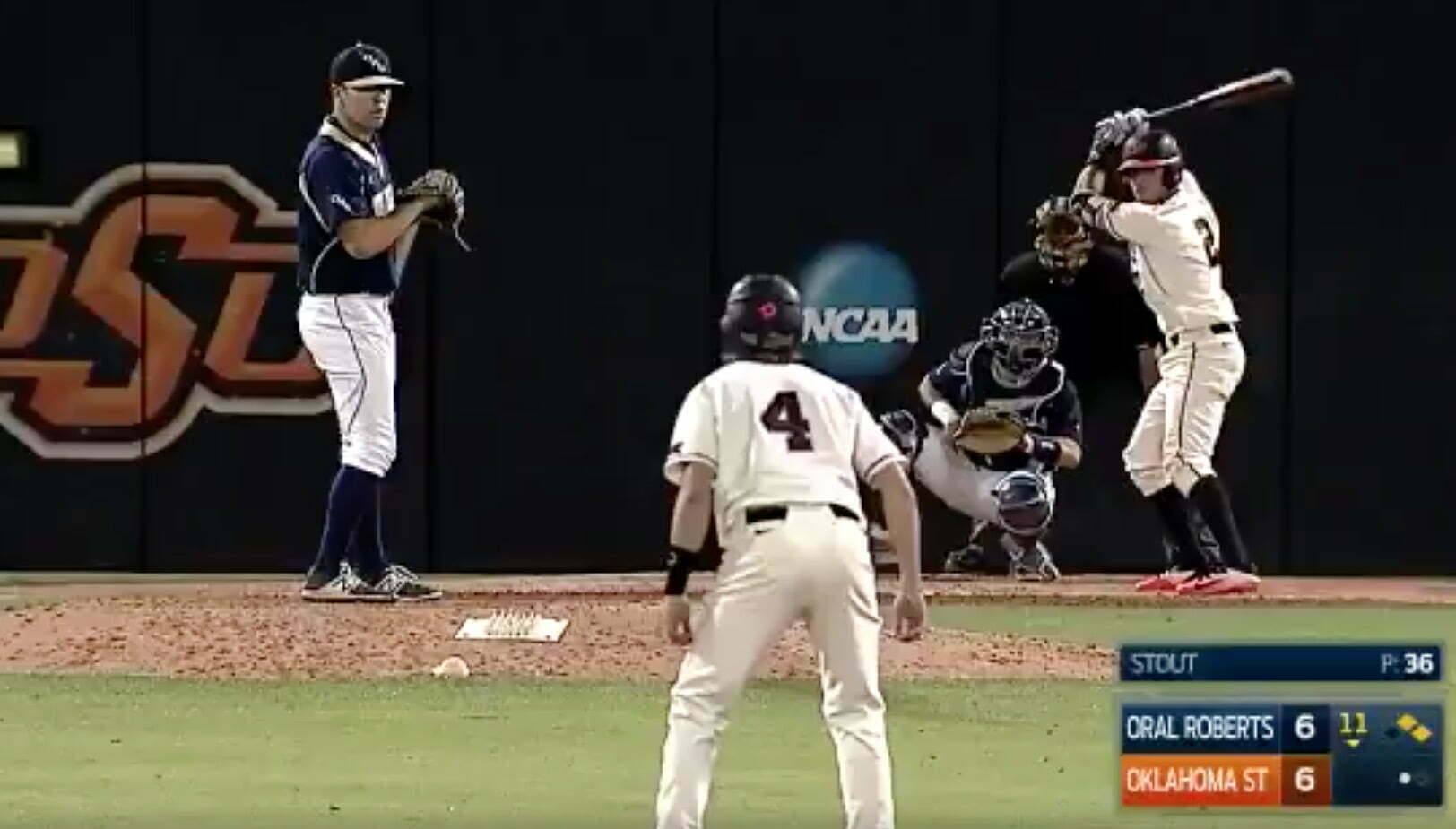 It’s been a rough season for Oklahoma State baseball thus far. Coming into Tuesday night’s game against ORU, the Pokes were 20-15 overall and just 4-8 in the Big 12 Conference. They took a 6-5 lead to the 9th inning after a two-run shot by Colin Simpson in the bottom of the 8th but gave it up and had to go to extras looking for a mid-week win.

That’s when Andrew Rosa — who was hitting below .240 coming into the game — stepped up and delivered the most dramatic hit of 2017 so far for the Cowboys to give them a 7-6 win. It was the only one of OSU’s seven runs that didn’t come via home run (they had four of those).

IT'S A WALKOFF!!!! @AndyRo_44 with an RBI double to win it for the Cowboys in B11! #okstate pic.twitter.com/kHpIvAt29v

“That was awesome,” said Rosa who did not start the game but came in late as a sub. “To get this one tonight was awesome. It was really cool to have the team come out there and pick you up like that.”

“I’m very proud of the kids,” said head coach Josh Holliday. “We got ahead, had it get by us, answered back. I’m really happy for a couple of kids who delivered who have had some tough runs at it. A lot of good things for our kids to grow from. That’s a game we needed. To walk off and win at home is an emotion we haven’t felt.”

How'd @AndyRo_44 feel about his 1st career walk-off hit? What did @joshhollidayosu do during #okstate's celebration? Now ya know! pic.twitter.com/FTqUV5U5rE

Here are the full highlights from the game.