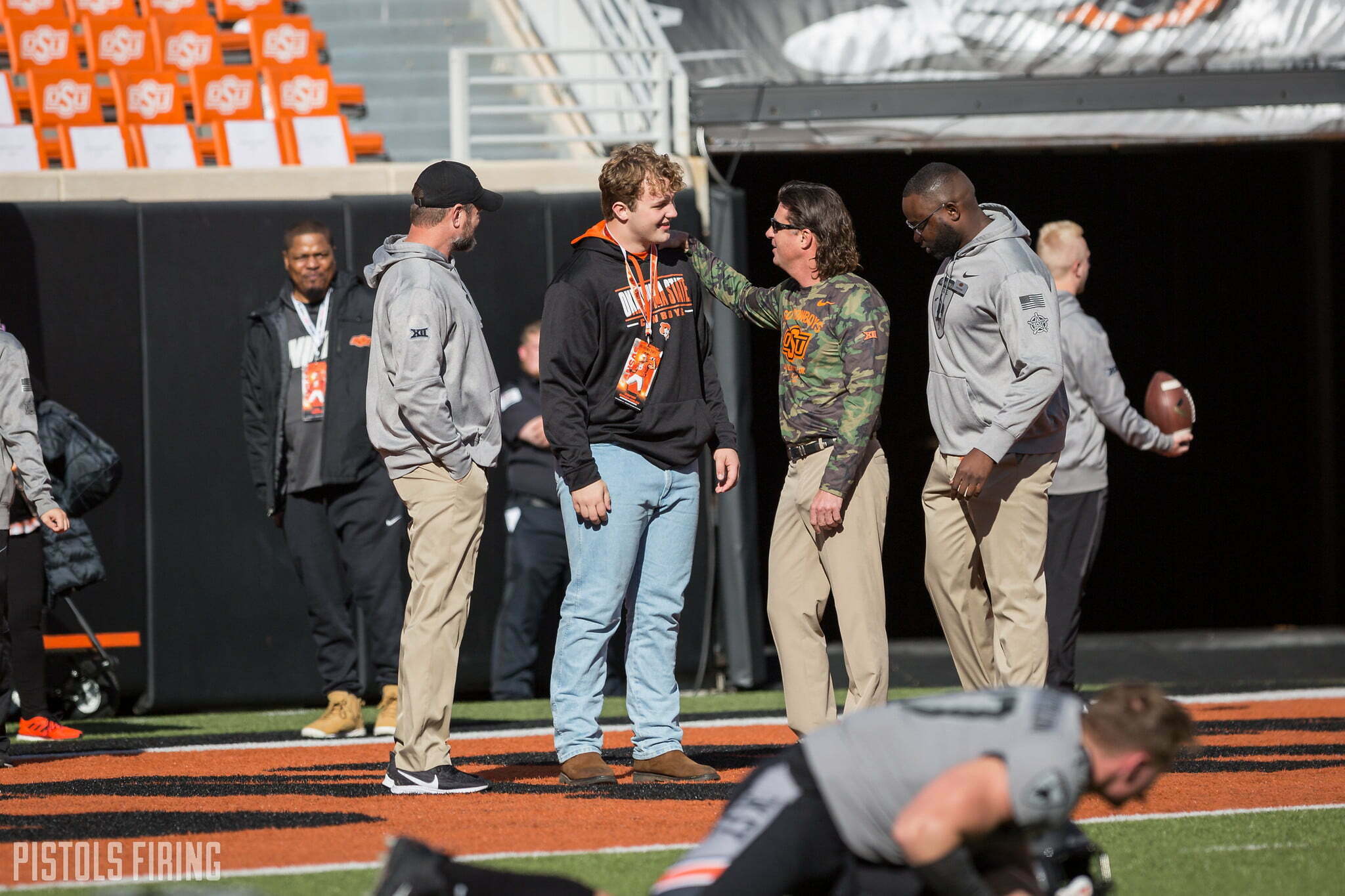 I got this terrific email this week that I thought was worth sharing because it explored both sides of the Mike Gundy situation in a fair way from an Oklahoma State fan’s perspective. Hope you enjoy it as much as I did.

Greetings Kyle, A couple of years ago after Justice Hill’s junior 2018 season, Coach Gundy was asked, I believe by a reporter, if he knew if Justice would be returning for his senior season.  Coach Gundy’s answer — which I read on PFB — surprised me, actually it shocked me. I can’t remember his exact verbiage, but his comment suggested that he had not spoken to Justice about it, and that he didn’t seem that interested in doing so. I just remember thinking, … an all-conference player, award finalist, and best player on the team deserves a better response than that from his head coach. It seemed like Coach Gundy was so aloof about it. I’m not sure what answer I was looking for as a fan, maybe something about praising a great career, and that he would sit down with Justice and map out a plan that is best for him.

During the 2017-2018 seasons, Hill averaged 213 carries (he sat out a few games his junior year if I recall correctly, but by today’s standards I believe that’s a bunch of carries) and an absolutely crazy 5.7 YPC. There was even discussion on how OSU used him too much, and that he was possibly gassed at the end of the season, which was probably true. The way the game is played today, no position takes more impacting hits than a running back.  Justice left that season and was drafted by the Baltimore Ravens. I’m not sure if that conversation ever occurred with Coach Gundy, but I do know that Justice’s brother didn’t follow him to OSU, and that he was actively supporting Chuba Hubbard on social media.

Fast forward to 2020, and it’s just fascinating to me that it wasn’t a walk-on, or third-string DB that started the acquisitions against Gundy. It was the BEST player on the team, the returning All-American, the leader. Chuba Hubbard. The one person that should support his head coach and rally the team. So, I can’t help but think that if your best player feels this way about your head coach, how might everyone that isn’t the best player (the rest of the team) feel about him?

I own a business, and I have anywhere from 60-85 employees depending on the workload. In the beginning, I knew everyone’s name, job title, and interests. I still do to this day, but not to the extent that I did early on as I allow my managers to have that relationship and interaction and come to me as needed. I’m sure Coach Gundy did the same. However, and this is a big HOWEVER, when you have high performing employees, you better spend the extra time and effort to be involved in their career or you will lose them. They deserve recognition and support both privately and publicly.

I believe that Coach Gundy cares about all his staff. I believe he hires well and delegates as a good CEO should. But, you can’t delegate relationships. That is where I believe the point of demarcation changed, and Chuba spoke up. Lesson learned for all of us.

It’s a good lesson! One that I’ve thought about as it relates to my worlds and business and one I’m sure Gundy has thought about as well. I think what gets lost in the clamor and — at times anger — of all of this is that sometimes (most of the time?) change for the better involves discomfort on the front end. This has been written elsewhere, but it’s not unreasonable to think that Chuba helped set Gundy up for a better next 10 years than the last 10 years.

It may or may not play out like that, but like the writer of this email, I sit here more optimistic and more excited about Mike Gundy leading Oklahoma State football than I was two or 12 or 20 months ago. Only time will tell the exact direction all of this goes in, but it’s clear a course correction was necessary and that might end up being the best thing for Gundy, for OSU, for us and — most importantly — for all the future Justice Hills.