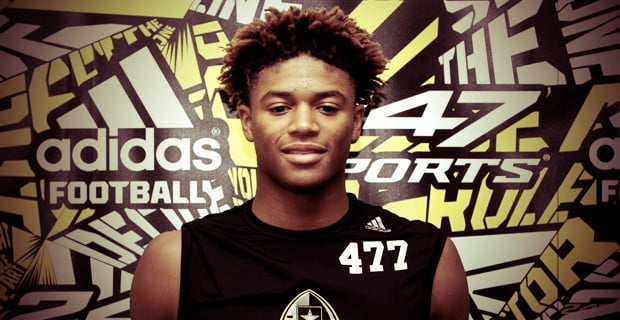 Chanse Sylvie is a 6-foot, 180 pound safety from Louisiana’s talent rich Calvary Baptist Academy. Sylvie has been pursued by the Pokes for awhile now, and his teammate, Rodarius Williams, has been committed to Oklahoma State since April.

The good news for the Pokes is that it appears they have an inside connection. J.J. McCleskey, who is the father of recent OSU wide receiver signee Jalen McCleskey, coached the Louisiana Bootleggers 7-on-7 national championships over the weekend.

McCleskey had nothing but good things to say about Sylvie. “This kid can play,” McCleskey told 247sports. “He is a leader and made all the calls and adjustments we asked him to make. He has great range and his footwork is already good. He’s a guy who is going to be even better in pads, but he was really good for us.”

Consider that high praise from the former NFL player who now trains players at the high school, college and pro level.

It’s worth noting that McCleskey recently helped bring recent commit Devin Harper aboard. Can’t blame him for wanting his son to be surrounded with talent in Stillwater, but if his connection with Sylvie plays a factor in his decision then Gundy may need to start paying for McCleskey’s Louisiana connections.