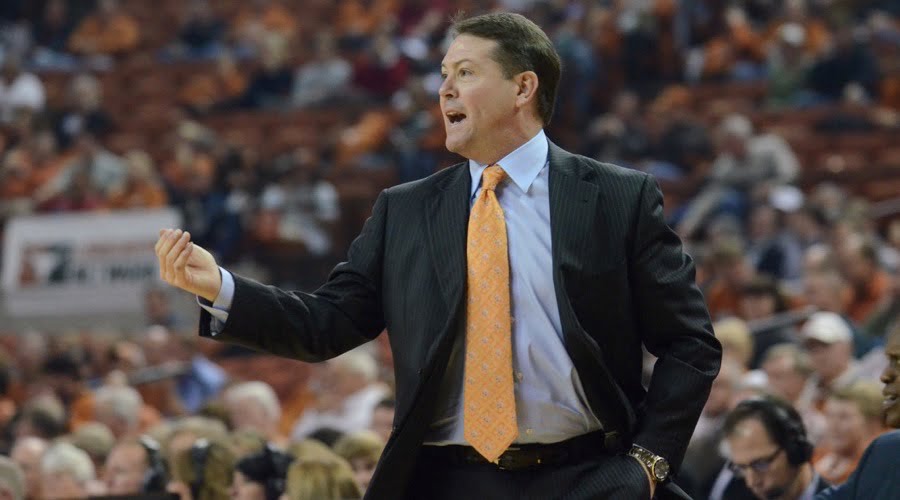 After an exciting series of victories for the Cowboys, OSU’s win streak came to screeching halt in Fort Worth over the weekend.

Even though TCU was the bottom team in the conference and considered an almost automatic victory, OSU seemed to finally feel the effects of emotional wins over Texas, Kansas, and Baylor and came out sluggish.

Of course, the Horned Frogs also came out hot, shooting over 50 percent despite going 0-9 from three.

OSU head coach Travis Ford said that while TCU deserved credit for putting together a solid game, the Cowboys didn’t show the usual effort he expected of them.

Ford said that he told the team after the loss that he wasn’t “mad, just disappointed.”

“I also told them that we wouldn’t be getting any ice cream on the way home from the game,” said Ford, wearing shorts and knee length socks with sandals. “Some of them were pretty disappointed, especially Mike [Cobbins].”

Ford said after the attitude they showed, they would also wouldn’t be allowed to go outside after practice for a whole week and would have to sit in timeout in the locker room until the bus was ready to take them back.

This had apparently made some of the players grumpy.

“They had to sit still and quiet and face the wall until we were ready to go,” said Ford. “A couple guys asked how much longer, but every time they asked I added 5 more minutes. Phil [Forte] figured it out after the third time he asked.”

Ford said once they got on the bus, the team had mandatory nap time.

“Some of them were so tired that they made themselves upset and couldn’t fall asleep,” said Ford, “so [assistant coach] James [Dickey] had to get them a glass of water to help calm them down.”

Dickey said while he knew they needed to have a unified front with the guys, he did sneak a cookie for each player who asked for water.

Dickey said a few of the players woke up and asked if they could play on their phones or sit with the coaches, but Ford sent them back to their seats.

“You have to be firm in times like these,” said Ford. “The guys need structure, so I always try to provide that.”

Ford noted that he doesn’t enjoy being this strict and always prefers when things can get back to normal. He said that fortunately that transition didn’t take as long as it has in earlier times.

“One of the guys, and I won’t say who,” said Ford, a small tear forming in the corner of his eye, “came up after we got back to Stillwater and said he was sorry. Unprompted, unasked. I told him I forgave and him and that I loved him, and we went for a burger. It was a good end to a terrible, horrible, no good, very bad day.”

Ford later added that he wanted the NCAA to know that he didn’t buy the player’s burger and that the player paid for the food out of his own private allowance.