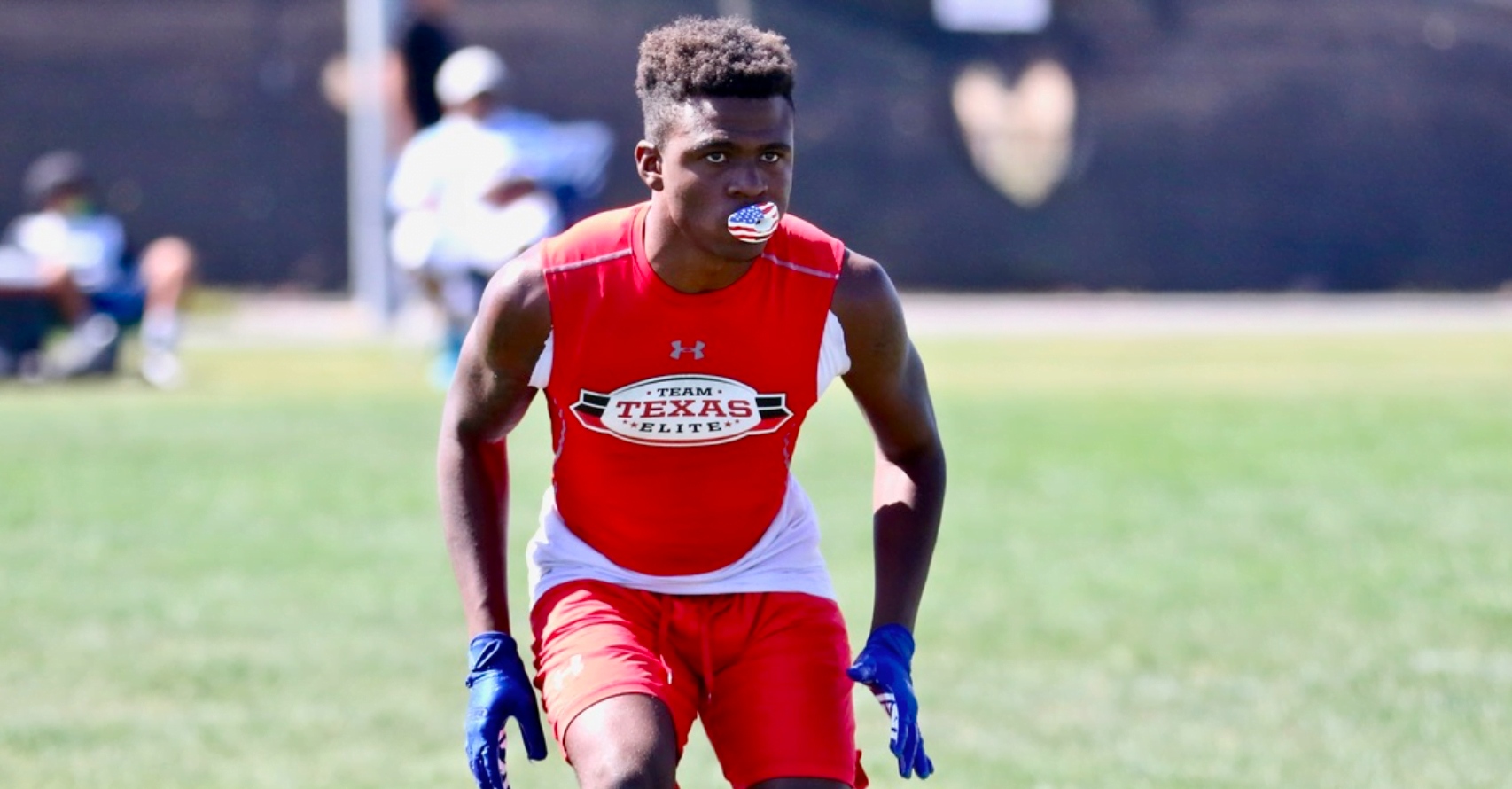 Houston area standout Miles Battle made a cut to his schools on Tuesday from 30 to 12, and Oklahoma State made the initial cut. Battle is a 6-foot-4 2018 prospect who OSU has offered as a wide receiver. Also on his list: Oregon, Texas, TCU, Ole Miss, LSU, Mizzou, UCLA, Arkansas, Auburn, Baylor and Mississippi State.

Battle earned first-team all-district honors as a junior last season, and is rated as a top-300 national recruit. He had 74 receptions — 14 that went for touchdowns — and logged 1,049 yards, according to his HUDL page.

The top prospect at running back in the state of Texas, Carthage’s Keaontay Ingram, committed to the University of Texas on Tuesday. He chose Texas over OSU, Houston, USC, Florida State, Oregon, LSU, etc. etc. He had 30 scholarship offers before shutting down his recruitment.

“The reason why I picked Texas,” Ingram explained in an interview with Scout, “is because as soon as I stepped on the campus, you know, it felt like it was home. Even though I haven’t been to too many places, I felt like it was home. There was a trust factor there and so was the relationships. I just felt the love from the players there as well.”

Ingram’s commitment marks an unusual drought on the recruiting trail at running back, having last picked up a commitment on May 8 of 2016 from Chuba Hubbard, a 2017 signee. Ingram was OSU’s top target. However, Texas was long considered the favorite to land him.

Said Ingram: “The only thing I asked out of all colleges was to keep it real with me. I felt like they did that the best.”

OSU is still in the mix for Georgia running backs James Graham and Lyn-J Dixon.

Bush High School’s Jamal Morris picked up his fifth offer of May on Tuesday as he announced OSU extended one, joining Michigan, Iowa State, Houston and Baylor in pursuit of him. Morris is a four-star safety in the Class of 2019 nearing double-digit offers from a school that has produced well under Mike Gundy including Russell Okung and most recently Emmanuel Ogbah.

Morris, as a sophomore last season, recorded 43 tackles, three tackles for loss, one sack, one interception, two forced fumbles, and six pass breakups. He will no doubt be rocketing up recruiting boards this summer and into the fall if he continues his production.

An obvious advantage of an uptick in talent in Oklahoma is that OSU gets an early look at it and a better chance to evaluate before they become national recruits. Such is the case for 2020 offensive lineman Andrew Raym of Broken Arrow High School, who reported the offer from Henson on Tuesday.

Raym is officially uncovered in the state of Oklahoma, having now garnered offers from Oklahoma, Tulsa, and now OSU — and in that order. He’s a 6-foot-4, 275-pound tackle for the Tigers who has also gathered offers from Memphis and SMU, and is likely to be a top prospect nationally. Soon.

The 247Sports crystall ball strikes again. OSU was the favorite for Owasso standout Wayne Jones, a 2018 safety prospect. But on Tuesday night, he committed to Kansas State over OSU, Illinois, and Michigan State.

“I had my mind made up the first day I went there,” Jones told Scout. “I knew I wanted to go to K-State.”

Jones says he wants to major in engineering and the Kansas State program has exactly what he wants to study.

OSU has one safety commitment in the 2018 class in Kanion Williams and is still pursuing Delrick Abrams and is still in the mix for Taye Barber, Israel Mukuamu, and Rodney McGraw.

Four-star wideout Ja’Marr Chase of Archbishop Rummel, Louisiana, will drop his list of top schools on June 1 he told Scout. Arkansas, Tennessee and Ole Miss are coming at him the hardest in regards to his recruitment. But LSU, his in-state school, figures to be at or very near the top.

OSU was in his list of top 11 schools when he made his initial cut, but as it stands now, may be on the outside looking in as it fights an uphill battle in an SEC war.