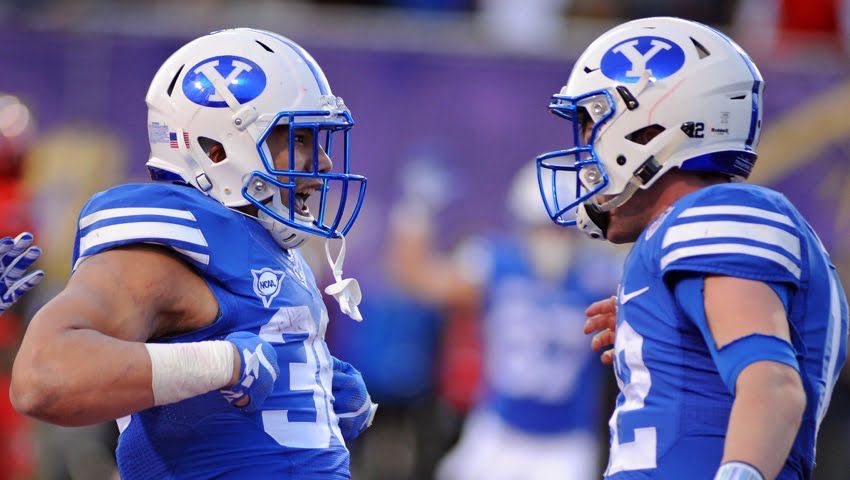 Vegas has weighed in on Big 12 expansion with fairly predictable results. The four biggest favorites to enter the Big 12 are BYU, Houston, Cincinnati and Central Florida. I’m pretty sure everyone thinks BYU, Houston and Cincy are the three big dogs when it comes to Big 12 expansion. The question seems to be not “if?” but “when?” and “how many?”

Some have suggested the league could be expanded by four to 14 teams. Going from 10 to 14 teams in the Big 12 would be pretty perfect for this league, by the way. I’m not so sure tacking $1 billion onto the bill ESPN and Fox owe everybody is the greatest idea this league has ever had (although to be fair it has had some pretty lousy ideas).

As David Ubben pointed out recently, Houston is a sleeping giant and the Big 12 seems pretty insistent on awaking it. He thinks BYU and Cincinnati are the better choices. He’s probably right.

I guess I’m in the “BYU and whoever” camp. I don’t know that I care about the other team. None of them excite me. None of them do much of anything for me. The proposal of OSU to the SEC with OU is a lot more fun to think about than going to Central Florida or Cincinnati every other years.

If OSU wasn’t making over $30 million from being in the Big 12, you would see me Periscoping myself literally from my rooftop beseeching Burns Hargis and Mike Holder to attach the OSU wagon to literally any other conference and move on. The money continues to flow though and maybe the grass isn’t any greener elsewhere (but it probably is).

Bryce Williams Weighing Options on Return to OSU Next Season