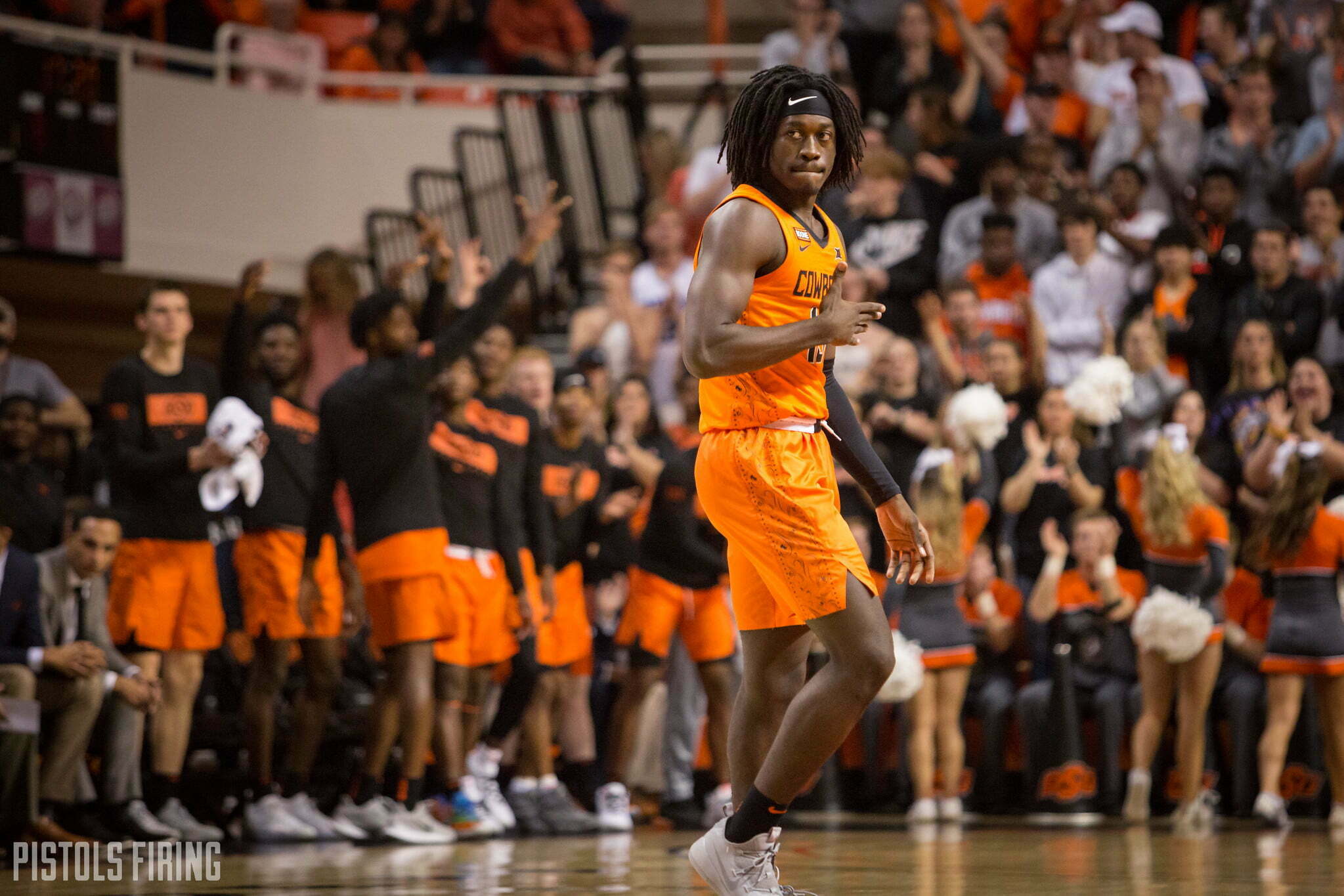 What a ride. The last 48 hours have been a typhoon of rumors, announcements, suspensions and finally lots and lots and lots of cancellations.

Pretty much every sport outside of UFC (perfect) has either postponed or canceled all of its forthcoming events. March Madness, the NBA regular season, the NHL. When the Masters is postponed, you know things have gone awry.

Anyway, I have some thoughts from being somewhat inside the typhoon for the last few days, reporting things in golf and trying to think about them the right way as it relates to OSU (and all of sports).

Not all of you will agree with all of them, but that’s fine. It’s never stopped me from writing them down before. Here they are.

1. Not About Individual Events

I think what most of us have whiffed on for the past few days is that we have progressed beyond this being about one person or one event or one sport. This is about what’s best for the country, and the cancellation of mass events is probably less about the threat of infection and more about the emblem of sacrifice that everyone should take all of this very seriously. This is a very, very good thing if you believe in flattening the curve.

Mike Boynton noted this on Friday in this great piece by Marshall.

“I certainly never thought that the NCAA Tournament would be shut down, but there are a lot more important things going on out there and the health of our citizens, certainly elderly folks that are ill, but anybody can contract this disease that we don’t have a cure for right now. It’s a vital importance that we get figured out.”

2. You should read these

On why mass gatherings are bad and 9 charts that explain this. Don’t have to agree with them, but you should read them nonetheless. Sometimes it’s good to read things you don’t (or do!) agree with. Also, this from Gladwell is really good.

3. The NCAA has been … mostly good here?

I know it’s not en vogue to praise the NCAA, but they’ve done a pretty good job being proactive and staying out in front. They even already announced that athletes in spring sports could regain a year of eligibility and are considering the same for athletes in winter sports. The NCAA!

4. But They’ve Also Been Not Great

Canceling the College World Series, which [checks notes] … is in June? I don’t understand that. When postponement or pausing is possible, I think it’s in everyone’s best interest, especially with how emotional everyone is and how sparse information is right now. We’re in the awkward position now where Big 12 activities could resume in April with a lame-duck season on deck and no postseason to look forward to. The NCAA has put its conferences in a weird position of limbo, even if this thing does last longer than we think and entire conference baseball seasons end up getting canceled. Point is that the NCAA doesn’t know what’s going to happen right now and that there’s no reason to go as far as they did.

O’Brate Stadium. W. The opener. All of it postponed or even canceled. What if baseball isn’t played this year? What if O’Brate Stadium doesn’t open until 2021? Again, least of our concerns as a country, but that’s a big bummer as a university.

I had a sinking feeling on Friday morning about the future of my job. Based on everything I’ve read and heard, I don’t think this will last multiple months, much less a year. But I think we can all at least agree that it could, right? It could last through the end of 2020. The CFB season could be canceled. As a fan, that’s concerning. As a small business owner whose revenue is somewhat dependent on these games being played, it’s pretty worrisome. We’ll get busy making you guys the good #content in the weeks to come, but I’ve definitely been anxious for the past 24 hours about what the future holds.

7. Calendar off its axis

One interesting under-the-radar announcement that came through on Friday is a ban on in-person recruiting. Again, the NCAA doing the right thing here! But that definitely puts a lot of things — both for basketball (trying to lock down last-minute signees for 2020) and football (trying to get ahead for 2021). I don’t know how much it will affect things in the long run, but it definitely condenses the works staffs will have to do later on this year.

• Immediate ban on in-person recruiting for coaches. Dead period in place until at least April 15.

• "Eligibility relief is appropriate" for ALL Division I student-athletes who participated in spring sports. Details to be finalized later.

It’s like the least important thing, but does anything that hitting fast-forward on this season and getting to the YOC (Year of Cade) is anything but good for OSU? I get it, there was a 1 percent chance of them rolling through Kansas, Texas Tech and Baylor consecutively, but the reality was more like losing to KU and going 1-1 in the NIT. Get me to next season, please, with the bonus that OSU’s three seniors could get extra eligibility. My dream of Cam being the fifth-best player on a championship team is only two more coronaviruses away from being a reality!

The Zion thing was cool. If you haven’t seen the Zion thing, here is the Zion thing. Times of fear and the unknown are also opportunities for kindness. If you know of any folks in Stillwater who work jobs that require games to be played and are worried about paying their bills, email me at kyle.goodwin.porter at gmail.

We would love to help some folks who help put on the games we cover by paying their bills. We don’t have a ton of resources on hand, but paying the next month’s bills for some of the folks who work at Allie P., GIA and Boone Pickens? Yeah, we can do that. Hit me up.

I think the thing about being in the middle of crazy things is that it’s impossible to properly put them in the right context for years. This whole week feels completely insane, but I think in three or six years we’ll look back and think about how more insane it was than we even realized in the moment. There have been so many surreal moments in the last 48 hours, and Monday morning when we were talking about OSU’s NCAA Tournament chances and playing Fresno State in baseball feels like it was five months ago.

Maybe (hopefully!) all of this dies down in a month and we go back to normal. That’s an optimistic scenario that I hope comes to fruition. If it does, I hope we remember two things.

1. A lot of organizations and companies sacrificed for the greater good. Did they all do this for the right reasons? No! But it does feel like everyone is mostly in this together, and when the virus goes away, it shouldn’t be, “I told you it wasn’t a thing,” but rather, “I’m glad it wasn’t a thing and maybe it wasn’t a thing because of the sacrificial steps everyone took.”

2. This is all temporal. All of it. Every last possession. Every single score. It’s temporal. It’s a puff of smoke. Poof. It’s gone. That reality should engender both gratitude that we get to enjoy all of this together as well as perspective on what truly matters. I hope it does for us. I hope that’s one outcome of all of this.