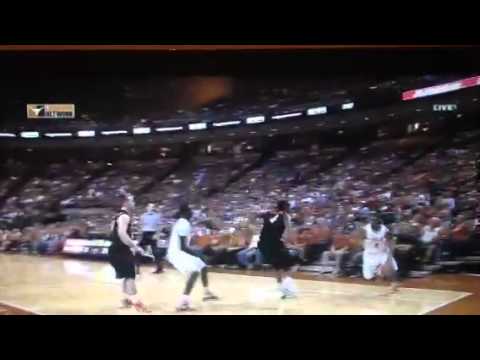 Tough loss for Oklahoma State tonight, not because they have any illusions that they’re in play for the conference crown, but simply because it was such a winnable game. Texas shot 30% | 16% | 65% and won by nine points. How does that happen? If you’re OSU, or an OSU fan for that matter, you can’t be excited that one of the five worst teams in the Big 12 just drilled you after their worst shooting performance of the season.

Here are my 10 thoughts on the game:

1. I love Markel, LOVE him, but he’s not a threat outside of four feet, and until he develops into one he’s just going to be an average player. Also, he looked like he was feeling his injury tonight. OSU needs to get him rested for the rest of the slate. At least he looked great in the Jordan XIs though!

2. The little caret above the “C” in Soucek kills me for some reason. I don’t know why, but it’s hilarious. Maybe it’s just something interesting to talk about outside of the actual game?

3. Been saying this for a while but the Mike Cobbins and Brian Williams duo has been spectacular. Cobbins posted a 9-10-5 (blocks) line tonight while Williams put up 16-6. At times Williams looks like the only player on the team who understands the fundamental concepts of basketball. I know that doesn’t say a lot, but he’s been playing really well of late.

4. Serious question: do you think OSU had more bounce passes as a team during Gottlieb’s senior year or every year of the Travis Ford era (3+) combined

5. Overall, I enjoyed the Longhorn Network production of the game. It felt a lot like an ESPN production, which I think is a lot harder to pull off than people realize when you’re kind of your own entity (“kind of”). They weren’t overtly biased and seemed to know the OSU guys pretty well. Good work from them, even if I’m the only person reading this blog who got to see it.

6. Here’s what bothers me more than anything about LeBryan: he makes plays or does things throughout the game that say “I am superior in athleticism to everyone in this building and that’s basically the only explanation for what I just did” and then only does that once or twice a game. I don’t expect him to average 30 a game but some of the plays he makes can only be explained by the fact that he’s just more talented than everyone around him, so why does he only get to the bucket once or twice a game??

7. Bruce Bowen did the color for LHN and had a number of gems during the game. My favorite came after a Mike Cobbins putback where his arm was significantly above the rim: “I haven’t been up that high since I was…[realizes he’s on a Disney family-friendly network]…taking off on an airplane.”

8. I don’t love complaining about the officiating, thus I don’t usually do it, but it was pretty bad tonight. The offensive foul on Keiton in the first half was horrendous and there was a phantom foul on Cezar in the second half (his fourth) that was just as bad. OSU matched its season high for personal fouls (29) which was 12 more than it had in any of the last six games.

9. The line for the game was 11 tonight. If you gamble on OSU, Keiton’s three at the buzzer was retribution for Colton not breaking the plane on Monday night.

10. They kept flashing an “OSU only has nine active players tonight” graphic on my screen during the broadcast. Two fouled out, three others had four fouls. What would have happened if they’d gone to OT and those three had been DQed? Would OSU have just played with four guys? Has it really come to this?!?!?!

At least we get to enjoy the video below: