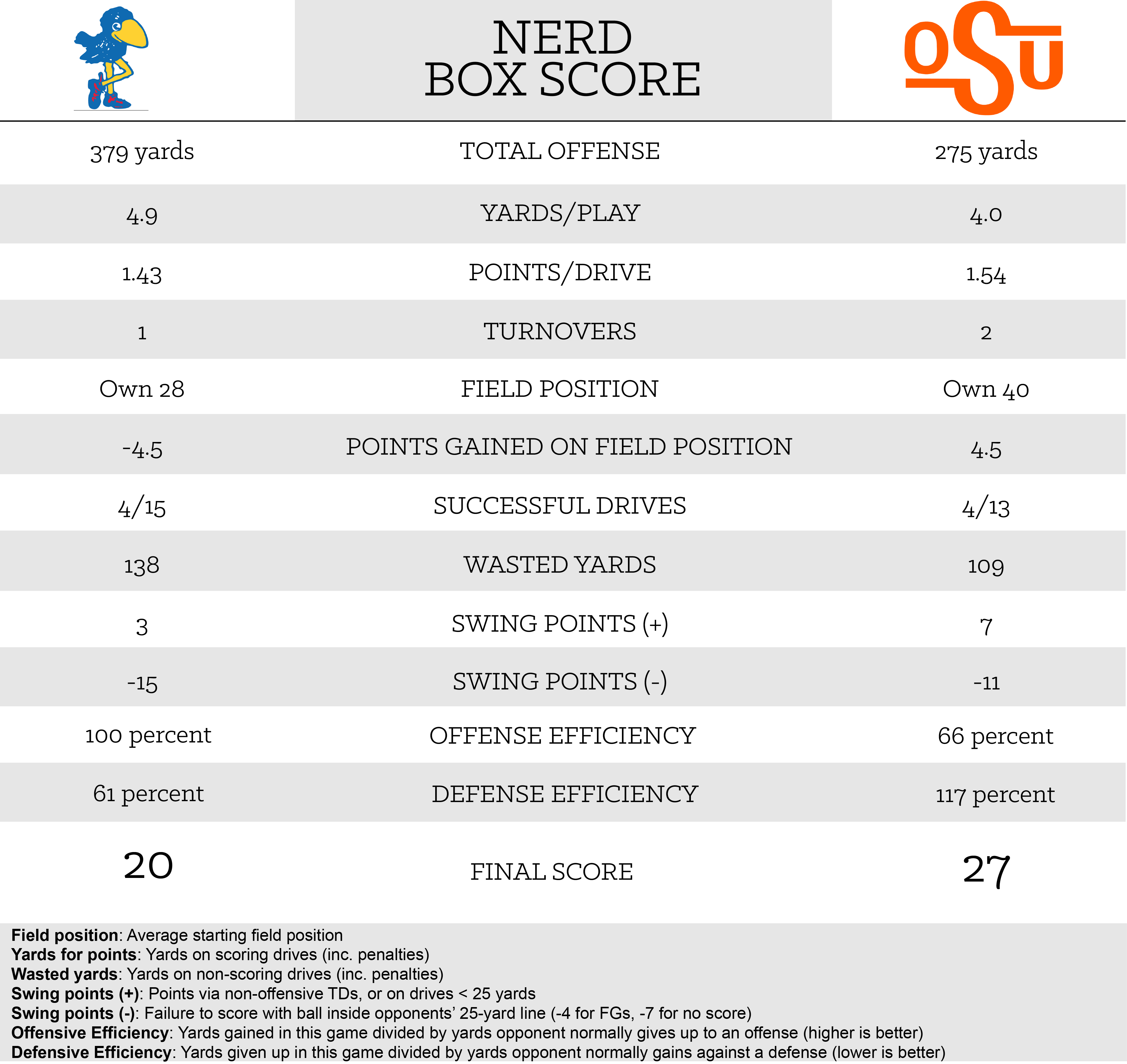 It’s worse than I thought.

That 275 yards OSU posted on Saturday against Kansas is its lowest total output since the Cotton Bowl following the 2009 season.

For context: OSU had one game between the 2011-12 seasons combined below 400 yards and only six in the last four seasons. Strangely enough three of those came against Kansas.

That’s actually encouraging, I guess…if something this grotesque can be encouraging. Maybe you can just write this game off to the fact that Gundy’s teams have played down to their competition — especially Kansas.

Other things to note:

• That 1.54 points per drive number would rank 103rd in the nation this season. I’m mildly surprised it’s that high.

• Look at those negative swing points. Kansas should have (certainly could have) won that game. It missed a 42-yard field goal and settled for field goals inside OSU’s 20 twice.

• In case you were wondering a 66 percent efficiency on offense for OSU means that you were able to live up to 66 percent of what Duke, Central Michigan, Texas, West Virginia, and Southeast Missouri State were able to do. That, my friends, is not good.