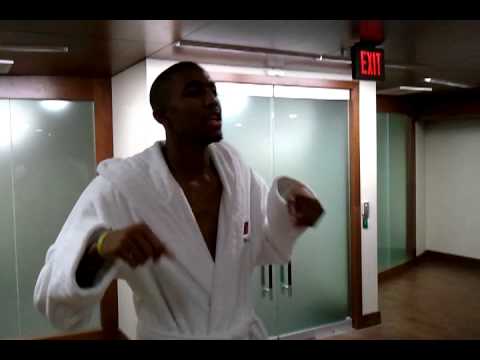 17. The Mizzou and K-State games – Two outings in which OSU looked downright dominant. Coincidentally, those were the only two tournament teams OSU defeated all year.

18. The emergence of Doug Gottlieb as a top 5 college hoops media personality – I don’t know if I loved this as much as I’m intrigued by it. And the ongoing pseudo-feud between him and Dan Patrick is awesome. I hope this ends in a one-on-one game of slam ball at some point this summer.

20. Roger Franklin doing his Reggie Evans impersonation – I think he could play 40 minutes a game and only average like 3 points. But he’s going to get boards and he’s going to show up and play hard on defense. There’s a spot for somebody like that on this team and I’m confident Ford can find it. He also wasn’t leaving school when I wrote this.

21. The signing of LeBryan Nash – No, this doesn’t mean I’m on board and driving the bandwagon or anything. But I’d be a fool to say I wasn’t at least intrigued by the fact that Ford convinced someone who, by all viable accounts, is one of the five best high school basketball players in the United States to come to Stillwater.

23. Keiton being the new Gerry McNamara and working on his 29th year of school. Sometimes it feels like he was here for the entire Desmond/Gottlieb and at least half of the Country/Rutherford era.

25. That we found out JPO grew up homeless for part of his life.

26. Just for the heck of it, three more OSU guys I wish were on twitter (or would tweet more) – 1. Keiton, 2. Nash, 3. Songo – because one of the walk-ons needs to give us the inside scoop on hilarious stuff that goes on behind-the-scenes. Can’t you just see Songo sending out 4-part tweets at 1 AM about how Moses and Shaw sneaked in GIA and started shooting Keiton with an airsoft gun while he was trying to get up his 5,000th shot of the day? Somebody make this happen.

Note: Because I could only realistically make it to 27 OSU moments without reaching for things like “the 3,500 at the NIT game sounded LOUD” I decided to throw in a few things I loved about the tournament as well.

28. The stadium setup for the Final Four. I know it’s not very traditional and shooting in a stadium is about the least amount of fun you can have as a basketball player but I love seeing the raised floor, the massive scoreboard, the media at floor-level, and the sea of 3/4 of 100,000 people.

29. Making fun of the fact that Jim Nantz had one foot on the plane to Augusta for the entire second half of the title game.

30. That the tournament didn’t expand to 96 teams. I’m the biggest OSU homer alive and not even I could objectively argue that OSU deserved to be in. And yet they would have been (easily) if the field had expanded. That’s not good.

31. I realized about halfway through the Michigan Duke game that I legitimately love Duke. I think the pendulum has swung so far to hating Duke that it’s kind of hip and indie to root for them now. I’m in.

32. That we’ve been given a glimmer of hope from multiple stars (and the impending lockout) that we might not have to re-learn all the heavyweights of the college landscape next year.

33. This sarcastic tweet from Ty Duffy of The Big Lead: “College hoops should have just picked Ohio State and Kansas for the final and had six weeks of anticipation and exhibitions. Amateurs.”