Mike Gundy is ready for another decade. (USATSI)

Mike Gundy “give-a-you-know-what” meter has been broken and it doesn’t look like anyone will ever be able to fix it.

From “fire him” to “give me 10 more years” in the span of five months.

We knew Gundy was back, but on Tuesday he gave some quotes to Bill Haisten of the Tulsa World that were bordering on Spurrier of the Midwest territory.

• “Sometimes, you think the grass might be greener, but I’ve always been happy at Oklahoma State.”

He was talking here about Tennessee and Arkansas but said he also had two interviews with a NFL team after the 2011 season.

• “I don’t think there’s any question that we would have won by three touchdowns. … We could score with anybody.”

This was about playing LSU in the title game in 2011. I mean, that’s a real quote. It’s not satire, it’s not my hyperbole. It’s Mike Gundy straight trashing Les Miles and Jordan Jefferson.

• “The smartest coaching move that I’ve made.”

Guess who (not Mike Yurcich).

• He said we’re getting 10 more years of him in Stillwater. Only Frank Beamer (28 years) currently has more than 16 years at his current institution. Gundy actually currently ranks No. 8 in longest-tenured coaches at their head coaching positions.

• “Whenever I’m finished coaching, then I’ll really comment on what I feel. … We should be doing cartwheels, really.”

This was about the SI scandal.

• “You’re asking me how many would turn out as clean as us? Less than 20 percent.”

• “That’s been the most disappointing game of my career as a coach. We couldn’t function. I really felt bad for Oklahoma State players and fans. We could have won that game, but we were terrible. They should erase that game from the history of college football.”

Not Iowa State, believe it or not. This was the “we gained 259 yards where is Brandon Weeden why is he not playing what is going on” game.

It ranks No. 122 out of 128 games coached by Mike Gundy in total yards gained by OSU.

• “Dana is intelligent and has a way of doing things. He was a headstrong person, but I was the head coach. I don’t know if he could have lasted here three years. Being a head coach now, he would probably see things like I do.”

That’s who he was talking about. 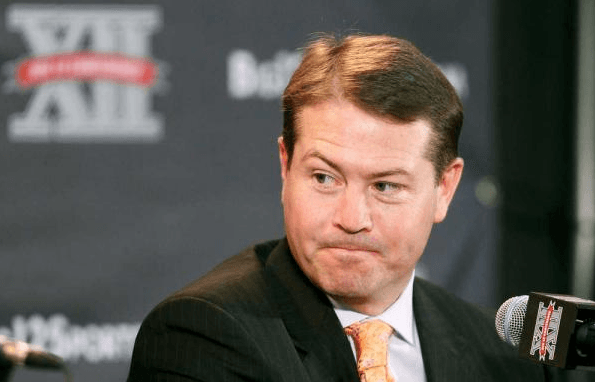 All in all, the entire thing was amazing to read. I don’t know which Gundy we’re getting this fall but if this is a preview, I can’t wait.