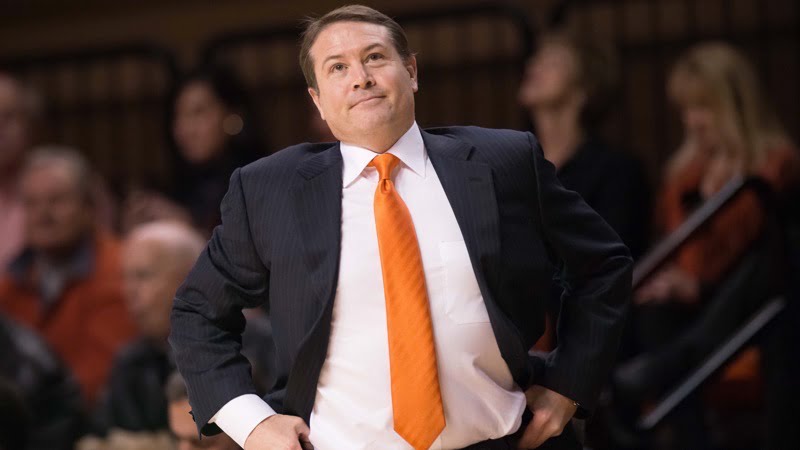 The reality is that nobody actually owns Kansas. Kansas is Kansas is Kansas. They’ve won every Big 12/Big 8 title dating back to Perry Ellis’ freshman year at the end of the Nixon presidency.

They don’t lose many games. So while no current Big 12 coach has a winning record against KU, Travis Ford has the second-best behind Bob Huggins. In order (and I left Fred H. and Rick B. in for fun).

Pretty crazy, right? Not only does Travis Ford have the second-best record against Kansas of any coach in the Big 12, but it’s him, Huggy Bear and Hoiberg and it’s not even close with the rest. Hoiberg you can understand — Iowa State had some really good teams. West Virginia and OSU are sort of inexplicable.

“For us to come out and play the way we did tonight against what I believe is one of the best teams in the country, makes me so proud of this team,” said Ford on Tuesday night. “I’m so proud of their effort. I told the team before the game, ‘The only thing that matters about history is that you learn from it,” and tonight we were a pretty good basketball team.'”

I don’t know what to do with any of this either. On one hand, you have to fire somebody who can’t inch past finishing 7th in the Big 12 but one time in eight years. On the other hand, how do you fire somebody you owe $8 million to who cannot stop beating Kanas? It’s the ultimate contractual enigma and it leaves all of us in a purgatorial state of not totally knowing what to root for.

One thing is certain, and multiple people said it on Tuesday night. His teams go all out for him no matter the situation. His kids would do anything he asked (which is good, because he asks a lot!).