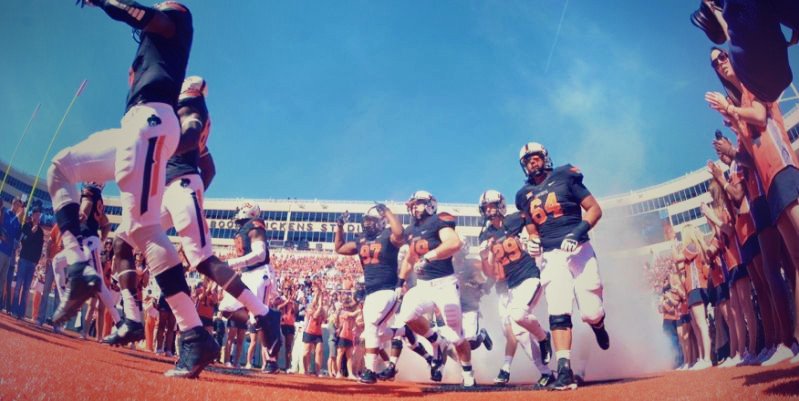 Jeff Carr and Jalen McCleskey came into the program as true freshman, and both have done enough to command playing time. McCleskey may break the rotation at arguably the most deep position on the roster, wide receiver, while Carr is turning heads with his agility and elusiveness, despite his “dimunitive” size.

2. Cornerback depth not a concern

Despite Kevin Peterson sitting out due to a minor surgery, the cornerback group is still loaded. “It’s very even competition, even with Kevin in and with Kevin out,” cornerbacks coach Tim Duffie told The Oklahoman. “There really hasn’t been a dropoff, even with Kevin being the most experienced guy.”

3. Emmanuel Ogbah is going to be a force

Ogbah had 11 sacks and 17 tackles for loss last season, ranking second and third in the Big 12, respectively. “Ogbah’s a professional at this sports,” said defensive line coach Joe Bob Clements. “Ever since I’ve been here and with every phase we’ve gone into, he’s been better than the last phase.” Now that fall camp is over, he’s ready to go back to his main job. “I just want to go back to hitting quarterbacks.”

4. RB1 will be Chris Carson

This hasn’t been decided. All reports from camp are that Rennie Childs had an excellent fall camp, but with the praise about Chris Carson, it’s safe to say Carson will eventually transition into the lead back role. Childs, Todd Mays, and even Jeff Carr will likely see the field a lot, too. But if you’re picking the guy, Carson is your man. 5. OSU is going to be good again

Mike Gundy is in full fledged GundySwag mode about this team, like he knows something we don’t. “We’ve come a long way in the last six months,” Gundy said. “I know I feel a lot better. We’ve made some great strides. We’re excited about the future and we’re all pulling together again.”

One more week, ladies and gentlemen.