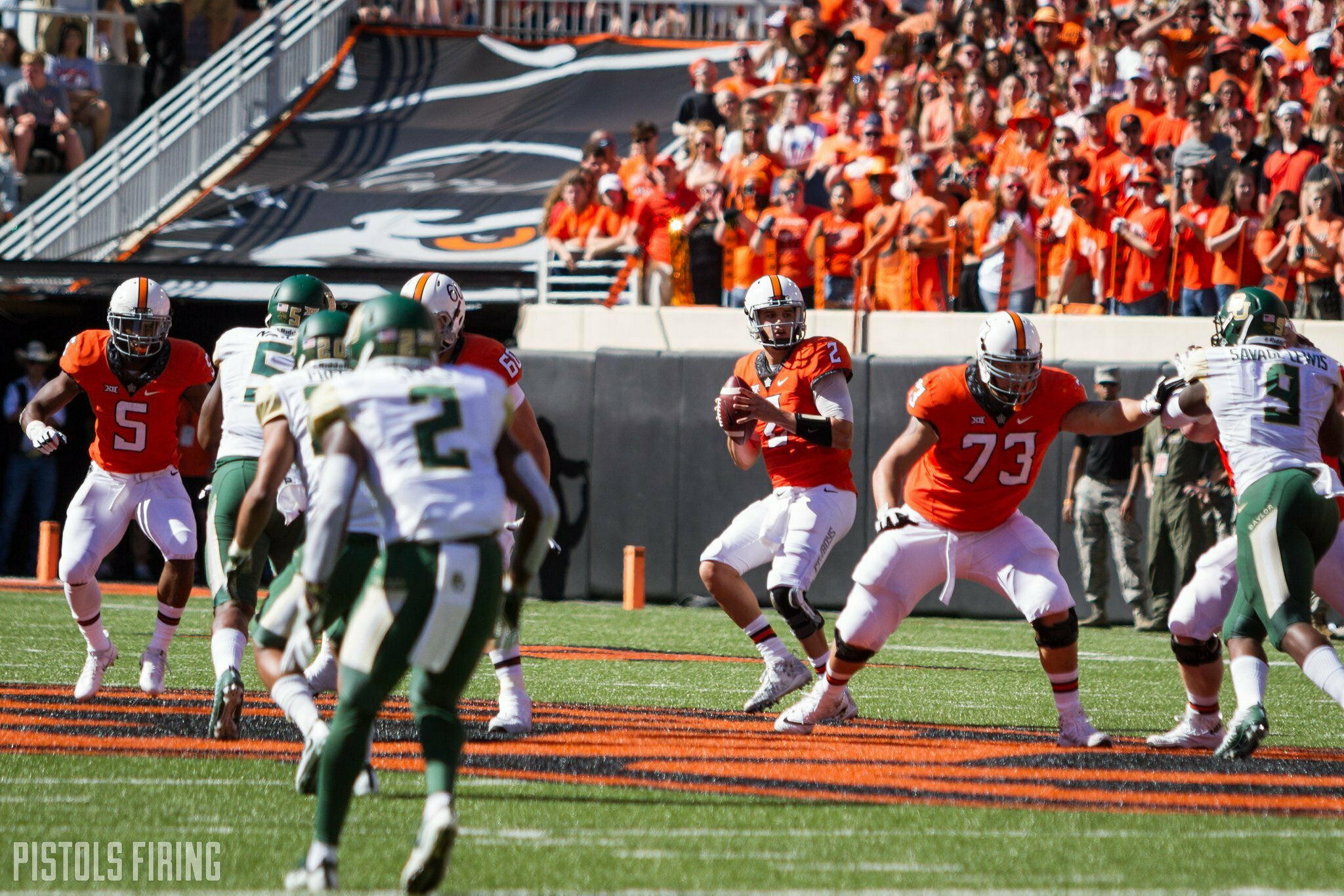 For the second installment from the Texas Tech game in the 2017 successful play series, I take a look at at popular run-pass option (RPO) from the Oklahoma State playbook: the Slant Bubble RPO.  If you want to check out my previous post from the TTU game, or my articles from the TCU or Pittsburgh games, they can be found below:

Before we dive into a video of this play, let’s take a look at the diagram below.

Above you’ll notice the offensive line is blocking for an Inside Zone run. The Inside Zone blocking scheme consists of an O-lineman blocking a gap instead of a man. If the lineman has a defender lined up in front of him, he will block that defender. If he doesn’t, then he steps toward the play side and either helps double-team a defensive lineman or moves to the second level. Along with the zone run, the outside receiver to the two receiver side is running a slant, while the inside receiver is running a bubble route. On the backside the receiver is running a go route, but he isn’t really an option on this play unless the quarterback sees a favorable matchup pre-snap.

The way this play typically works is before the snap, the quarterback will analyze whether the run or the pass option is the better call. As you can see in the image above, the Red Raiders have seven defenders in the box, or close enough to the line of scrimmage to quickly attack a rushing play. This isn’t the most favorable matchup for the Inside Zone attached to this RPO.

So, the QB has decided to pass, he will now normally read the defensive back lined up over the inside receiver. If this defender breaks on the bubble route, the quarterback will throw the slant. In turn, if that DB hangs back in coverage, he will throw the bubble. Now, let’s take a look at a clip from the TTU game.

I believe this RPO concept will continue to show up in new offensive coordinator Kasey Dunn’s playbook as we have seen it used pretty frequently in recent years.