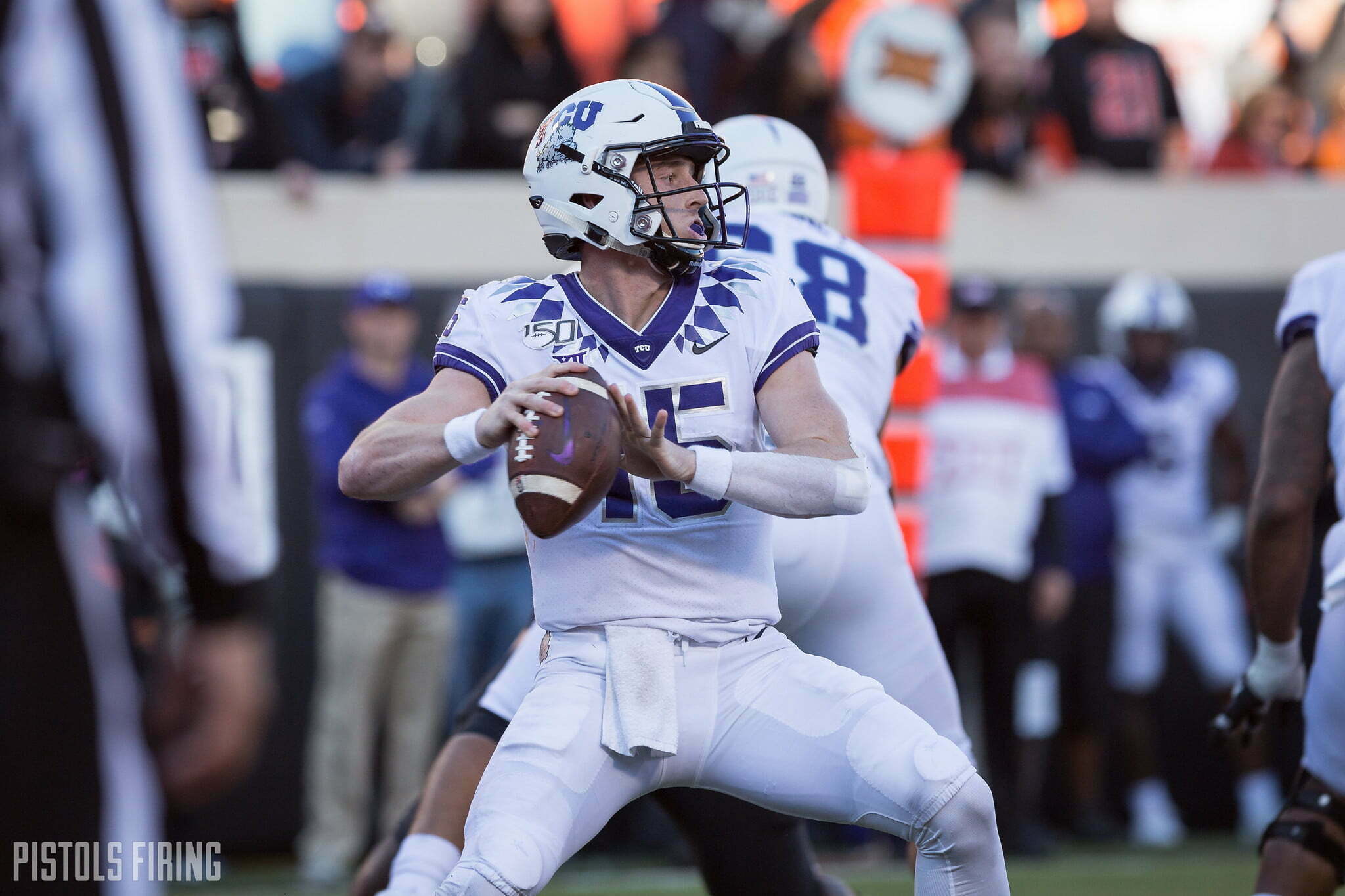 The Big 12’s two best quarterbacks on its two best teams will square off this Saturday with the driver’s seat to Arlington on the line.

Football is a team sport, so it’s not just about Spencer Sanders versus Max Duggan. But there are enough similarities at this point in each passer’s season to make this an interesting storyline. And if you look at the numbers, they have been pretty evenly matched in their two previous meetings.

Sanders comes in with 37 starts under his belt (29-8), Duggan with 34 (18-16). While Sanders has the edge in career wins — he just moved into the No. 2 spot in school history — there are plenty of similarities between the two quarterbacks over their careers that got them here.

Both were touted four-star, dual-threat prospects that earned Gatorade Player of the Year in his respective senior season, in his respective state. Both first saw the field in 2019. And both had a somewhat rocky start, which is typical for freshman QBs that take the reins of a program.

And when you look at their previous head-to-head meetings, the two passers were pretty evenly matched.

In 2019, Sanders and Duggan squared off in Stillwater as rookies, and the home QB came out on top despite a late push by the visitor. Let’s compare their stat lines.

TCU played from behind most of the game and never led, which forced Duggan into slinging it quite a bit more and, consequently, throwing three picks. To that point in his career he had thrown just one interception in seven games. Sanders, on the other hand, was just charged with keeping the ball away from his counterpart and had the luxury of handing it off to a the nation’s leading rusher Chuba Hubbard.

Duggan made it a game, leading the Frogs on two scoring drives after throwing his third interception to pull within 34-27 in the waning seconds, but the Cowboys held on. 1-0, Sanders.

In 2020, Duggan got his payback in Fort Worth. This time, their passing stat lines were almost identical, but Duggan did his damage on the ground.

OSU’s offense was decimated with injuries. Chuba was out. Teven Jenkins was out. And then Tylan Wallace left this game with injury. Before he hit the sideline, Wallace reeled in a 55-yard touchdown pass to put the Pokes on top 22-20 late in the third in this back-and-forth affair. But without Tylan, the Cowboys couldn’t move the chains, and Duggan polished them off with a 71-yard score to Derius Davis that would be the game-winner. Chalk up one point for Duggan.

Duggan was out with injury for TCU’s blowout loss in Stillwater last year, leading to an inevitable tie-breaker this Saturday with Big 12 implications.

Both quarterbacks have their teams off to a 5-0 start and sit tied for the top spot in the league. OSU is No. 8 in the AP poll after dropping a spot, and TCU climbed to No. 13 this week.

And once again, Sanders’ and Duggan’s stat lines (on the year) look pretty similar.

Each appears to have come into his own as a fourth-year starter. Sanders has become an even more lethal red-zone weapon, racking up six rushing scores in five games. His previous season high was six in 14 games last season.

The two sit at No. 1 and No. 2 in the Big 12 in passing yards, with Duggan leading the league in completion percentage. His 194.4 passer rating ranks second nationally only to Heisman darling, Ohio State’s C.J. Stroud. Both have limited the turnovers greatly in the early goings of the season with Duggan throwing his first pick in the second quarter of TCU’s win in Lawrence last week.

But most importantly, the two sit at No. 1 and No. 2 in the Big 12 race, each with a chance to remain unbeaten and continue his push for a Big 12 championship. Who knows? Maybe they’ll meet again in Arlington, but a win on Saturday puts each QB, and each team, in the driver’s seat.