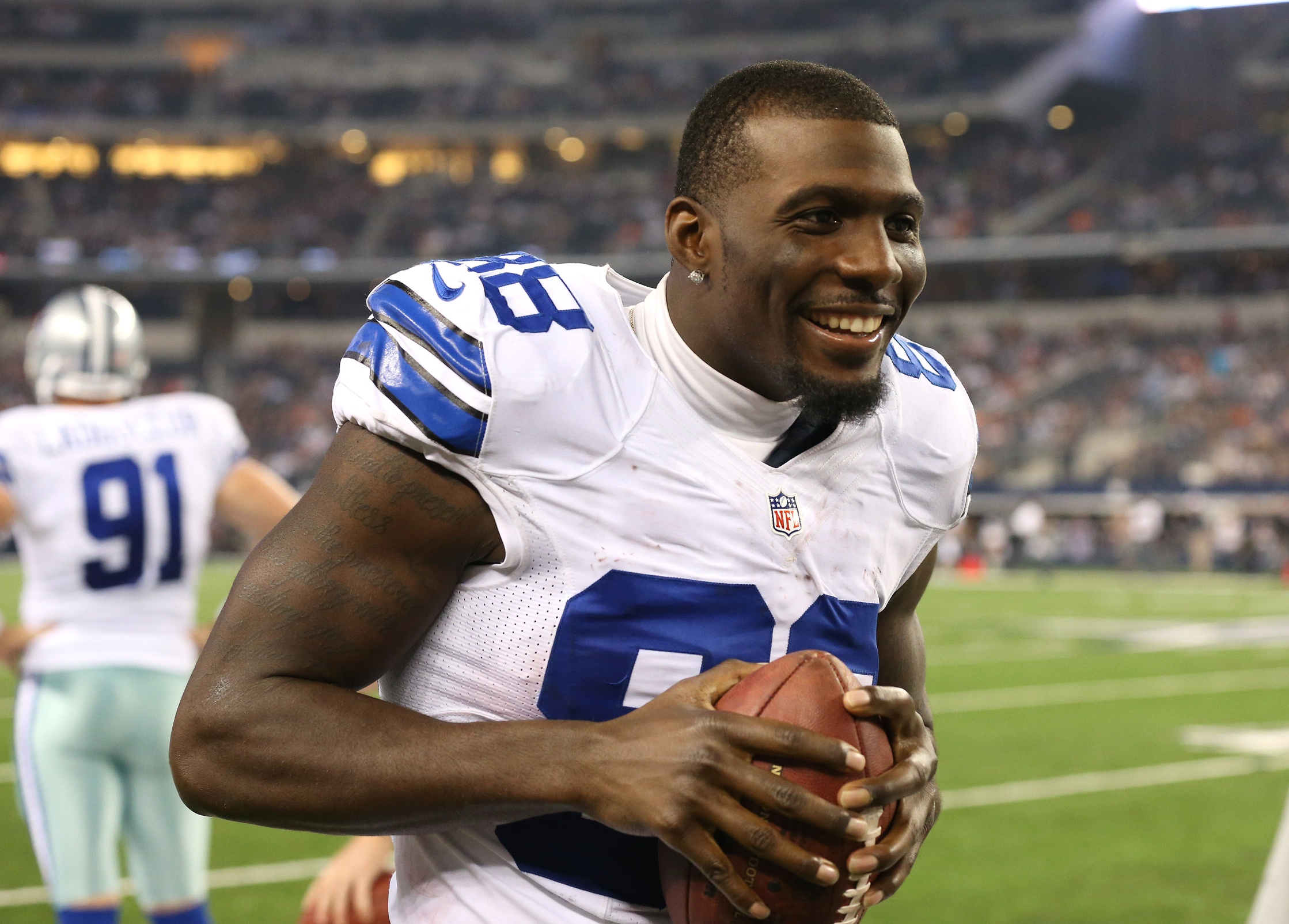 There has been much written about Dez Bryant John Foots (as Dean Blevins calls him which, by the way, is never getting topped as a nickname) — most of it on Twitter which I’m still not totally sure counts as actual writing, but at the very least much pontificating and riffing.

The Dez suspension thing still burns me up more so because it’s a microcosm of the NCAA’s ridiculousness than about Dez actually getting suspended.

The problem with comparing the two situations — Dez getting nine games worth of suspension in 2009 and Foots getting 0.5 in 2013 — is that the actual reason each was suspended is actually different.

Why Dez got suspended

If there’s one thing we’ve learned about the NCAA it’s that they don’t necessarily care what you do as long as you tell the truth about it. Somehow, they hold the morality of truth-telling above all other things (perhaps to shroud the undercurrent of hypocrisy teeming through their organization).

And that bit, not telling the truth, is why Dez was suspended. Here’s an excerpt from a New York Times article in 2009:

Bryant was ruled ineligible for violating N.C.A.A. bylaw 10.1 (d), which prohibits “knowingly furnishing the N.C.A.A. or the individual’s institution false or misleading information concerning the individual’s involvement in or knowledge of matters relevant to a possible violation of an N.C.A.A. regulation.”

Basically, he lied about meeting with Deion.

It’s not clear whether or not the meeting with Deion would have ever been classified as a violation (this article says OSU offered to classify it as such in its reinstatement papers for Dez) because it’s not clear whether or not it was ever proven that he received “preferential treatment” for getting an agent via the Deion meeting. It was certainly threatened but when the NCAA found out he lied, that violation trumped all others.

The whole thing was a big mess.

Why Foots got suspended

Johnny got suspended for violating this NCAA bylaw:

[A student-athlete cannot accept] any remuneration for or permit the use of his or her name or picture to advertise, recommend or promote directly the sale or use of a commercial product or service of any kind.

So essentially he was providing people with his autograph so they could sell it but, of course, didn’t in any way receive any compensation for it (right).

In Foots’ six-hour meeting last week he was apparently honest enough (read: the NCAA had no other evidence) that they said “yep, he’s not lying, slap him on the wrist, when’s that Bama game?!”

Well they didn’t say that last part — or I don’t think they did anyway.

So at first glance, yes, it looks as if Foots got off with a much lighter sentence but they were actually being punished for two different things. Foots would never lie about what he did (of course) and Dez did.

And as we discussed above, the NCAA holds telling the truth above all of its other potential 13,003 violations.

So yeah, doesn’t mean I’m not still mad about the Dez suspension.