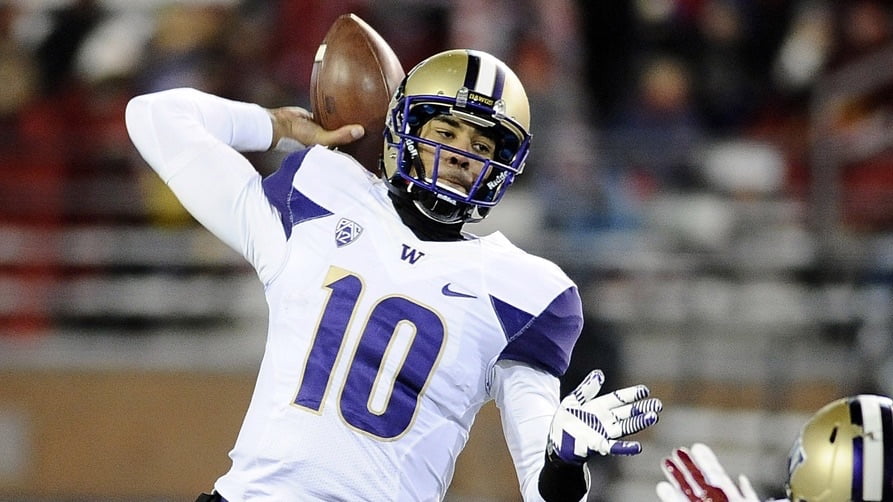 Washington intrigues me as a college football entity. After reading about their squad for the last few weeks it feels like they should be better than their 8-5 record.

They have three AP All-Americans on defense. Three! Out of 13! I can’t imagine having one All-American defensive player, much less three.

They’ve been abysmal on offense. For all the talk of Chris Petersen’s genius and how many formations they show on that side of the ball, it hasn’t been a banner year in Seattle for points and yards.

Offensive points per value drive[1. Possessions that begin on the offense’s own side of midfield and reach at least the opponent’s 30-yard line.]

You could make the case from these numbers that the Washington offense has actually, on some level, been worse (!) than the Oklahoma State offense and we all lived through that mid-season horror show.

The Huskies’ defense, though, is worth the price of admission its stars suggest its worth. It only gives up 1.61 points per drive compared to OSU’s 2.34.

So the likely question that will have to be answered on Friday night is whether a refreshed OSU offense is worthy of the challenge that a slightly-depleted[1. Its best corner was dismissed in November.] Washington defense will pose.

“This group had tremendous success at rushing the quarterback and playing in the backfield, being very disruptive on the offenses that they’ve competed against,” said Gundy earlier this week.

“It will be very important for us to give Mason and the backs an opportunity to execute a play without somebody being in the backfield and being disruptive. ”

That will be a difficult proposition sans Tyreek Hill but if you’re betting against No. 10 for the Cowboys then you’re probably doing it wrong.