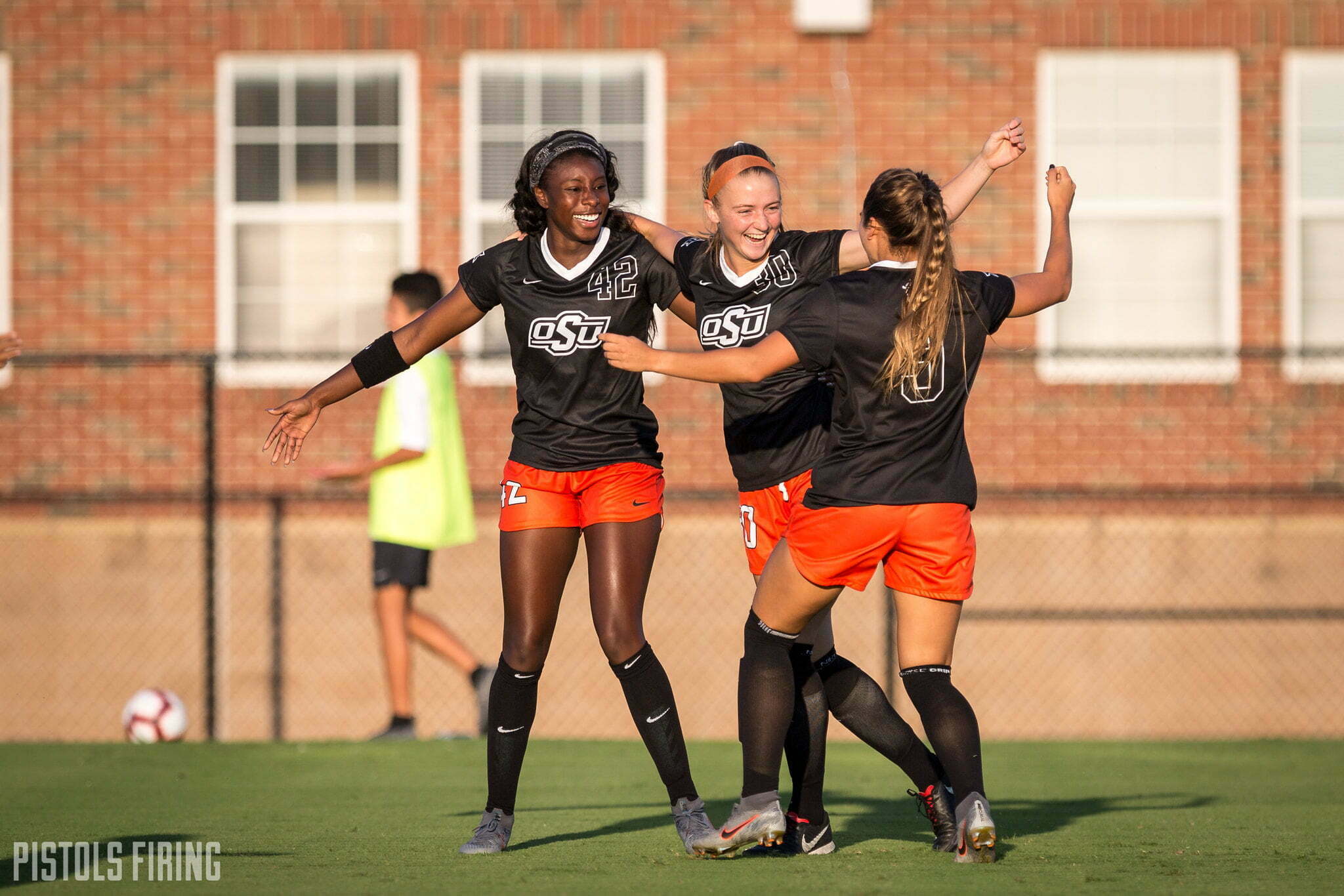 Big 12 play hasn’t started yet, but the OSU soccer team already looks much better than its seventh-place placement in the preseason poll. Meanwhile the Cowgirl golf team started its new era victorious, and the OSU men’s tennis team got its season underway. Here is a recap of that action.

Make it five wins in a row for the Cowgirls.

After upsetting a top-10 team on the road Thursday, the Cowgirls returned to Neal Patterson Stadium to defeat Omaha 1-0 on Sunday. OSU is 6-0-1 this season.

Freshman Olyvia Dowell netted the game’s only goal in the 48th minute. It was Dowell’s fourth goal on the season, and she’s started all seven of the Cowgirls games. That’s not a bad start to a collegiate career.

Up one! Olyvia Dowell fires to the bottom right corner off of a @jacirjones through ball to put #okstate up 1-0 in the 48th minute. #GoPokes pic.twitter.com/i5O9jd1doL

Jaci Jones got the assist, giving her four this season. Jones has scored or assisted on 10 of OSU’s 19 goals this year.

The Cowgirls will play at home twice this weekend, starting with Kennesaw State at 7 p.m. Thursday. OSU will then host SMU at 1 p.m. Sunday, and that game will be available on ESPN+.

Greg Robertson is #OnPaceGuy to be the greatest women’s golf coach in history.

The Cowgirls won the Trinity Valley Invitational in Dallas last week, finishing with a two-over 866. That’s six strokes ahead of second-place Texas Tech.

Freshman Isabella Fierro was the highest-placing Cowgirl, finishing fourth with a three-under 213 in her first collegiate event. Hailey Jones, another freshman, wasn’t too far behind, finishing seventh at one-over 217.

Han-Hsuan Yu finished tied for eighth two strokes behind Jones, but Yu competed as an individual. Lianna Bailey and Michelle Forsland were part of a five-player group that tied for 11th at four-over. And Emma Whitaker finished tied for 25th at eight-over.

Up next for Cowgirl golf is the Windy City Collegiate Classic starting Sept. 30.

The OSU men’s tennis team started its season out with victory in Napa, California.

The Cowboys won the Silverado Invitational this weekend after winning 14 of 17 matches between singles and doubles play.