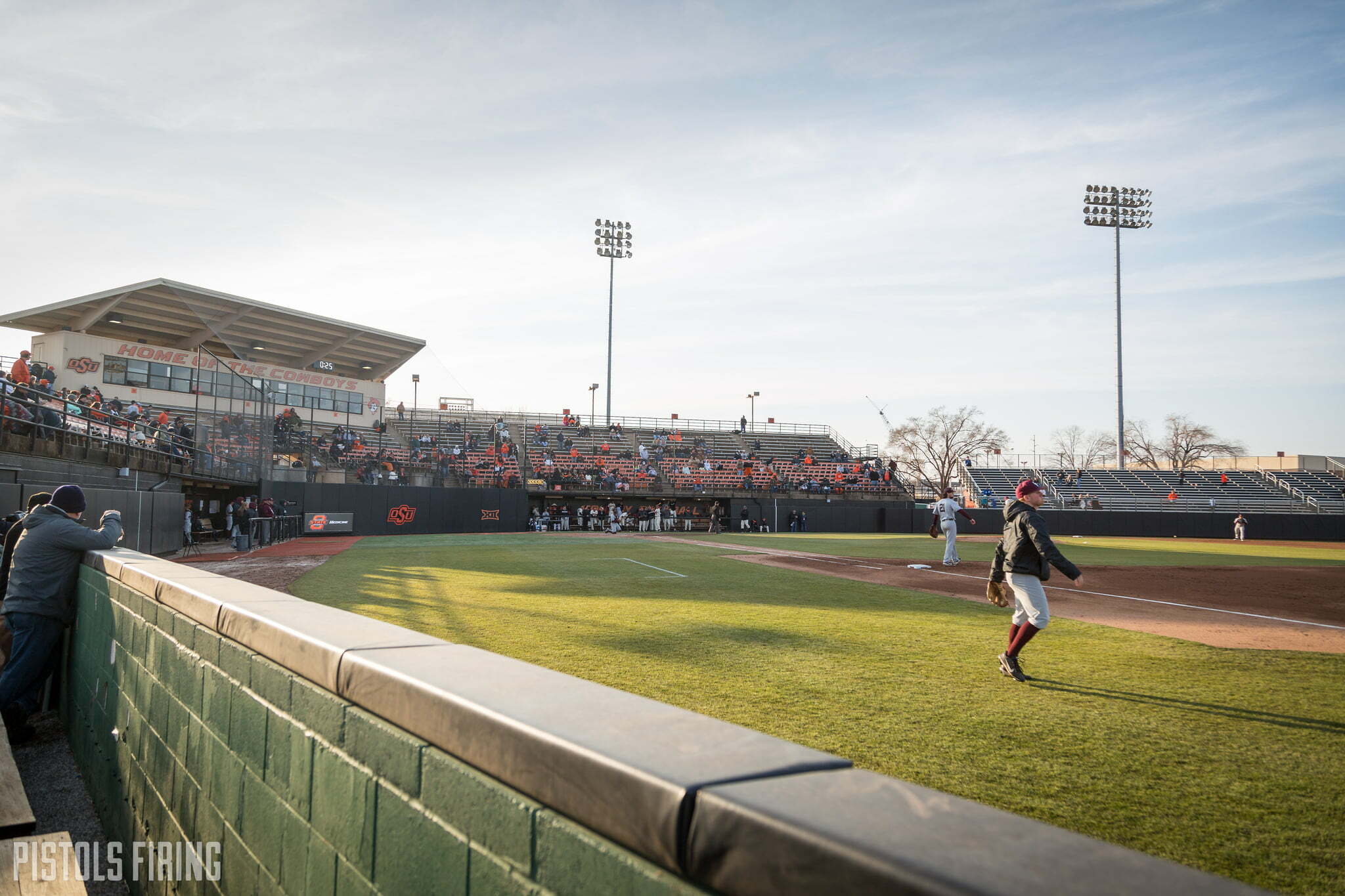 Weather pushed what was supposed to be a traditional Friday, Saturday, Sunday series into a doubleheader Friday with the final game on Saturday. The Cowboys won the first game 5-4, lost the second game 5-4 and lost the rubber match 3-2. The series moves the No. 19 Cowboys to 6-4 on the season.

Freshman second baseman Hueston Morrill continued his hot streak at the plate. In the series, he had five hits, scored three runs and had two RBIs. He batted leadoff all three games. Through his first 24 collegiate at-bats, Morrill is hitting a team-high .500. He also leads the Cowboys in on-base percentage (.586) and stolen bases (four).

Mitchell Stone, who started Game 3 on the mound, had an impressive performance. He threw seven innings, where he allowed one unearned run and had four strikeouts. The Pokes had a 2-1 lead in the eighth inning in Game 3 before giving up runs in the eighth and ninth.

The Cowboys will be back in Allie P. Reynolds Stadium on Wednesday to face Wichita State. This weekend OSU will be in Los Angeles as part of the Dodgertown Classic, where the Pokes will play USC, UCLA and Michigan.

The Cowgirls slammed the competition at the OSU Invitational this weekend, winning all four matchups a combined 35-4.

The Cowgirls hit nine home runs this weekend, including six against Northern Iowa. Show leads all Cowgirls with six home runs while having a team-best 2.70 ERA in the circle. That’s some versatility.

The Cowgirls are 14-5 this season and host Wichita State on Wednesday. This weekend OSU will travel to Oregon for a three-game series against the Ducks.

The Cowgirls’ tough stretch continues, as they dropped both of their games last week, losing to Oklahoma 75-66 and Baylor 76-44.

The Cowgirls are 2-10 in their past 12 games. OSU will wrap up its regular season Monday night, as the Cowgirls host Kansas State for senior night. OSU lost its previous  game against K-State 59-48 in Manhattan earlier this season.

The Big 12 Tournament is this weekend in Oklahoma City. As of now, the Cowgirls are the seven seed.

The Cowboy tennis team spent much of last week in California, matching up against San Diego, Cal and Villanova.

The Pokes doubles tandem of Mathieu Scaglia and Maxim Tybar also competed in the 130th annual Pacific Coast Doubles Championship. Scaglia and Tybar made it to the round of 16 in the 64-team bracket before falling to UCLA’s Govind Nanda and Johannes de Villiers.

The Cowboys haven’t had a match in Stillwater since Feb. 1. That will change Friday when North Carolina State comes to the Greenwood Tennis Center. OSU will also host Memphis and Oral Roberts on Sunday.

OSU hosts Fresno State on Saturday and is then off until the Big 12 Championship on March 29, which will be in Stillwater.