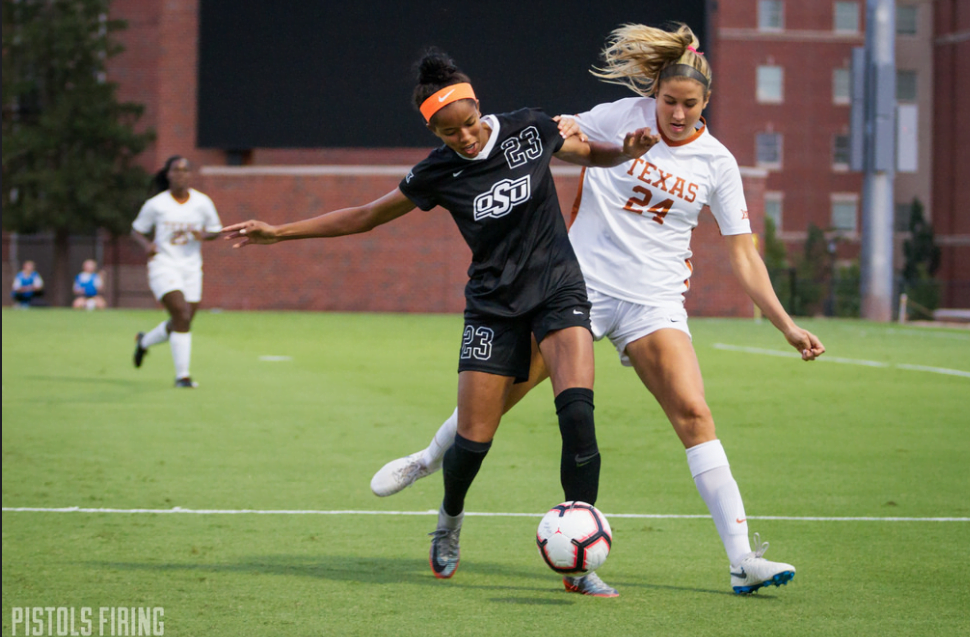 The Oklahoma State soccer season came to an end Thursday night when the Cowgirls fell to TCU 3-2.

The Cowgirls needed a win or a draw to advance to the Big 12 tournament, but a TCU goal in the 83rd minute ended the OSU’s season. Grace Yochum and Rachel VanFossen scored for OSU.

Vivian Gray led OSU in scoring with 18 points. She also brought in eight rebounds, dished three assists, got two steals and blocked a shot. Gray was one of three Cowgirls who scored in double figures, the others being Braxtin Miller (16) and Kassidy De Lapp (10).

The Cowgirls defense forced Northeastern State into a 22.9 field-goal percentage, and NSU was went 1-of-15 from 3.

The Cowgirls start their season against Arkansas State on Nov. 9 in Stillwater.

Loved being back in our historic arena to cap a memorable homecoming week! #okstate pic.twitter.com/l1TAYJ4ssv

The OSU softball team wrapped up its fall schedule with a pair of dominant victories.

The Cowgirls topped Cowley County 19-0 on Tuesday and beat Butler 12-2 on Wednesday.

Against Cowley, OSU used three pitchers who gave up a combined two hits and struck out 19. Michaela Richbourg started the scoring with a three-run home run. Richbourg finished the game 2-for-3 with four RBIs and two runs scored. The home run was one of four the Cowgirls hit.

Against Butler, OSU used five pitchers, but still gave up only two hits and struck out 15. Sydney Pennington got the scoring started with a grand slam in a first inning, where the Cowgirls scored six runs.

OSU coach Kenny Gajewski seemed to be have a good time.

The only thing more interesting than what's happening on the field is what @OSUcoachG has to say about it!

Here's your chance to see what the boss is like on gamedays in Stillwater.?️? #okstate pic.twitter.com/H8s5ShY8Ar

It was a day of second-place finishes for the OSU men’s and women’s cross-country teams at the Big 12 Championships on Friday.

Iowa State took home both team titles on its home course. Johnson finished the women’s 6K in 19:56.3. Taylor Sommers was the next Cowgirl in, finishing in ninth place at 20:49.3. Kaylee Dodd (12th), Ariane Ballner (14th), Grace Baker (15th) and Molly Born (16th) all finished within about 10 seconds of Sommers.

The teams will compete at the Midwest Regional Championships in Peoria, Illinois, on Nov. 9.

We didn’t take home titles like we wanted to today, but a lot of positives and tons of improvement! Hear what Dave Smith had to say about #Big12XC and what the future holds for both of his teams. #okstate #GoPokes pic.twitter.com/OZaD55m1fQ

Stephanie Astrup led the way for the Cowgirls. Astrup had a career best sixth-place finish at 3-over 219. Chih-Min Chen was the next OSU player on the leaderboard, finishing tied for 32nd at 10-over. A pair of Duke golfers tied in first at an even 216.

The event wrapped up the Cowgirls’ fall schedule. Their next outing will be Feb. 3-5 at the Northrop Grumman Regional Challenge.