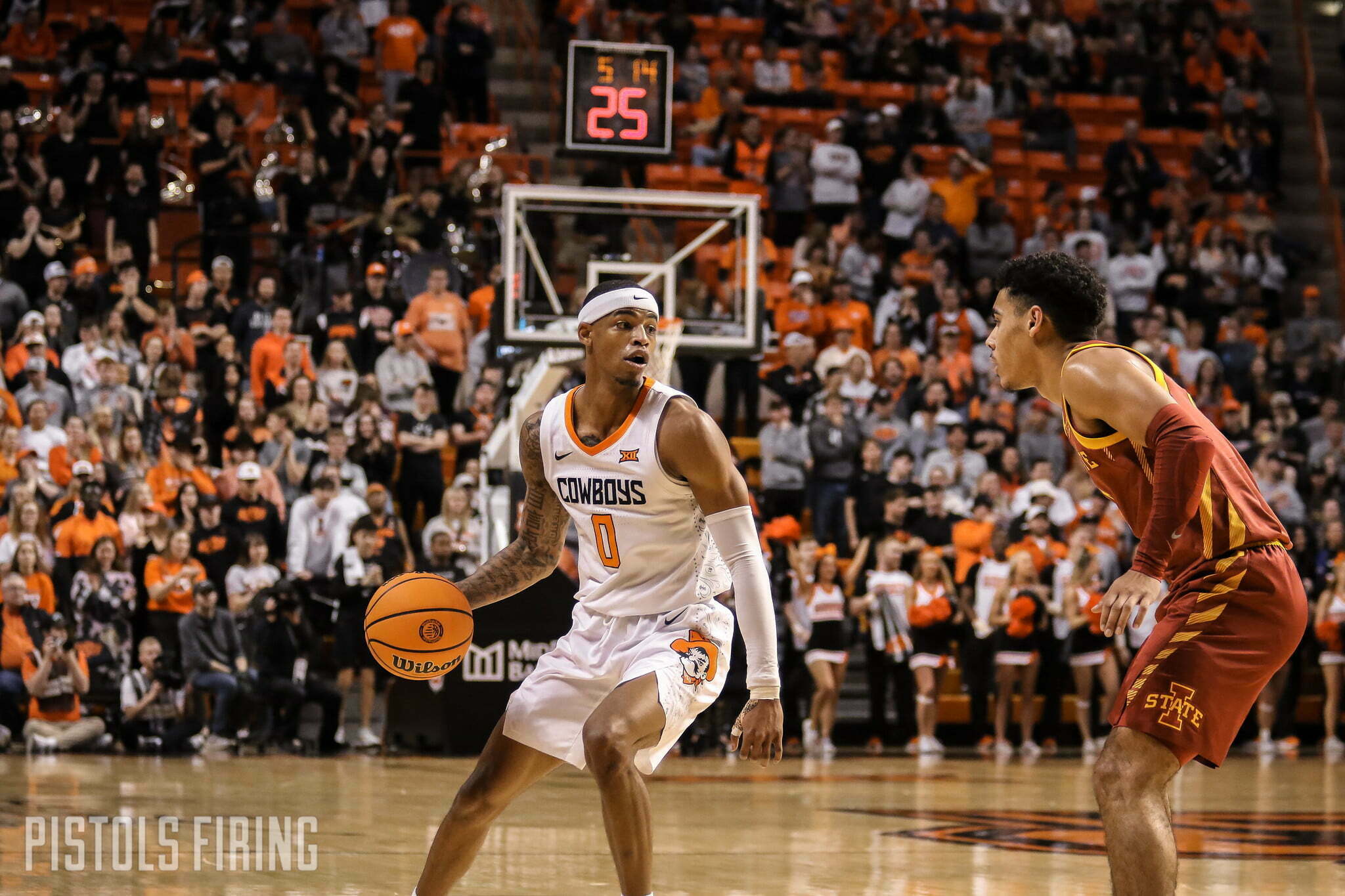 After a big week of basketball, the Cowboys have their first conference weekly award.

Avery Anderson was named Big 12 Player of the Week after averaging 16 points and five assists in Oklahoma State’s wins against Oklahoma and Iowa State.

He helped bring the Cowboys back from a 16-point deficit Saturday against Iowa State. Against the Cyclones, Anderson scored 18 points to go with three rebounds, five assists and three blocks. He scored efficiently as well, shooting 56% from the field and 67% from 3-point range.

Against Iowa State, Anderson again took off in the second half, scoring 14 points and having four assists. He scored seven of OSU’s first nine points of the second half. He hit a pair of free throws with 3:09 to play to finally give Oklahoma State a lead, and when the Cyclones tied the game with a 3 with 1:25 to play, Anderson got to the basket and got the lead back with a layup.

Anderson and the Cowboys play Texas at 8 p.m. Tuesday in Austin.

Big 12 Player of the Week