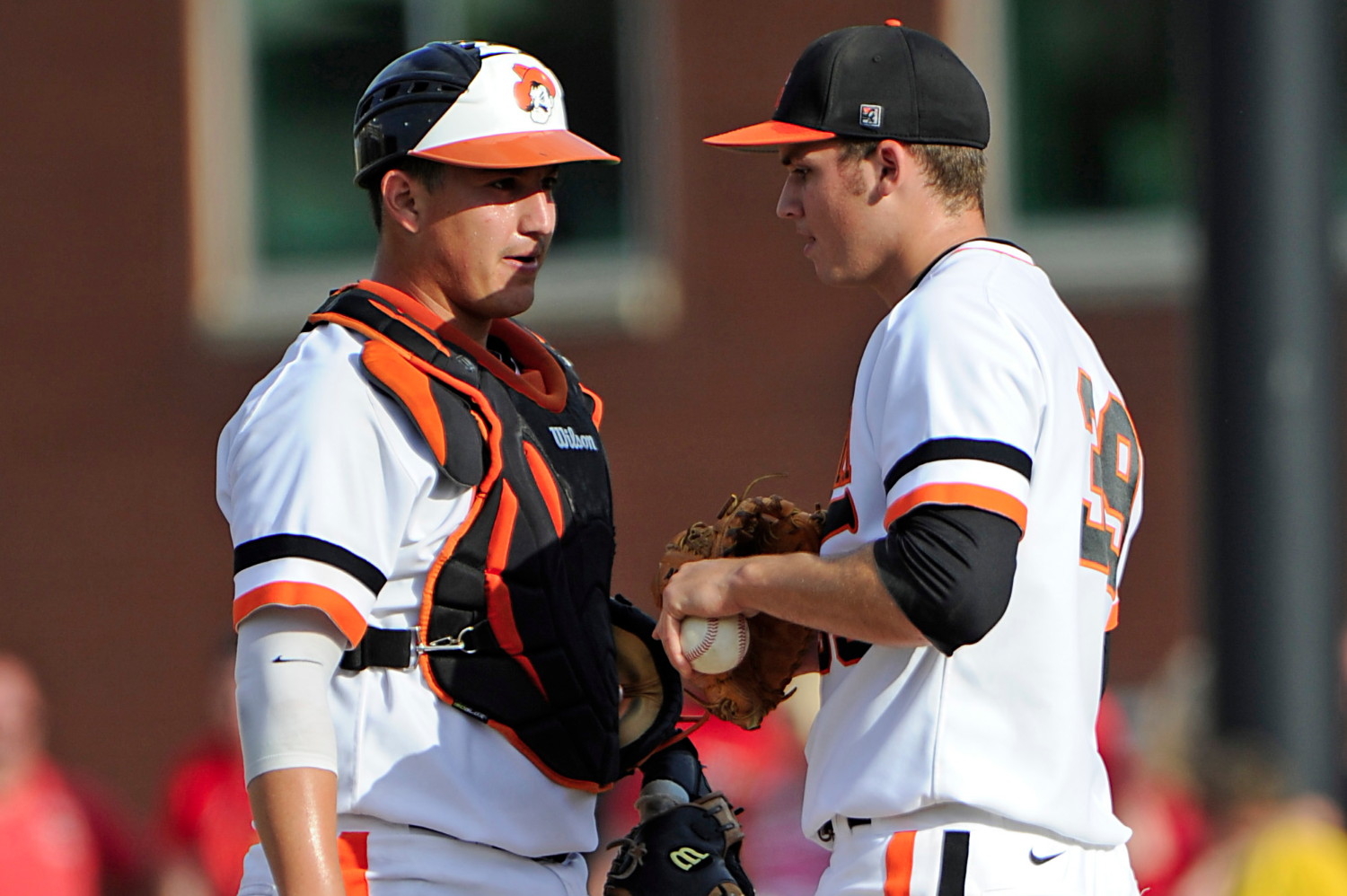 The season is finally upon us.

Year two for Josh Holliday begins today at 11 am against Incarnate Word in the UTA/Hilton Invitational. No TV, but if you are in Stillwater, you can listen to it on 93.7 FM.  With that said, let’s look at where the Cowboys are in the national polls and who they are going to play this season.

OSU is ranked in three of the four national polls: USA Today and Collegiate Baseball have us ranked 18th, while the NCBWA has us 19th. Pretty consistent, and a fair assessment of the team so far. This is a top-20 team that has potential to go very far this year. Maybe Baseball America will realize that soon, seeing as how the publication didn’t rank the Cowboys in its preseason Top 25.

The Big 12 coaches also know how good the Cowboys are. OSU got two first-place votes in the preseason poll and are tied for second with TCU. Only defending regular-season champion Kansas State got more votes.

The Cowboys are challenging themselves in the non-conference part of the season this year, which is good for two reasons: it will prepare them for a tough Big 12, and it will make for some great home games.

OSU starts the season in Arlington, playing in the UTA/Hilton Invitational. While there, they will face Incarnate Word, Stephen F. Austin and UT-Arlington, and should arrive back in Stillwater 3-0.

That starts a six-game home stand with Alcorn State and Oakland, before the team travels to Surprise, Arizona, for the Sanderson Ford College Baseball Classic. While there, the Cowboys will take on defending West Coast Conference champs Gonzaga and No. 20 Arizona State, who lost in a regional final last season.

There’s no rest when OSU gets back, either. Three games against WCC favorite San Diego follow, along with one game against defending Missouri Valley Conference champs Wichita State. Both of these teams could be ranked by the time they get to Stillwater, and should be good tests for the team entering conference play.

After three games against Texas-Pan American, Josh Holliday takes his team to Waco to start the conference portion of the schedule. The Cowboys will play eight straight on the road, including a quick trip to Missouri State and then to TCU the following weekend.

The road trip ends with the annual non-conference Bedlam game in Norman. And yes, you just read that correctly. With the Bedlam Series split between OKC and Tulsa every year, both teams play one non-conference game on each campus so the students have a chance to see a home Bedlam game.

Not that this game needed any added intrigue, but the Sooners are coming off a great season in which they won the Big 12 tourney and advanced to a Super Regional. And to add on top of that, Sunny Golloway (finally) left for greener pastures, taking over at Auburn. Pete Hughes has come over from Virginia Tech to lead the program, so that’s something to keep an eye on as well.

The Cowboys will return home to play three against Texas Tech and a midweek game versus Arkansas-Little Rock before traveling to Morgantown, W.V. for a series.

April 15 marks the non-conference Bedlam home game (students, write it down in your planners now). The Pokes then host lowly Kansas for three games, and assuming Bill Self doesn’t get bored and start coaching the baseball team, we should be good there.

Another interesting game on the schedule is Oral Roberts, where assistant coach Rob Walton spent nine years as a head coach. In those nine years, he won nine conference championships and appeared in nine regionals. The team struggled without him last year, going 25-32 and missing the postseason. The next weekend sees the Cowboys travel to Austin for three games against a top-25 Texas team, followed by a return trip to Wichita to play the Shockers.

With only nine conference teams, one team has a break from conference play every weekend. Holliday will use that weekend as a test though, bringing in No. 20 Arizona State for three games at the start of May. This will be a crucial stretch for the Cowboys, as they next travel to defending champion K-State, host ORU for a game, and end the regular season with the Bedlam showdown.[1. Isn’t that how we want to end every season though? Beating our rival to go to the Fiesta… oh sorry. Still bitter.]

From there, it’s the Big 12 Championships in Bricktown and, assuming success, the Cowboys could even host a regional. Allie P. hasn’t hosted one of those since 2008, but easily have the talent to do so this year.

If you can’t make it to Stillwater to catch a few games (you really should, by the way), every game is on the radio and some will be televised. Another good way to follow along is Twitter: you can follow the official OSU baseball account:

…or Wade McWhorter, the baseball SID: