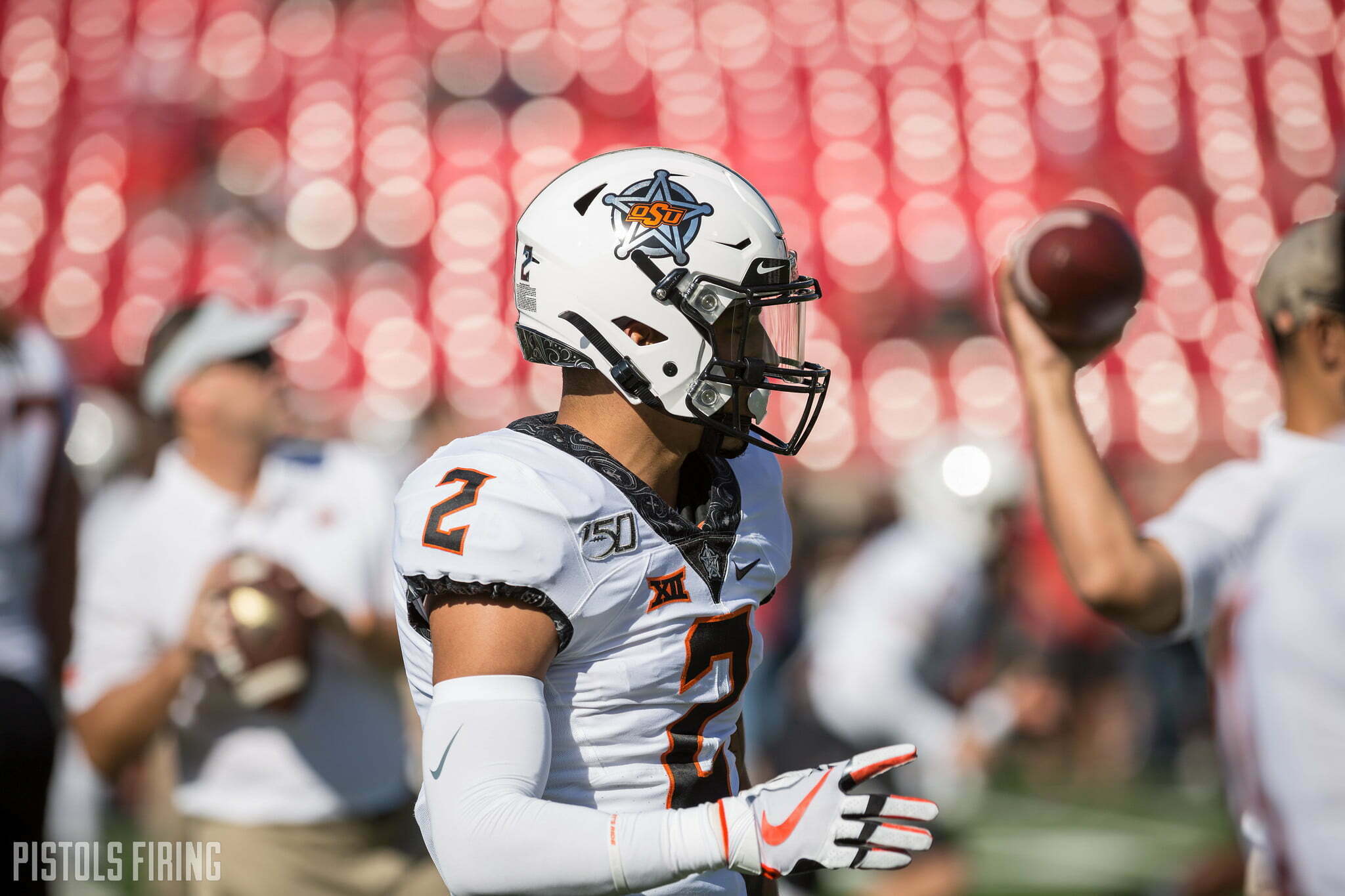 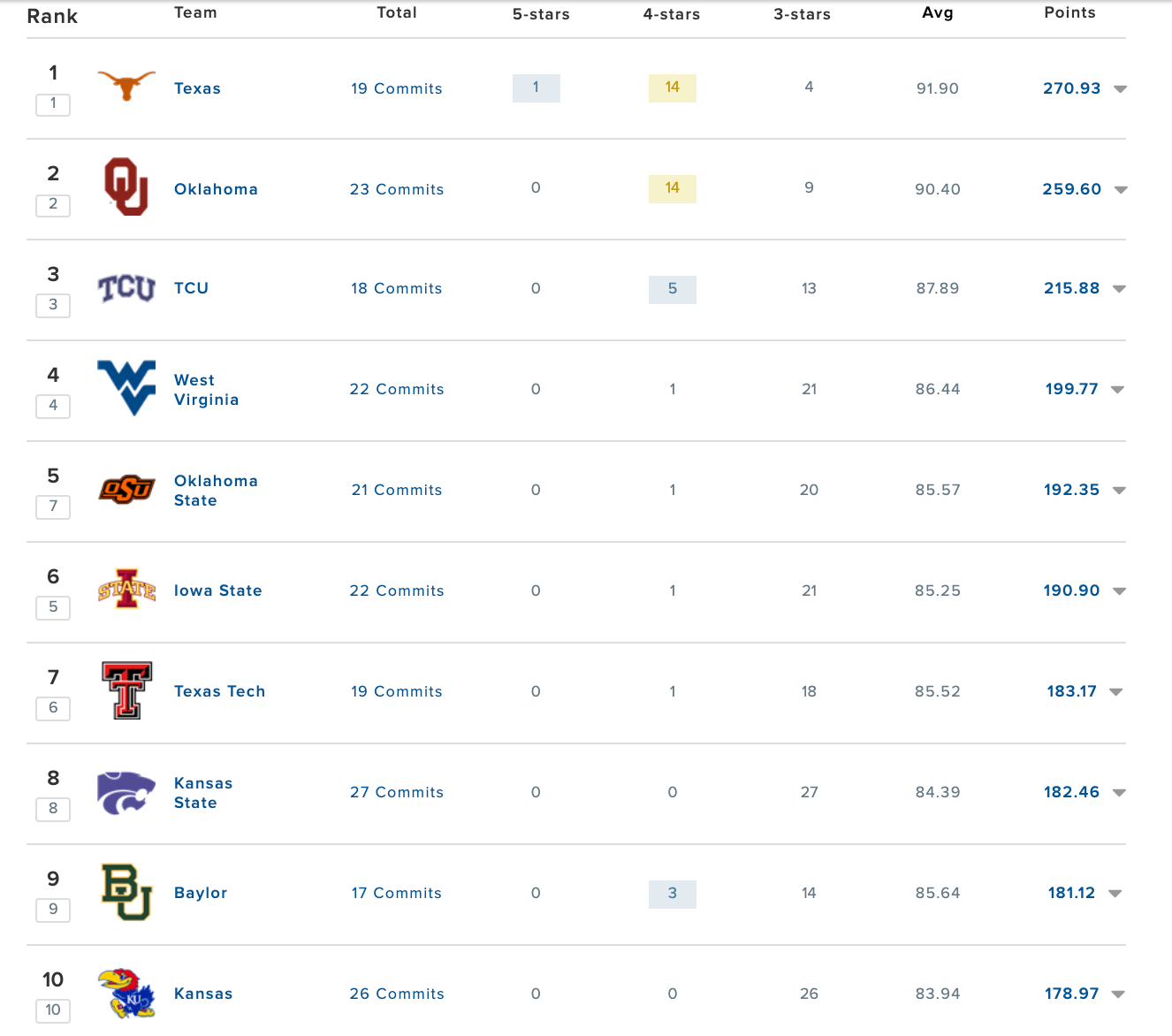 Now that I have your attention, let me explain.

Here’s the thing, your goal in football recruiting is two-pronged. Both are important, but one is more important than the other. Here are the two prongs.

1. Create viable depth for a college football team.
2. Find stars who are difference-makers.

If you’re an elite recruiting school, there is overlap here. You create depth with stars. That’s the holy grail and not something Oklahoma State — nor any other non-OU or non-Texas Big 12 team — will ever achieve.

When presented with the choice between the two, you’d rather take swings with four-star guys than load up with tons and tons of not-four-star guys. Put it this way: Would you rather have six Dillon Stoners or one Tylan Wallace?

Obviously it’s not that simple, and in a perfect world you would rather have six Tylan Wallaces. But OSU doesn’t live in a perfect world. However, they do live in a world where only, what, 50ish guys contribute in a meaningful way to a season. Maybe more, maybe a few less.

You don’t need 25 guys in every class. It’s fine to have, and it’s smart to take shots with as many three-star guys as you can find if you’re not going to land any four- or five-star guys, but it’s not preferable. You would lower your ceiling to a limit of 15 players in each class if you could guarantee that 75 percent of them would be four-stars.

Why? The hit rate on four-star guys is simply higher. When half (sometimes more, sometimes less) of each class will never contribute in a meaningful way to your program, you’re constantly playing the percentages. OSU does a really good job evaluating which three-star players will fit and become great. But you’re never going to out-evaluate talent. It’s like trying to out-write a reporter. You can get by here and there and even appear better, but in the end, the reporter is generally going to provide his or her audience with far more value than somebody who simply writes.

So this is why I’d rather have Baylor’s class with fewer players than OSU’s class, which is ranked higher. And this gets lost when we look at recruiting rankings. We live at the altar of the numerical ranking, but the actual number that matters is how many four- and five-star guys you’re getting. How many difference-makers in actual games. I’d rather have 10 five-star guys than 200 three-star guys. I think that has become clear over the past decade. If OSU was finishing No. 33 in the rankings but bringing in six four-star guys a year, I would not care at all. Reality: They’re not doing either.

If you asked me to give up six of OSU’s three-star players coming in for two extra four-star guys, I’d do it in a heartbeat. It would be dumb not to. I wrote extensively about that and hit rates here. The point is that you should always try and collect as much talent as possible at all times. You’re definitely not going to nail every single one of those, but four-star guys are four-star guys for a reason. They destroy in college at a far higher percentage than three-star guys. It’s actually a pretty straightforward concept, one that Baylor nailed this year and Oklahoma State did not.