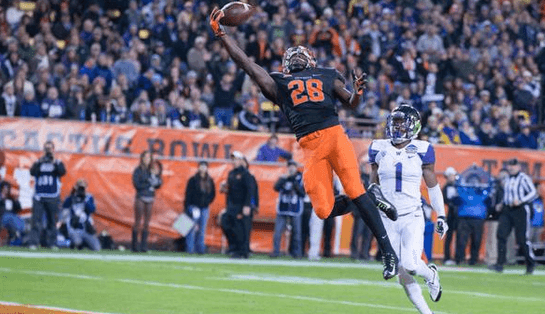 I haven’t done this in a while but there was so much great external content from Friday that I decided to break it out into its own social media post.

Here are all the best Tweets and Vines from OSU’s Cactus Bowl win over Washington.

Castleman on Rudolph: "I honestly didn't think a young quarterback like him could do the things he's done, honestly." #OKstate

James Castleman: I'm getting this first down.

Chris Petersen got out-Petersen'ed in a bowl game in the Phoenix area. Everything comes back to you…

• This is true but it was also the only time I noticed his absence.

Wide plays are the glaring absence of Hill.

• Here’s what the James Castleman plays are called and why.

Why "lahi?" Gundy: "We named it for Ofa (Hautau) because he was upset he didn't get to carry the ball or catch a pass." #OKState

• This exchange might have been my favorite part of the game.

• The opposite of the “stand everybody up” defense we run.

Ashes… Ashes… We all fall down! Our entire line hit the ground! #footballisfun pic.twitter.com/QS9wPW5jYu

I'll wear anything with the old Pistol Pete logo on it. Grumpy, smoking, homicidal. Oklahoma-ish.

• This is very true.

Washington's sideline has been waving white flags all game

• What a dang photo.

• This was a great way to describe the Castleman TD.

Rudolph gonna b way better! RT @BrianHD79: . @OkieFields Reminds me of another true frosh QB I saw play when I was in college, circa 2001 😉

• Here’s another angle on the Castleman TD. Yep, still awesome.