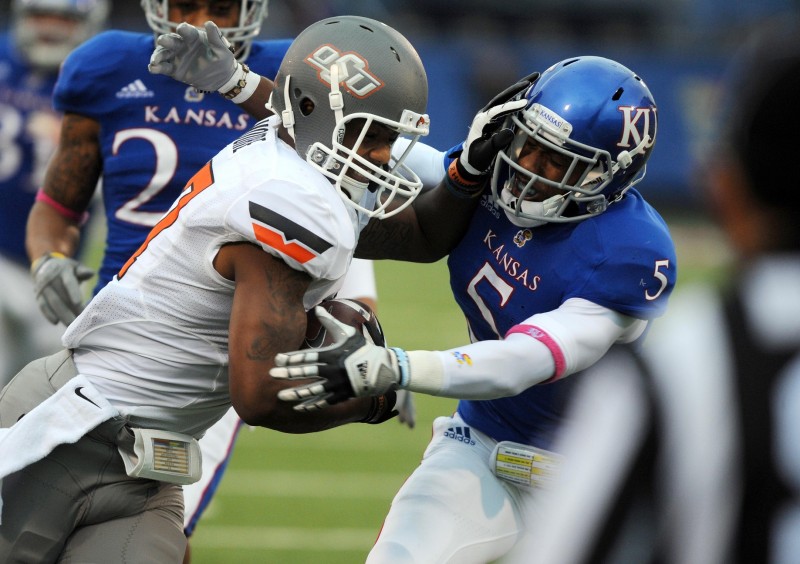 Really, this is happening.

When I read this article in the Oklahoman today my first instinct was to giggle at the headline because…you know…Big 12 refs and such.

But at second glance adding another Big 12 official to every game (from seven to eight) is going to help OSU’s offense. Here’s Berry Tramel:

The extra official has one primary job. In this age of hurry-up offenses, of quick snaps and frantic substitutions, the alternate ref is being asked to retrieve the ball and set it ready for play as quickly as possible.

“It’s not officials’ role to say, ‘we’re going too fast,’” said Walt Anderson, the Big 12’s director of officiating. “I would tell this to coaches: ‘It’s your game. You play it how you want to play it. My job is to figure out how to keep up with it.’”

And uh, quite the contrast to this notion going on in (part of) the SEC right now that hurry up offenses should be banned.[1. I still reserve the right to be anti-hurry-up if someone provides statistical scientific evidence that it, in fact, results in more concussions etc. and not just “uh, yeah, I think so.”]

So anyway OSU tried out the new eight official thing in its spring game and it went well:

Anderson just told Yurcich, let’s get together after the game and let the officials know if OSU’s offense had to wait.

Anderson said Gundy later told him that the officials ended up waiting on the offense.

Anderson said the “sense from other officials on the field, it was giving everybody more time. We’re not creating more time; the pace of the game is the same.”

“There have been areas where we’ve been vulnerable,” Anderson said.

This is great news for the Pokes. Gundy and Yurcich have both insinuated they want to keep going faster and faster and for an offense that was spotty at times last year I think that will be a very good thing.