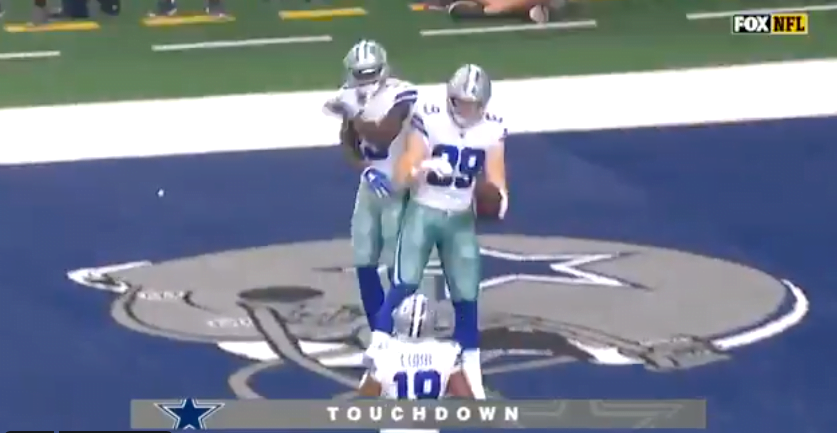 Four different Dallas Cowboys players caught touchdowns against the New York Giants as America’s Team opened its season up Sunday with a 35-17 rout of their rival, and former OSU tight end Blake Jarwin even got in on the action.

Jarwin caught all three of his targets for 39 yards, but his best haul was his first: a 28-yard reception that put Dallas on the board for the day and opened up the floodgates.

All Blake Jarwin does is score touchdowns. pic.twitter.com/3a48F0zB3z

Jarwin finished fourth on the team in yards receiving on the day, but first among all tight ends. While ex-Monday Night Football announcer Jason Witten also caught three passes, he did so as a safety valve, converting all three for only 15 yards.

And thus continues a weird-yet-awesome trend for Jarwin, who in his early NFL career has absolutely roasted the rival Giants. Last season against the Giants, in the best game of his career, he caught seven passes for 119 yards receiving and three scores in a Cowboys rout. Pretty sweet, huh? His former position coach seems to have enjoyed it.