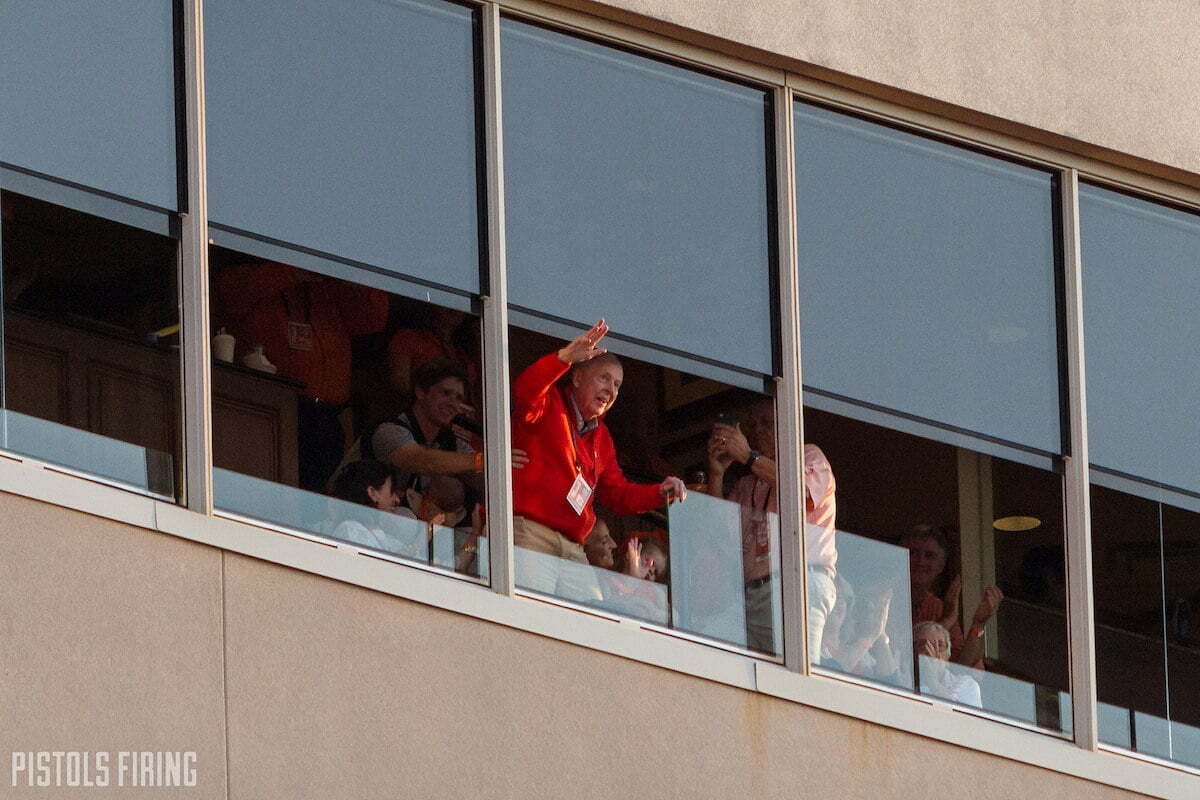 Megabooster T. Boone Pickens has a notorious history of being a tough man to please, specifically as it relates to Bedlam and OSU’s struggles against the Sooners under Mike Gundy.

A year ago, Boone began the season by addressing the media and letting it be known that he wasn’t happy about the 2-9 record against OU — which set in motion a bit of a rift throughout last season that teed off Gundy. But this season, Boone didn’t address the media face-to-face and issued a statement that had nothing to do with OU.

And despite a loss to the Sooners this past weekend, Boone issued a positive statement on Twitter in support of his alma mater and Mike Gundy, saying thanks for “one of the greatest games I’ve ever watched.”

Love direction #okstate football is heading. Best is yet to come.

I'm proud of @CoachGundy and #okstate football. Thanks for 1 of the greatest games I've ever watched. My heartfelt note to coach… pic.twitter.com/l2yucWFctZ

For a guy who is as tough to please as any, it’s good to see Boone erring on the other side of things. OSU-OU was a shootout that, acknowledge it or not, could’ve gone either way, and the Pokes didn’t hold a single bullet in their chamber before it was over with.

Gundy responded to Pickens’ kindness, too.

“It was a hell of a game,” said Gundy. People ask, ‘How do you live through that?’ It’s pretty entertaining for me, honestly. I sit back and couldn’t be more proud of what’s been built.