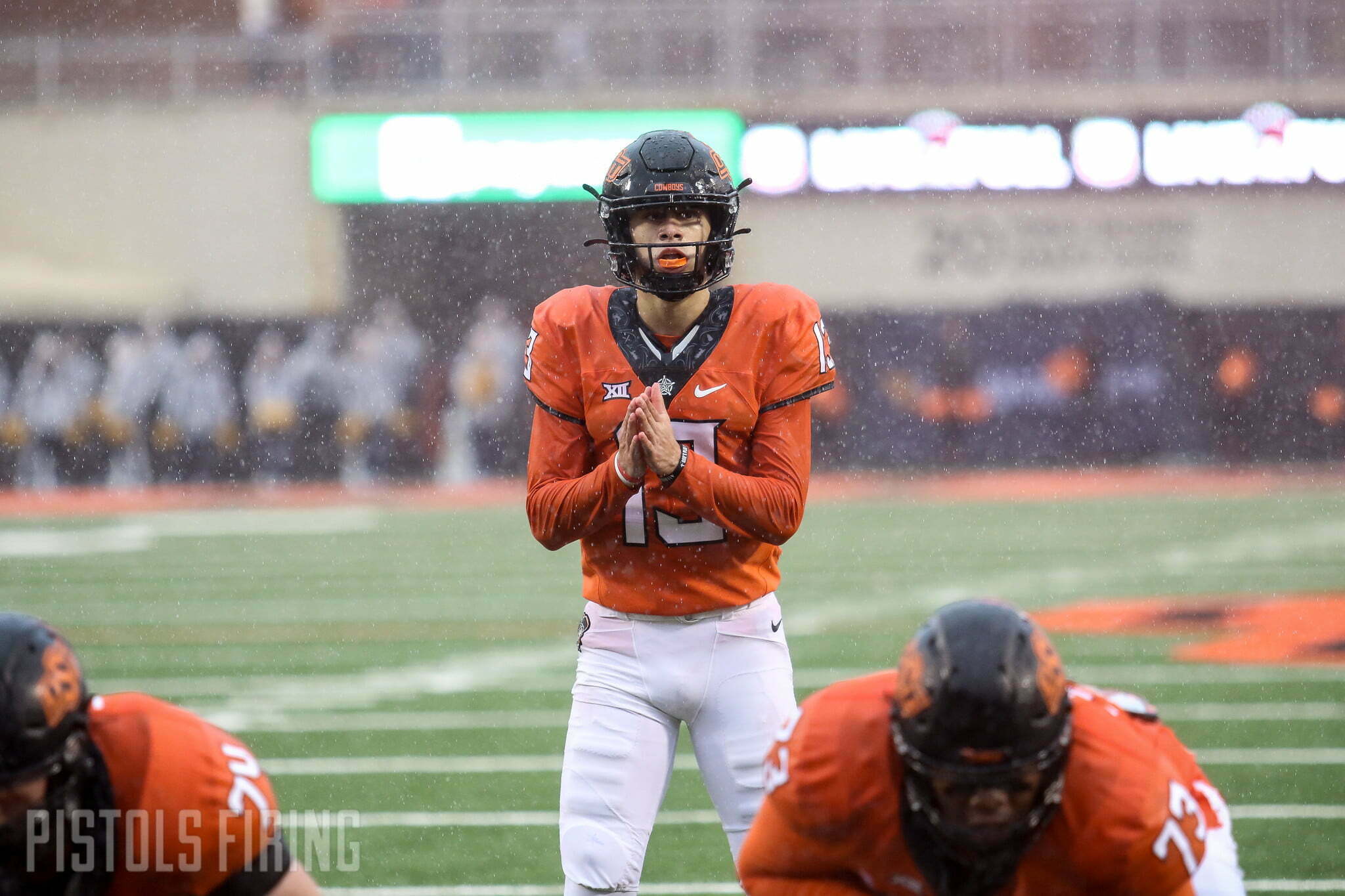 Bowl season always provides opportunities for potential breakout stars, but this year is like none other. With an influx of Cowboys jumping into the portal — 14 as of writing — there are a lot of bowl reps up for grabs. Here are six players who will get an opportunity to earn reps for 2023 and beyond on Tuesday night.

I’m assuming that Rangel gets the nod over Gunnar Gundy based on how the end of the season played out, but the freshman will be playing for the job of OSU’s next franchise QB. With only three games under his belt, Rangel will retain his redshirt status for this year which means that if things go well he could lead OSU’s offense for the next four seasons. But with touted freshman Zane Flores set to join the program — and the potential for OSU to still add a transfer this offseason — there will be plenty of competition for snaps come spring. A nice outing in the desert could go a long way in solidifying his bid for QB of the future.

I went a little deeper in the running back room because I consider Ollie Gordon to have already broken out. I think he’ll be the Cowboys’ planned RB1 moving forward with Jaden Nixon having proven his ability to be lethal. Where Jackson falls in the mix remains to be seen but he’s already hinted at a return for his final year of eligibility. The former Texas A&M transfer had his career best performance in the season finale with 12 carries for 56 yards. If he can bring the thunder to Gordon and Nixon’s lightning, the Cowboys could have a formidable three-headed RB monster come next year.

Bishop will start in the place of OSU’s departed leading tackler Mason Cobb. He’s primed for a breakout, but he’s already been impressive when he’s seen the field. According to Pro Football Focus, Bishop graded out as OSU’s top tackler and was second on the roster in run defense this season, behind only Tyler Lacy. With the way the Badgers like to run it, Bishop will get ample opportunity to show off his strengths. It’s been a slower burn for the former junior college backer but assuming he takes up the NCAA on his extra Covid year, he could be a major part of OSU’s defense next season.

After appearing in four games as a true freshman, OSU might have considered protecting Epps’ redshirt status with only a glorified exhibition left on the slate. But after saying goodbye to Jabbar Muhammad and Demarco Jones, the Cowboys aren’t blessed with much cornerback depth. He’s got the physical tools to be a high-end corner in the Big 12. (Mike Gundy likened him to Justin Gilbert at signing day last year.)

All the Cams at CB. Smith appeared in all 12 games for the Cowboys this season, starting against Texas and Kansas. But with the Cowboys’ abovementioned dearth of reps on the outside, the freshman finds himself atop the Cowboys’ depth chart for Tuesday night. It will be a good chance for both young corners to put more reps on film and lay the groundwork for next season and beyond.

Kelly only saw the field in five games this season, but with departures like Brendon Evers and Tyler Lacy (both to NFL), there are plenty of holes to be plugged up front and Kelly has the size and skill to fill them. He was OSU’s highest-rated freshman defender (to appear in more than one game) according to PFF.